No Ordinary Being: Book Review 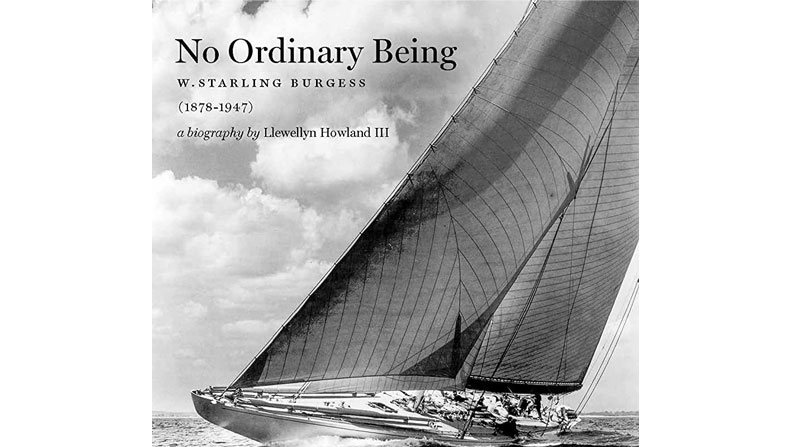 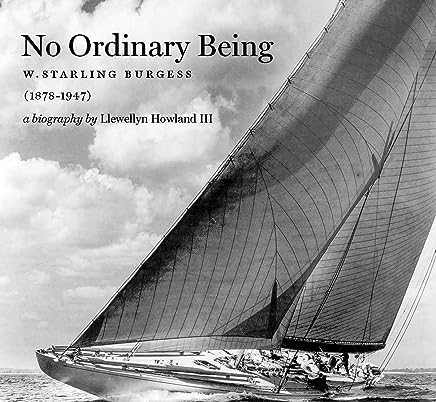 If the name Starling Burgess is known today it’s most likely as a collaborator with Olin Stephens in the design of the magnificent J-class Ranger, winner of the 1937 America’s Cup. The popular scenario is of an aging and declining Burgess, 30 years Stephens’ senior, passing the design torch to the rising Stephens. This “A Star is Born” scenario is attractive, if not entirely accurate. Most would be surprised to hear that it was Burgess’ design for Ranger that was chosen, rather than Stephens’.

The story of the design of Ranger is just one small chapter in Llewellyn Howland’s sprawling and detailed biography of this incredible individual who, like his father Edward Burgess, designed three America’s Cup winners. Howland starts with Edward Burgess’ own design legacy and the influence of his parents’ early deaths on the young Starling, as well as his school years at Milton Academy and Harvard, his first marriage and publication of a book of poetry, before leading the reader to Burgess’ early, often radical, designs during the last years of the Seawanhaka Rule and the early years of the Universal Rule after he opened his own design office in 1901.

Howland then describes Burgess’ remarkable full-fledged leap in 1910 into the emerging aircraft industry, his involvement with the Wright Brothers, and his being credited with the first aeroplane flight in New England. With the sale of his aircraft company and its loss by fire, Burgess returned to full-time yacht design in 1918 with the re-rig of the William Gardner-designed Vanitie for the 1920 America’s Cup trials and the design of numerous successful and less successful R-Boats, Q-Boats, K- and M-boats under the Universal Rule and any number of 8-, 10-, and 12-Metres under the International Rule, most built by Abeking & Rasmussen of Germany.

This was also the period Burgess designed the notable fishing schooners Mayflower, Puritan, and Columbia for racing for the International Fisherman’s Trophy that led to a number of commissions for performance schooner yachts, most notably Advance, the first staysail schooner rig that was to find its zenith in Burgess’ design of Paul Hammond’s Nina, winner of both the 1928 Race to Spain and the Fastnet Race and, under the long-time ownership of DeCoursey Fales, winner of the 1962 Bermuda Race.

During this period Burgess also designed the Bermuda One-Design and tutored and employed such design protégés as L. Francis Herreshoff, Frank Paine, Henry Gruber, and Norman Skene. With his long background as the preeminent designer of the Universal Rule it was no surprise when Vanderbilt chose Burgess to design the 1930 America’s Cup defender, Enterprise, followed by Rainbow in 1934, and Ranger, in collaboration with Stephens in 1937.

During the same period Burgess became a design collaborator with Buckminster Fuller in the innovative, but ultimately unsuccessful, Dymaxion car, through which he met his fourth wife. It is his pioneering development, with input from his brother, of the first aluminum masts on Enterprise and Rainbow that led to a long contract with Alcoa to design and promote an Aluminum destroyer during the early years of World War II, followed by more successful involvement in developing equipment for anti-submarine warfare.

Howland documents Burgess’ long design career with his many business partners in companies such as Burgess & Packard, Burgess & Paine, Burgess & Morgan, and Burgess, Rigg & Morgan. His biographer does not flinch in examining the pain and chaos in Burgess’ personal life, beginning with his first wife’s suicide, the drowning death of a young son while on Burgess’ own boat, personal bankruptcy, morphine addiction, five marriages— with the resulting emotional pain for all involved as well as the financial responsibilities — alienation from his children of those marriages, and a too-early death at 68 in 1947.

Needless to say, Starling Burgess was not a cautious man. He took risks both in life and in design, some of which paid off and some of which did not.

What Howland also shows us is how much the profession of yacht designer has changed from the days of Starling Burgess. The stock in trade of most yacht designers, like Burgess and his contemporaries in the early and mid-20th century, was designing individual boats for individual owners, sometimes for cruising but more often for racing under the Universal or International Rule. Each design would result in a design commission that averaged 10 percent of the cost of the project and each design would further the knowledge base of the designer. Yes, Burgess was involved in the design and building of one-designs but, because these were built in wood and one at a time, they did not add much to his design income, which was based primarily on custom-designed one-off boats.

Those days have long gone. People no longer order custom one-off boats to meet the requirements of a particular rating rule and then take a personal interest in the building of that boat. One not only mourns the loss of designers like Burgess, but also the boating industry of which he was a part. With even the America’s Cup now becoming a one-design contest, as well as the Canada’s Cup and the Volvo racing, one has to lament the future of yacht design and yacht designers generally.

For those with any interest in the history of our sport and the people who greatly influenced that history, I highly recommend Llewellyn Howland’s excellent and absorbing biography of this exceptional designer — warts and all.