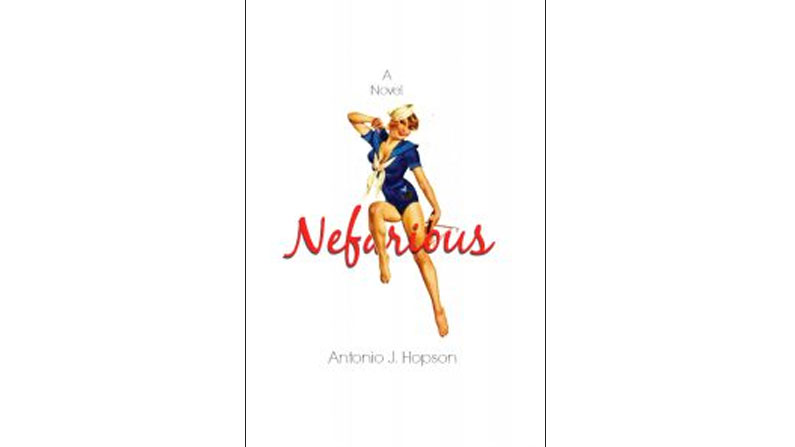 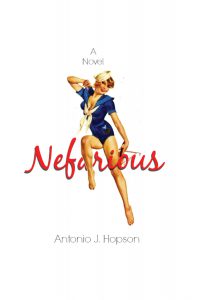 It is Race Week in the Salish Sea, north-northwest of Seattle, Washington. This is important to many of the characters in Antonio Hopson’s novel Nefarious, but not because they want to win any of the races, at least not mostly.

Nefarious is a Farr 30, one of the boats engaged in this sloppy Race Week mixture of partying, drinking, sex, and occasional sailing. She is skippered by Dan Swardstrom, a gentleman among pirates, vandals, and picaroons. His crew includes a folk musician and Robin Mac Bradaigh, a strong woman sailor referred to throughout the book as “pit girl.” Her boyfriend is Max Rigby, a writer who can’t sail, so he becomes shore support, cook, and observer of the goings-on. Other characters in this yarn include Kai, who spends a fortune on his boat, Jupiter, in the hope of beating Dan; Bonesteel, a grinder from New Zealand; Kevin, a native American tactician who uses a harpoon as a boathook; Edmund, head of the race committee who just wants everything to go well in order to impress the suits looking to bring a bigger race to Oak Harbor; Rhett, Yvonne, and Drunk Bob; a whale; and the Devil himself (he has a 50% share in one of the boats, but doesn’t control the races because he wants something in the universe to be random). All these people trade flasks, lovers, and boats with generalized abandon.

Author Hopson appears to want to be another Hemingway, or maybe Steinbeck. Which is forgivable because he is fairly good at it. There is very little sailing described—the one extended description of a race deals more with the crews arguing with each other and falling overboard than actual tactics. Racing Farr 30’s is the matrix within which these unique and interesting characters interact with each other. Scattered through the book are lovely descriptive turns of phrase, pithy sentences, and lovely, single-chapter biographies of a character. One gets to the point where one wants to know these people, even if they are foul-mouthed, crazy, drunk, and oversexed.

I read the first few chapters of Nefarious wondering “what is this?” but I was drawn in to the story of these sailors, even though the book has about as much to do with sailing as The Sun Also Rises has to do with astrology.