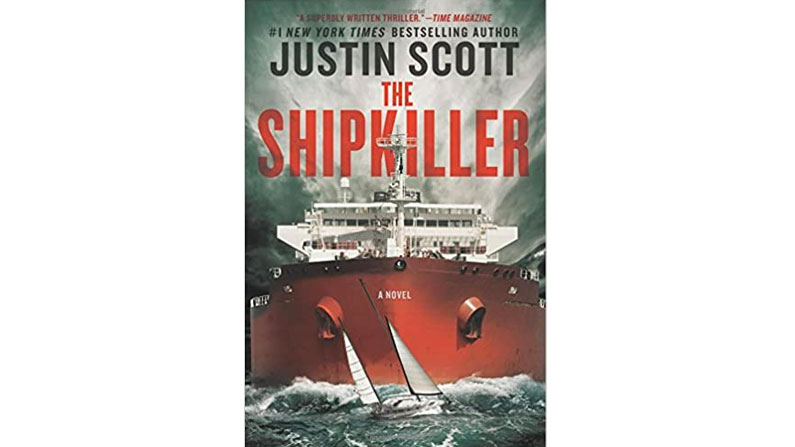 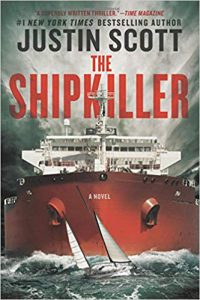 In the mid-1970s the world changed forever as we, the general public, were made aware of just how fragile our way of life is during the first oil shortage. Those of us who are old enough can remember when lines formed at gas stations around the country, and although we had never heard of OPEC, it soon became a household name. It was against this backdrop that Justin Scott wrote The Shipkiller, which has just been put back into print in a 35th anniversary edition. This is a modern-day David and Goliath story, with Peter Hardin as David. Goliath is the 1,800-foot Ultra-large Crude Carrier (ULCC) Leviathan that runs down Peter’s 40-foot ketch, Siren, during a squall in the North Atlantic without even noticing. Carolyn, Peter’s wife, is killed but somehow Peter survives and, after reaching several dead ends in his attempts to bring those responsible to justice, he takes matters into his own hands. The story takes us sailing from the North Atlantic to the Persian Gulf, with a few side trips into political intrigue, military corruption, and a little romance, though not enough of the latter to diminish the story.

The story has some built-in credibility. When The Shipkiller was written in 1977, economically transporting huge volumes of crude oil halfway around the world led to the development of the ULCC and many people wondered how big these things were going to get. Although an 1,800-foot ship has never materialized, in 1979, shortly after The Shipkiller, the Seawise Giant was launched. At 1,504 feet, she’s the largest ship that has ever been built. She was sold several times and spent her final years as the Knock Nevis, a permanently moored storage tanker, before being scrapped in 2010. Today, the largest ULCCs are over 1,300 feet long or almost three-fourths the size of Scott’s Leviathan, which is still plenty big — over four football fields big!

In the early 1980s I was bitten by the sailing bug, but I knew it would be a long time before I’d be in a position to buy a boat of my own. To scratch that itch, I read everything I could get my hands on that had to do with sailing and I remember The Shipkiller as one of my favorites. For the past few years I’ve had my eye out for it in the hopes that I would be able to read it again so, naturally, when I was asked to review the 35th anniversary edition I jumped at the chance. And I wasn’t disappointed. The Shipkiller has held up very well over the years and, given the fact that the world still faces an oil crisis, it’s just as timely today as it was in 1977.