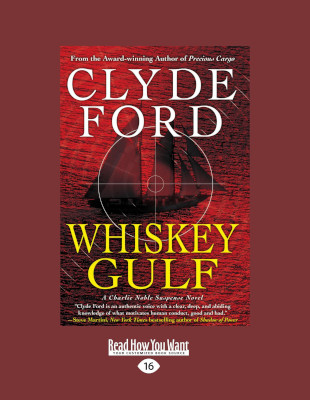 Author, chiropractor, and therapist Clyde Ford has written ten books — five non-fiction and five fiction. Whiskey Gulf; A Charlie Noble Suspense Novel, is Ford’s fifth work of fiction, and the third in the Charlie Noble series. Noble, who narrates the story, is a former Coast Guard officer now working as a private investigator specializing in marine crimes in the Pacific Northwest while living aboard Noble Lady, a 36-ft. Willard Aft Pilothouse trawler. In Whiskey Gulf, Noble is hired by a local yacht club in Bellingham, Washington, to investigate the disappearance of a sailing couple after they strayed into a military test area, Whiskey Gulf, during heavy fog. Whiskey Gulf is in the Canadian Waters of the Strait of Georgia and, at the time of the disappearance, the area was active with a joint-training exercise involving Canadian and U.S. forces.

It’s obvious from the beginning that Ford knows and understands boats and the people who use them, either for professional or recreational purposes. One interesting passage concerns the yacht club that hires Noble. He states that “most yacht clubs are. . . a collection of ordinary men and women with an extraordinary love for boats and the camaraderie that love engenders . . . men and women who stay young at heart by boating whenever and wherever they can.” This sounds like the kind of yacht club many of “the rest of us” may belong to. Ford’s writing style is such that we can tell he knows boats and boaters, how they behave, and how they feel.

Being from the Midwest, I was curious, so a cursory Google search revealed that the islands, channels, and other geographical features in the story, including the Whiskey Gulf area, are real, which makes the story more interesting. The plot is entertaining and moves well, but there are times when the reader may wonder if the author didn’t almost over-do it. The book is about one-fourth the size of your typical Tom Clancy/Jack Ryan novel, but Ford crams in a lot of stuff. It’s a spy novel/detective story, with a love story subplot, and a healthy dose of Native American lore and post 9/11 intrigue thrown in. In fact, there are hints of a contemporary version of Erskine Childers’ classic, The Riddle of the Sands.

Having said all that, Whiskey Gulf is an easy read for anyone who likes stories that move fairly quickly, with articulate attention to detail that enhances the author’s credibility. If you’re looking for something to fill a few evenings or afternoons when the weather dictates that you stay tied to the dock, Whiskey Gulf fills the bill nicely. 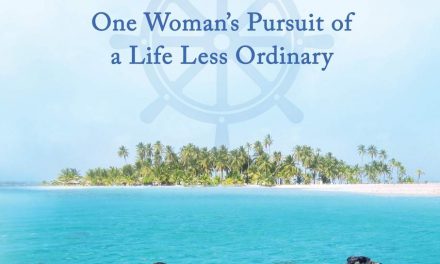