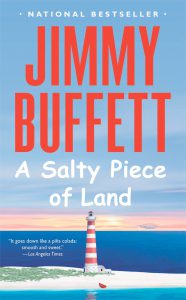 Jimmy Buffett, the novelist. Who knew? Well, apparently a lot of people. After all, this is his third book for adult readers, including his autobiography, A Pirate Looks at Forty. But, in a way, Jimmy Buffett, the novelist, makes a lot of sense. His music is about telling stories, creating characters, taking listeners away to another place and experiencing people and adventures far different from their normal lives. A Salty Piece of Land is all of that.

Through the voice of cowboy Tully Mars, his protagonist, Jimmy takes us from the foothills of Montana to the dark streets of the American south and eventually to the salty waters of the Caribbean…all the while in the company of a faithful horse, Mr. Twain, in tow, even if it means being lashed to the deck of a 30-foot sailboat venturing out from the coast of Florida. As unlikely as that sounds, it all starts to make sense as you get to know the naively pleasant Tully.

Tully’s departure from Montana was not without complications and as he moves from one adventure to another, there’s always the prospect of hired bounty hunters capturing him and taking him back to Montana justice—or injustice, depending on your point of view.

Many of the characters Tully encounters are unlike people you’d ever meet in daily life: a retired country singer who loves to fish, a Crow medicine man dying in a veteran’s hospital, a rich and spoiled young beauty who sets her sights on him and won’t let go, and a ninety-year-old woman in command of a wooden sailing schooner plying the southern trade winds in search of a rare, obsolete bulb for her ancient lighthouse. These characters moved the story along and kept me turning the pages.

There’s more I want to tell, but to do so would be to rob you of the joy of discovering the narrative story-telling magic of Jimmy Buffett. I found A Salty Piece of Land a delightfully decadent way to spend time aboard my boat, wasting away in the cockpit, swept into the vivid, humorous, engaging imagination of Jimmy Buffett. Jimmy Buffet the novelist—yes, indeed! 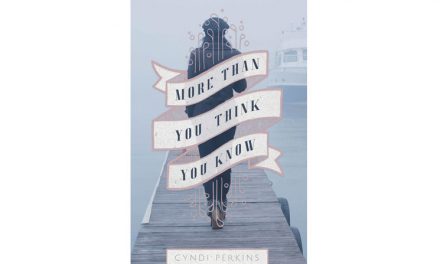 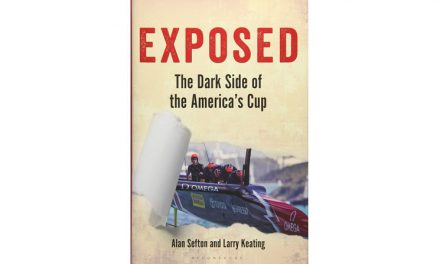