Introducing Ira Klurfield’s “Poem of the Month” in the August issue of The Dogwatch, we got our wires crossed, completely. Ira’s first boat was not a 1951 Dolphin 24 he found in 1975. In fact, as the folks at Dolphin24.org made clear, there was no Dolphin 24 built in 1951. In fact, Ira’s never owned a Dolphin 24. Ira’s first boat, as he made clear in the preamble to his poem, was a wood boat that was home-built in 1927 and that he discovered in 1967 (or a bit later). We’re sorry about that Ira.

Reminder: A Dollar and Some Words = a Morgan 32

We’re running this a second month in a row, and the deadline is coming fast…

First, the essay. In at least 500 words (and no more than 1,000) you’ve got to tell Paul why you would be a worthy recipient of his beautiful Morgan, currently berthed on Lake Erie. Paul will receive and read all the essays. He alone will decide which essayist is most worthy. And he will sell his boat to that person for $1. (And we will publish the winning essay here, in a future issue of The Dogwatch.) That’s all. 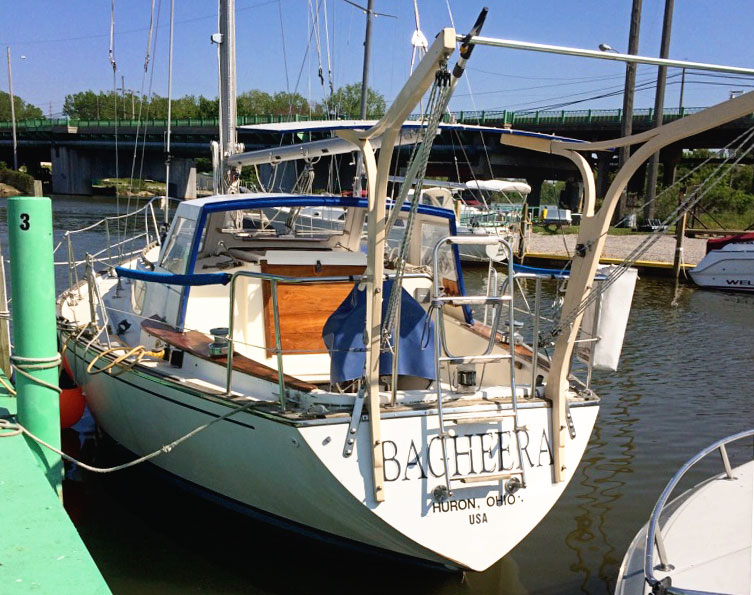 Now, the boat. I’ll let Paul tell you about Bagheera. “We’ve sailed Bagheera in all forms of weather and she has never let us down: steep seas and gale-force winds, no problem. At fifteen knots and a broad reach, she will easily hit hull speed. Her new sails and genoa furler have weathered three seasons. Her cruising spinnaker is easy to handle in under 10 knots. She’s sailed three of the five Great Lakes, as well as the North Channel of Georgian Bay, on extended trips. We’ve enjoyed night cruising under a stunning dome of stars and adventures navigating and exploring anchorages at every turn. I’ve carefully maintained Bagheera’s mechanicals and her Yanmar diesel always starts on the first push of the button. Her depth sounder and hull-speed indicators are updated. Her 8-year-old autopilot is reliable.”

Paul wants to offer someone the opportunity he’s had, to sail a strong, stable yacht to dream anchorages. Are you that someone? Send your essay via snail mail or email directly to Paul. It must be received or postmarked by October 1, 2019, at morgan32sailaway@gmail.com or Paul Koepf, 8742 Holly Springs Trail, Chagrin Falls, Ohio 44023. 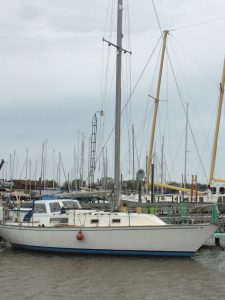 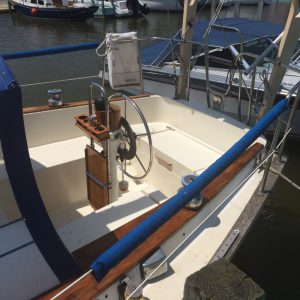 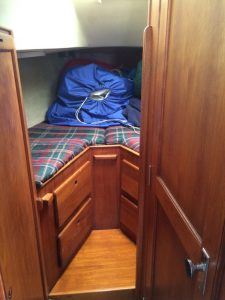 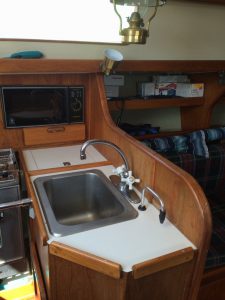 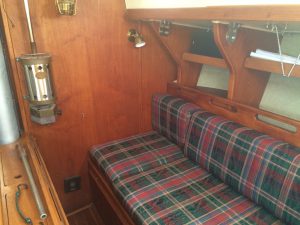 Disclaimer: Good Old Boat, Inc. is not administering this offer, only promoting it on behalf of the boat owner. We make no warranties about the condition of his boat. Accordingly, Good Old Boat, Inc. is not liable for any failure by the owner to fulfill his promise to deliver according to the terms outlined here. That said, we don’t think there is a sailor’s chance in a rum-filled bar that Paul will fall short in any way. Good luck. 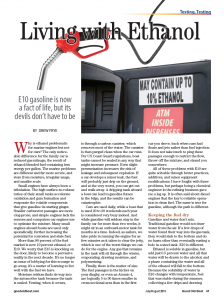 This month, BoatUS sent a press release with the following headline: “Boaters Beware: Low-Price ‘Regular 88’ Gas is Bad for Boats.” The boating advocacy group has a strong political lobbying wing and has pushed to make known the unintended consequences of a 2005 Federal law that is now resulting in increasing levels of ethanol in gasoline, exacerbated by the EPA’s recent elimination of a summer blackout on higher ethanol levels. BoatUS warns that increasingly available E15 gasoline is not approved for use in marine engines and will void warranties. Click here to learn more.

Want to learn about the realities of ethanol at 10% levels, E10, which is now difficult for some mariners to avoid? Check out what Good Old Boat’s Drew Frye had to say in “Living With Ethanol” in the July 2019 issue of Good Old Boat. Need a copy?

So, I heard something on NPR, while driving, just a part of something. It was fascinating, about the life of pirate Anne Bonney. At the end of the broadcast — and driving a 31-year-old truck with the stock radio, this is where I had trouble hearing — it seemed to make a blood-relative connection between the “lady pirate” and Billy the Kid, alternatively known (along with other names) as William Bonny. I was excited to share that in this space, but I can’t find anything to back it up online, only sites that debunk this theory. If anyone knows differently, let me know.

So I have this, instead, a pirate trivia tidbit:

The eye patches. Do you think it’s a Hollywood trope? If not, then did every pirate lose an eye at some point? Apparently, the patch was a thing, a way for a pirate to preserve night vision in one eye, for going below decks in a hurry. Hmmm. Could be. As always, I’m at Michael_r@goodoldboat.com

Click here to read more of September’s The Dogwatch.