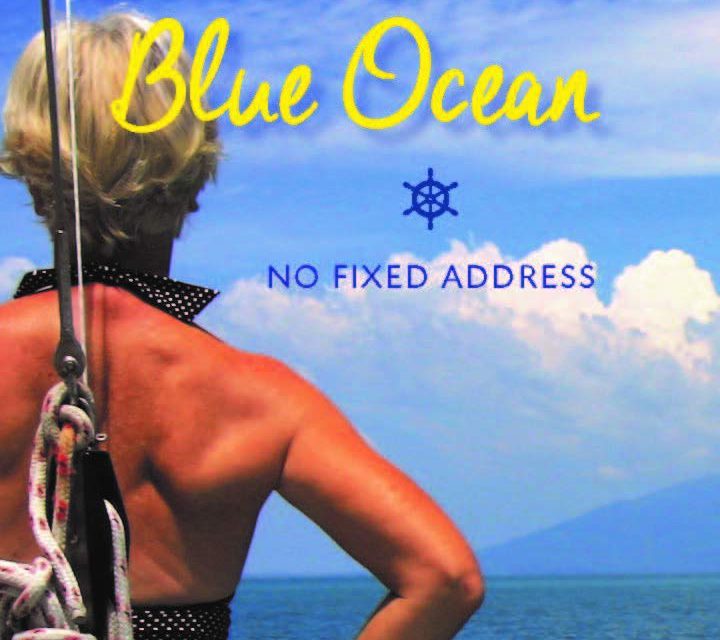 This is a remarkable story of one couple’s 17-year, 40,000-mile adventure that chronicles their sail from British Columbia to Lake Ontario the long way around.

That is, heading west via French Polynesia, New Zealand, Australia, Indonesia, Cape of Good Hope, and transatlantic to Trinidad 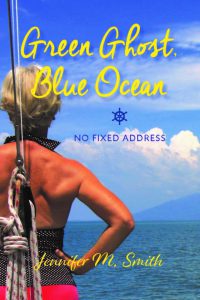 and the Caribbean, in two stages.

The intriguing concept embodied in this story is how Jennifer Smith and her husband Alex “Nik” Nikolajevich combined long periods of cruising their Vancouver 42 with equally long periods of career-building and work on shore. The other thing to note about this story is their meticulous preparation, especially for two individuals with no sailing background prior to their 30s. Both were trained geologists in the mining industry who met while working in field camps in the Canadian north. A relocation to Vancouver led them to sailing, the purchase of a C&C 27, and the concept of extended cruising. With the purchase of Green Ghost, a used Bob Harris-designed Vancouver 42, they became liveaboards. Their account is very much unlike other sailing adventures I have read and reviewed. Jennifer and Nik prepared extensively for their planned trip to Australia, which initially was their only goal. However, once they had completed that trip (2000-2003) via French Polynesia and New Zealand, the cruising life had taken hold.

“What we were doing no longer felt like a single expedition,” they wrote. “Nearly twelve months in, it had begun to feel like a lifestyle. We felt we’d discovered a secret world, a magical life that was there for the taking. We knew two things for sure: the cruising life was fantastic, and we weren’t ready for an ending. We decided to make it our goal to extend our time in the Pacific. There had to be a way to sail on.”

So instead of selling the boat, they laid her up for five years in Australia while they returned to Toronto to reenter the world of viable employment to earn enough money to continue their voyage. Fortunately, a corporate transfer to Australia in 2008 allowed Nik to continue to earn an income while he and Jennifer repaired and retrofitted a boat suffering from five years on the hard. In 2010, at the age of 49, they again severed all attachments to land to continue their voyage as part of the 2011 Sail Indonesia Rally and to start the second half of their voyage that ended in 2014  in the Caribbean. Here, they continued to use the boat for winter cruising until they delivered her up to Lake Ontario in 2017.

This is not only a detailed travelog, but also a deeply personal story. Jennifer and Nik’s original plan was to set off on this adventure as a young family. However, an ectopic pregnancy ended that dream, which caused some future aggravation on the cruise when people would ask if they had children. When they answered no, strangers sometimes pointed out that they couldn’t be cruising if they had kids, which of course, was not true, and certainly not their original plan, since many people cruise with their children.

Like many of us of a certain age, they had to deal with the complications of aging parents, resulting in urgent and unplanned trips back home to deal with family emergencies, often arriving too late, and suffering the resulting guilt and depression, as well as the readjustments of shifting lifestyles and climates. They savored the joys of having family and friends visit them in exotic locales, and noted the dejection that sets in once the guests leave and they have to return to the mundane responsibilities of boat maintenance and voyage planning.

They also deal with the many “Beam me up, Scotty, I don’t want to be here anymore” moments encountered on long rough passages, during which Nik would suffer bouts of seasickness.

“We’d met other sailors who told us they loved the offshore legs so much that they felt depressed as they neared their destination, knowing their passage would soon be over. We didn’t feel that way. For us the getting there was taxing, the being there was grand. At times, at sea, we became quite grouchy.”

Their time spent in Madagascar left a real impact, especially when they befriended a young man who desperately wanted to go with them, and they had to turn him away.

“Madagascar. It was like no other place we’d ever been. Our very existence there unleashed a series of butterfly effects. Our impact, however small, threatened unforeseen consequences at every turn. I went to bed thinking of our adoption file, closed so many years ago. Nobody had chosen us. And here was this young man desperate to paddle out of his own life, ready to jump on board, grab a berth, and go to sea. ‘Beaucoup de miles’ was no problem for him, he relished the thought. I wondered what would become of him, what prospects he had. I wondered what would’ve happened if we’d simply said, ‘Ok.’”

One observation that struck me was that when cruising on the west coast of the U.S. and in Mexico, the majority of sailors they encountered were retirees, but when they finally reached the South Pacific, the predominant cruising population was more like them, younger couples from all over the world who had also set out when they were young enough to commit to long ocean passages.

Jennifer Smith has written a compelling book about the joys and challenges of long offshore cruising as a lifestyle, while mixing that lifestyle with periods of employment in order to finance their adventure. It is a must-read for anyone who is thinking of such a voyage, as well as those, like myself, who have missed that opportunity and now live vicariously through their writings. 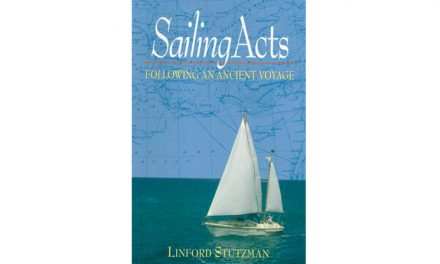