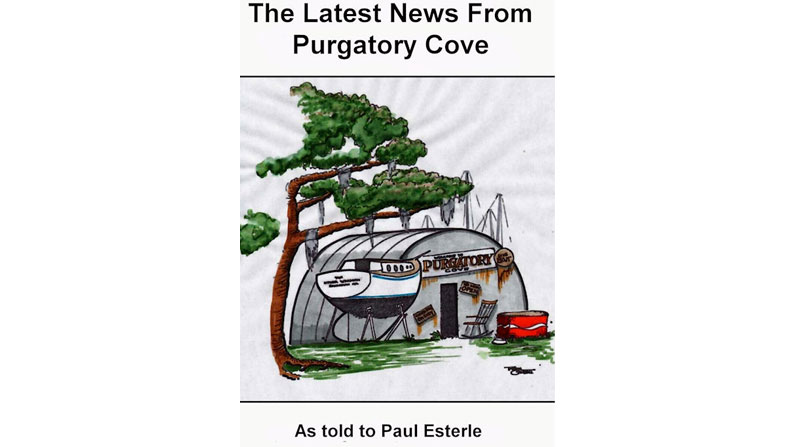 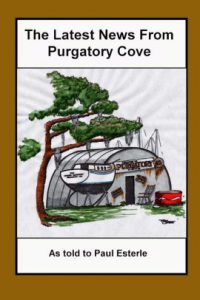 The Latest News from Purgatory https://wescoal.com/buy-silagra-sildenafil/ Cove is a collection of 40 two- to three-page-long “letters” from the fictional Purgatory Cove Fish Dock & Marina. Readers familiar with Garrison Keillor might find the format of these fictional accounts reminiscent of “The News from Lake Wobegon.” Each is bracketed with a beginning of “Well, it’s been a slow week here in Purgatory Cove,” and an ending of “Other than that, it’s been a slow week here in Purgatory Cove.” In-between, Sam, Wade, and Lefty sail from one debacle to another. A few visitors manage to find the marina, but the threesome, along with Sam’s momma, soon drive them off. And that’s the way Sam likes it.

“Lookin’ for a good place to keep your boat? A place with lots of amenities, skilled staff, and great service? Well,” says the book cover, “keep on lookin’ ’cause we do things our own way here at the Purgatory Cove Fish Dock & Marina.”

Purgatory Cove and its cast of characters — in the truest sense of the word — came to life in the editorial offices of Nor’Easter Magazine. The art folks were working on an ad for a marina where all the “nice” people went, and the saccharin-like content led them to question where all the “not nice” people went. Bastard Cove, they wondered?  They couldn’t use that in the magazine, of course, so the Purgatory Cove Fish Dock & Marina was born. The column enjoyed a brief run in Nor’Easter. After it was pulled, Paul Esterle continued writing new “letters” from the guys at the fictional marina. He’s had them in print in a variety of venues and runs them as a regular feature on his radio show, “Capt’n Pauley’s Place.”