A Voyage Toward Vengeance: Book Review 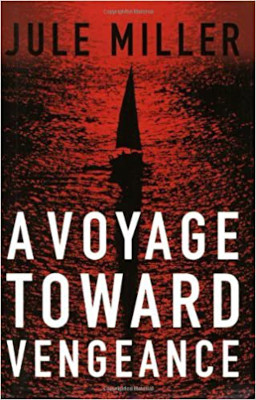 Are you a fan of nautical fiction, particularly adventure or murder mystery stories with a nautical twist? You likely know that it’s been a while since Sam Llewellyn has cranked out one of his sailing thrillers. Patrick O’Brian’s Aubrey-Maturin series is a limited set. What’s a sailor to read? Jule Miller, a retired engineer and sailor who lives in the Caribbean has stepped in to fill the void. His book, A Voyage Toward Vengeance, is filled with all of the elements that lovers of mysteries and nautical fiction enjoy. Detailed descriptions of sailboats, weather, landfalls, and the beautiful Caribbean locales will keep the winter armchair sailor satisfied. The story, complete with missing persons, murder, sunken vessels, unlikely comrades, and a couple of real sociopaths, will entertain the mystery/adventure lover.

The main character, Bill Stroud, is newly retired. He’s a fellow who also has recently suffered a number of losses. He is emotionally adrift and purposeless in New England. Even his beloved hobby of sailing has no meaning. He is on a downward spiral until he sees a picture postcard of a Caribbean marina which contains a boat that looks just like the one owned by his daughter and son-in-law. The problem is that they were lost at sea, presumed dead and their boat sunk.

He leaves New England in search of the vessel and the answers to questions about what really happened to the boat and crew. Along the way he teams up with a woman who has similarly lost her parents. Their pursuit of the truth and wrestling with ethical dilemmas along the way, drive the story. Slowly they uncover the truth, and slowly Bill rediscovers himself along the way.

This is the first non-fiction effort by Miller, and it’s a good one. He includes lots of nautical detail — enough to satisfy the sailor. The depth of this detail was daunting to a non-sailing reader with whom I shared the book. Miller knows what he’s talking about when it comes to sailing, and his descriptions of nautical scenes are excellent. As far his general writing is concerned, there were a couple of times when he telegraphed the story line a bit too broadly. This is a small fault, however, and the book is a most enjoyable read. The adventurous reader might find himself or herself drawn to sail the idyllic Caribbean. The reader with a vivid imagination might also find himself or herself imagining pirates lurking in every anchorage. 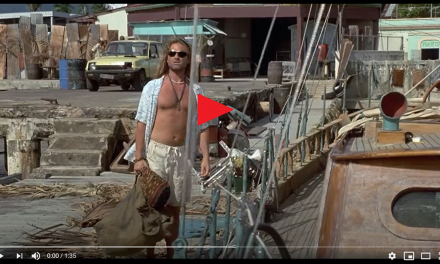