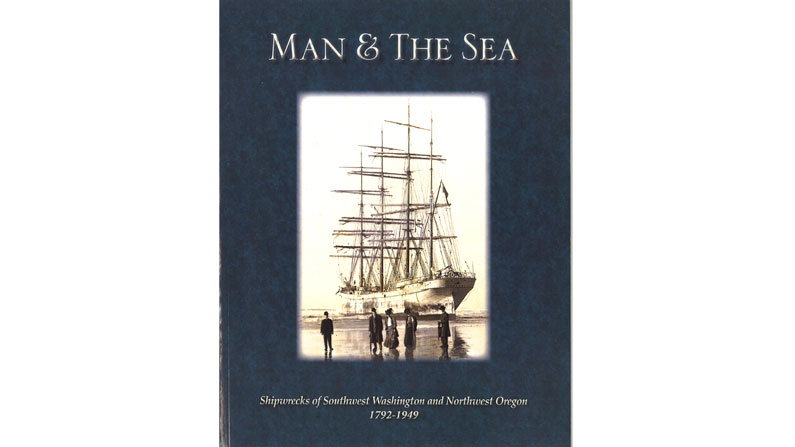 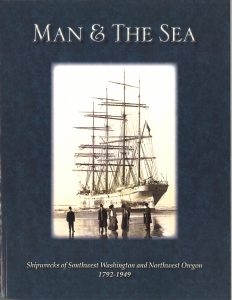 For anyone with an interest in the maritime history of the Northwest coast, this book will be a valuable addition to their library. The central focus is the mouth of the Columbia River. The Columbia River bar can rapidly develop a very dangerous sea state when wind-driven waves encounter an outgoing tide. Add in fog, storm, and continuously shifting sandbars and spits, and one begins to understand why so many vessels came to grief here.

Commercial shipping grew rapidly during the early 1800s and hazardous conditions at the mouth of the river took a heavy toll. Wayne O’Neil set an ambitious goal for himself — to chronicle all the vessels known to have been lost between 1792 and 1949. No vessels were actually lost in 1792; the first occurred in 1798. Rather, the author starts his history of the Columbia River with the first entrance into the river by a Western vessel. It was the Columbia Rediviva, under command of Robert Grey out of Boston. Later that year, the bar was crossed by British vessels.

This is a comprehensive accounting of the more than 200 vessels lost during this period. Their stories are well told, and often well illustrated with drawings and photographs. Personnel from the nearby Life Saving Stations frequently performed inspired feats of seamanship during attempts to rescue passengers and crewmembers. The histories of these local stations are also well documented in this fine book.

There is an interesting backstory to this book as well. Wayne O’Neil died in 1998 before he had completed the manuscript. His daughter, Peggy (O’Neil) Mathena, organized a group of friends and fellow journalists who had worked with her father to complete the work. A “collectors edition” of this book was printed on paper salvaged along the Long Beach Peninsula after it was washed off the deck of the freighter Hawaiian Planter during a stormy bar crossing. 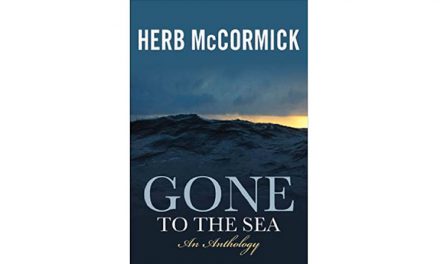 Gone to the Sea: Selected Stories, Voyages and Profiles