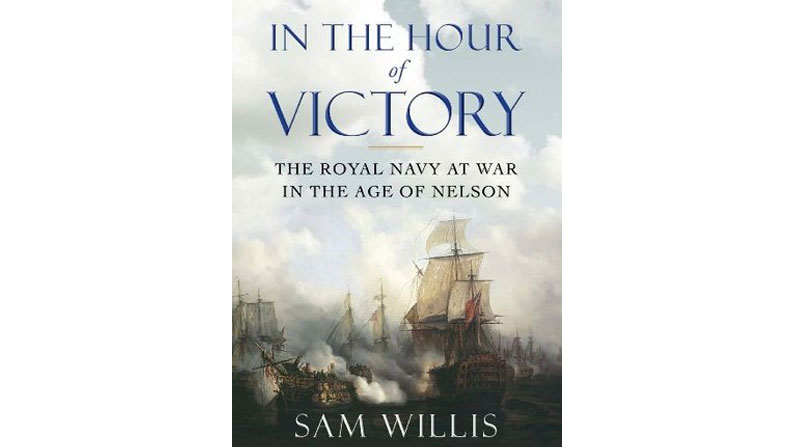 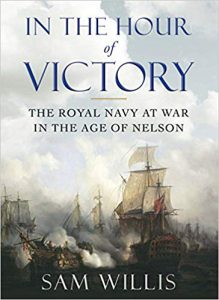 In 2010, naval historian Sam Willis went to the British Library to do research for a book he was writing. One of the potential sources he wished to check had the innocuous catalog label “Add:23207.” He expected a folder with a few letters in it; instead, the librarians brought out a huge volume, cased in silver, containing the original after-action reports from the seven most important naval battles of the Revolutionary/Napoleonic era: The Glorious First of June (1794), St. Vincent (1797), Camberdown (1797), the Nile (1798), Copenhagen (1801), San Domingo (1806), and Trafalgar (1805). Along with the hand-written reports of the admirals who had fought the battles, there were lists of the ships involved, the prizes taken, the damage to the ships, casualty lists, and required repairs — all originally written to be sent to the Secretary of the Admiralty. This treasure trove of history had been effectively lost in the British Library for almost 100 years. Wow.

History is context. Willis knew exactly what he had found. He could have merely scanned all the documents, added some stuffy afternotes, and left it at that. Instead, he wrote this wonderfully readable book. It is organized in chapters by battle, starting with a one-page summary of the action; brief biographies of the commanders; descriptions of the strengths and weaknesses of the opposing fleets, the strategic situations, and the reasons the battles were fought (Copenhagen, it turns out, was fought for no reason at all; San Domingo, because most of the British sailors engaged had missed Trafalgar and wanted some glory for themselves, even if they were 3,000 miles off-station). The documents are reproduced, but not just as barely decipherable photocopies. Each letter is printed in a font that invokes 19th century handwriting while being legible to 21st century eyes.

Willis is a skilled historian, and an excellent writer — not always the same thing.
He not only relates what the letters say, he explains their meanings, including the subtleties that might escape someone simply reading the text alone. He includes fascinating anecdotes about the seamen, battles, and the race to get the information to the Admiralty. His introduction, which describes a combat-numbed commander trying to write a coherent report in the battle-shattered remains of his flag cabin, is a wonderfully evocative piece of writing, comparable to anything by Samuel Eliot Morison.

Accounts of the actual fighting are oddly brief, including only enough information to explain what the reports are describing. But so much has been written about these engagements already that this is no loss. The battle maps that are included are excellent. Cartographer Jamie Whyte uses a sketch of a mainmast with billowing sails and pennants flying to show the wind direction (vital in a sailing fleet action).

Readers who “don’t care about that history stuff” will find here the true stories of actual men who sailed His Majesty’s ships against the King’s enemies and who fought with daring and skill — then wrote about it. Even if you have never paced a quarterdeck with Aubrey, Hornblower, or Bolitho, you will find this book informative and a great read. 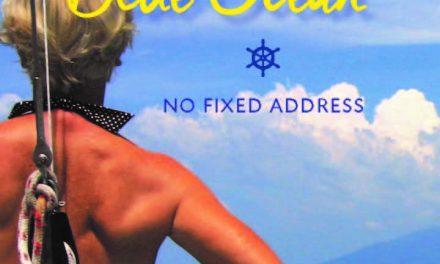 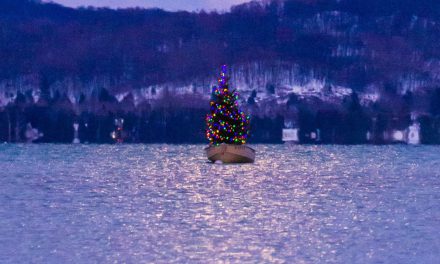