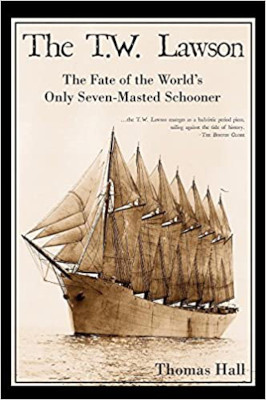 Twenty-five days into what should have been a two-week run, the T.W. Lawson approached the southwestern coast of England. Savaged by three gales, the ship had lost 19 of its 25 sails and all of its lifeboats during her crossing, only to find when the fog lifted and the snow cleared that she lay perilously close to the Western Rocks in the Isles of Scilly — a wind battered patch of mostly deserted rocks that had claimed nearly two shipwrecks for every island in the chain.

Yet it was the decisions made by Captain George Dow that would seal the ship’s fate, and cost the lives of 18 men. It is these decisions and their effect on the sailors and the locals who attempted to help which beat at the heart of Thomas Hall’s charming new book about this truly unique sailing vessel.

When the T.W. Lawson was rigged and launched in July 1902, despite her size and formidable canvas, she was already hopelessly out-classed and hard-pressed to prove her worth as a commercial vessel. It was the 20th century, and steam power ruled the roost.

It seems that one bad decision (to build the boat in the first place) led to money problems, which precipitated a far more catastrophic choice (the decision to send an unstable boat loaded with new cargo and a rookie crew on its first transatlantic run).

Tom Hall scrupulously examines every aspect of the T.W. Lawson, from the financial history of the ship’s backers, to the genealogy of the lifeboat crews who braved angry seas to warn Captain Dow and put one of their own pilots aboard to assist in moving the ship. Pieced together from historical accounts, interviews with the descendants of those involved, discussions with naval historians, and seasoned from numerous dives on the ship’s remains, Tom has constructed what must surely be the most complete telling of this tale.

While much of the factual information relating to the ship’s profitability, and the financiers’ lifestyles seems somewhat dry, the book is laid out much like an adult picture book, with large banners on each page with titles such as, “From the America Side”, “The Other Side of the Atlantic “, The Wreck” and “Making Sense of the Story.” This keeps the story from being too dry.

Though this may not be the zippiest read on the shelves, the book is thorough and organized, and it does a good job of presenting the compelling facts of an astounding, and avoidable, tragedy at sea.

The T.W. Lawson: The Fate of the World’s Only Seven-Masted Schooner by Thomas Hall (Orchis Hill Publishing, 2003; 113 pages) 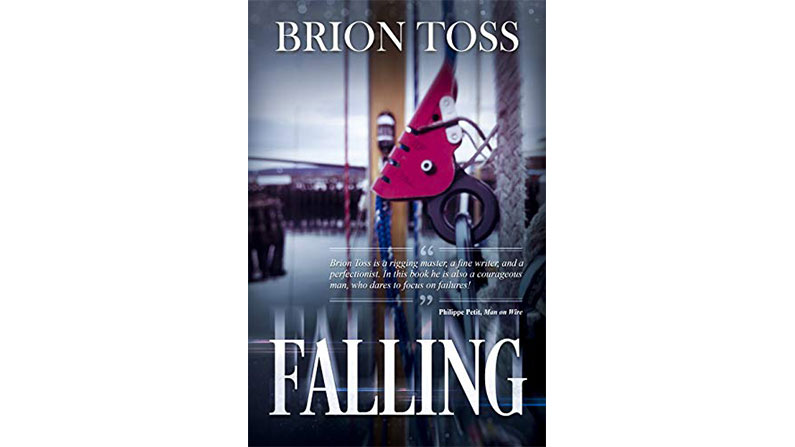 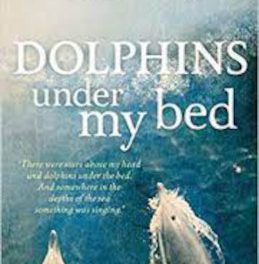 Dolphins Under My Bed: Book Review