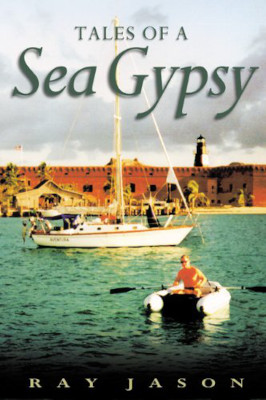 Why do you like to sail? Why do people go to sea, quit their jobs, sell their homes, homeschool (boatschool) their children? We all have responses to these questions . . . but going to sea for the “yarns?” That’s right: the “yarns.”

Ray Jason left San Francisco in 1985 to become a sea gypsy so he could hear and share the tales of the sea. Landlubbers, he felt, just don’t talk anymore; all we seem to discuss is what we see on television or read in the newspaper.

Since sailors don’t have television or newspapers, they tell tales of their adventures, experiences, and the excitement of the sea. Ray has been sharing the sailors’ stories he has heard in his travels with the readers of Latitude 38 and Cruising World for the past 15 years.

This sea gypsy was president of his college’s student body, editor of the newspaper, captain of the debate team, and a Rhodes Scholar-to-be, but he was drafted for the Vietnam War. Serving in the war changed his life; he was no longer interested in pursuing a professional career, becoming a street juggler in San Francisco instead. He was so popular the mayor of San Francisco proclaimed Ray Jason Day. Because most of us have never had the opportunity to catch the sea gypsy’s act, Paradise Cay Publications has published a couple dozen of Ray’s favorite stories in this book. He includes a few tales at his own expense as he travels singlehanded (most of the time) around the globe in his Farallon 29.

There’s the Mellow Mariner, better known as Max, who found serenity on the Isla Gitana in Costa Rica’s Gulf of Nicoya. Have you ever had the experience of driving a bumper car at the state fair? If so, you can relate to how the sea gypsy felt as he was trying to navigate the Panama Canal. Then there’s the yarn about the sailor, dressed in a banana-yellow Speedo swimsuit and life jacket, who borrowed a Punta Burica farmer’s donkey to retrieve his dinghy.

What would an anthology of sea stories be without animals? There’s the cat named Running Lights who liked to catch flying fish but didn’t really know how to handle the squid on the deck . . . and the story of the Hurricane and the Poodle. Finally, how does one use a favorite banana-pancake recipe to find out if fellow travelers’ tall tales are true? These are just a small sampling of the many tales that Ray shares with his readers in his new book.

So imagine yourself at Club Med, where the stage manager says, “Ladies and Gentlemen, the teller of tales, the juggler extraordinaire, Sea Gypsy Ray Jason!” After a tale or two you’ll be grinning from ear to ear. As the men’s suit salesman on television says, “I’ll guarantee it.”

I Left the Navy: Book Review 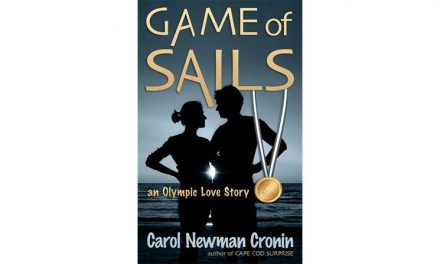