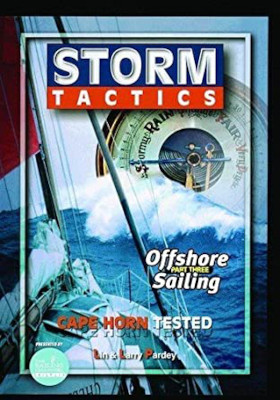 Lin and Larry Pardey will be the first (and certainly the most credible) sailors to tell you that you won’t encounter many storms at sea. They want to encourage cruisers to go now, not to continue to put it off until they can afford the ultimate cruising machine and gee-whiz safety equipment. They worry about the hyper-emphasis placed on gear by overly zealous folks marketing marine products of all sorts. And yet, as they tell us in their newest video, when you’re out there, storms will happen about three percent of the time, and really big ones will happen about one percent of the time.

In this new video, Lin and Larry discuss heaving to and describe the process visually, something they always felt was missing from their previously published Storm Tactics Handbook. Much of the footage used in the video was made during the Pardeys’ recent rounding of Cape Horn and in South Africa showing sailboats involved in an extremely windy race.

I have often noted that each proponent of a storm tactic will tell you what works for him and his boat and will neglect to mention that different boats behave differently. So I was pleased to see that Lin and Larry have been sensitive to this issue in their video; they discuss heaving to with different keel configurations and sailplans. They also focus on the use and deployment of parachute-style storm anchors.

Most important, they don’t try to bully or scare you into buying their video or some piece of safety gear. In between the discussions and the visuals, they run footage of beautiful places and beautiful boats sailing . . . as a reminder, no doubt, about why you want to be out there cruising in the first place.

Lin and Larry want to spread the word about the simple practice of heaving to, which they refer to as the “sailors’safety valve.” They don’t think enough sailors know about or have experience heaving to with their boats. In fact, Lin writes, “Eight years ago Bob Rimmers (along with his wife and child), on a boat named Quartermaster, got caught out in the Queen’s Birthday Storm north of New Zealand. We were sent a copy of the tape from Keri Keri radio which contained Bob’s last words. After suffering several knockdowns, during which his wife was badly injured and water began filling the boat through damaged cabin windows, Bob Rimmers asks, ‘What can I do?’ The radio operator says, ‘You can continue running, or you can heave to.’ Bob Rimmers did not know how to get his boat to lie hove to and said, ‘I guess I’ll just have to keep running.’ Those were his last words. Since hearing those words, we have had a mission: to make this program.”

I believe that those words indeed motivated the development of this video, and I applaud the Pardeys for choosing to illustrate their Storm Tactics Handbook so capably. I’ll stop short of saying that you can’t go to sea without seeing it. That sounds too much like the sort of safety gear hyper-promotion that the Pardeys are wishing all manufacturers would cease. 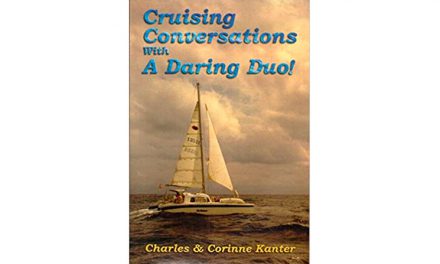 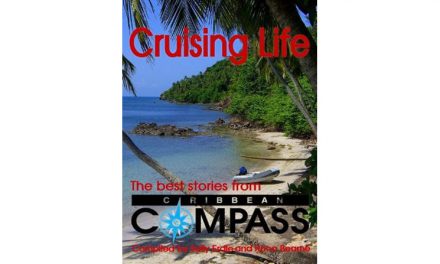