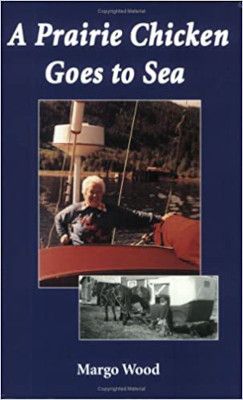 After reading Margo Wood’s autobiography I feel she is someone I would like to meet. Her story, starting with the day she was born, is simply fun reading. I could put it down anytime and enjoy mulling over her experiences; but when I wanted to sit down and relax, I needed to read a couple more chapters. Perhaps when you are securely anchored in your favorite cove, reading the book would make your day even better.

Her writing style is not stilted or academic, just eighth-grade English with the nautical words defined in the back for those who aren’t sailors. She isn’t trying to impress anyone, and I enjoyed the depth of feeling I could read between the lines. Except for the death of Charles and her parents’ ostracism, I could relate to all of her experiences, and I think you will admire her, too, for the decisions she made and the advice she asked for. As I read along, I kept wondering when she would tell about her business, Charlie’s Charts. It isn’t until the last third of the book that Charlie started making his charts, beginning with charts of the northwest passage. My wife insisted that we buy his northwest chart, when we headed north from Bellingham, even though I told her that Northwest Boat Travel and Waggoners were plenty. Then much to my surprise, we used Charlie’s charts just as much as the others.

Seems like when your wife gets to know a little about sailing she sometimes becomes critical of certain things you do; something Margo admitted doing. She tells how Charles broke her of the habit when he told her, “On any boat there can be only one captain. If you want to be captain, go ahead and make the decisions; otherwise I’ll be captain. When I say something, do it! I’ll take the responsibility for the decision, and if it’s wrong we can talk about it later, but don’t argue about it at the time.” With this statement she become “crew” instead of “wife.”

Another passage gives a clear picture of a storm they experienced: “As it turned out, that one-day gale was just an introduction to what the Pacific Ocean would deal us. Soon after, we found ourselves in a three-day storm that threatened to blow us past our destination of San Francisco. In order to reduce our speed, we rigged a sea anchor and lashed the wheel. The sound of the wind in the rigging changed its pitch from soprano to a scream.”

I really enjoyed reading this book. 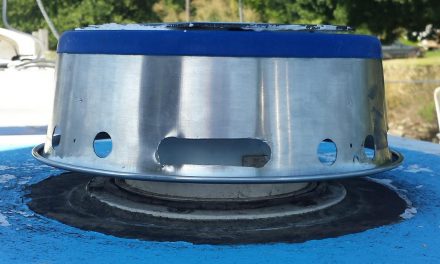