Hole in One – Instrument Housing 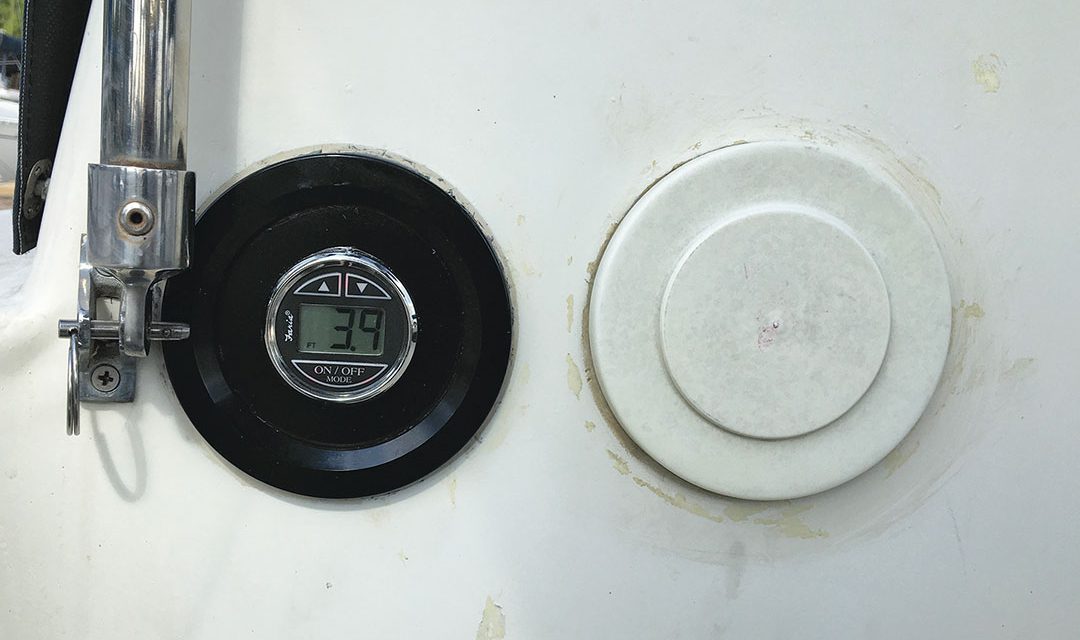 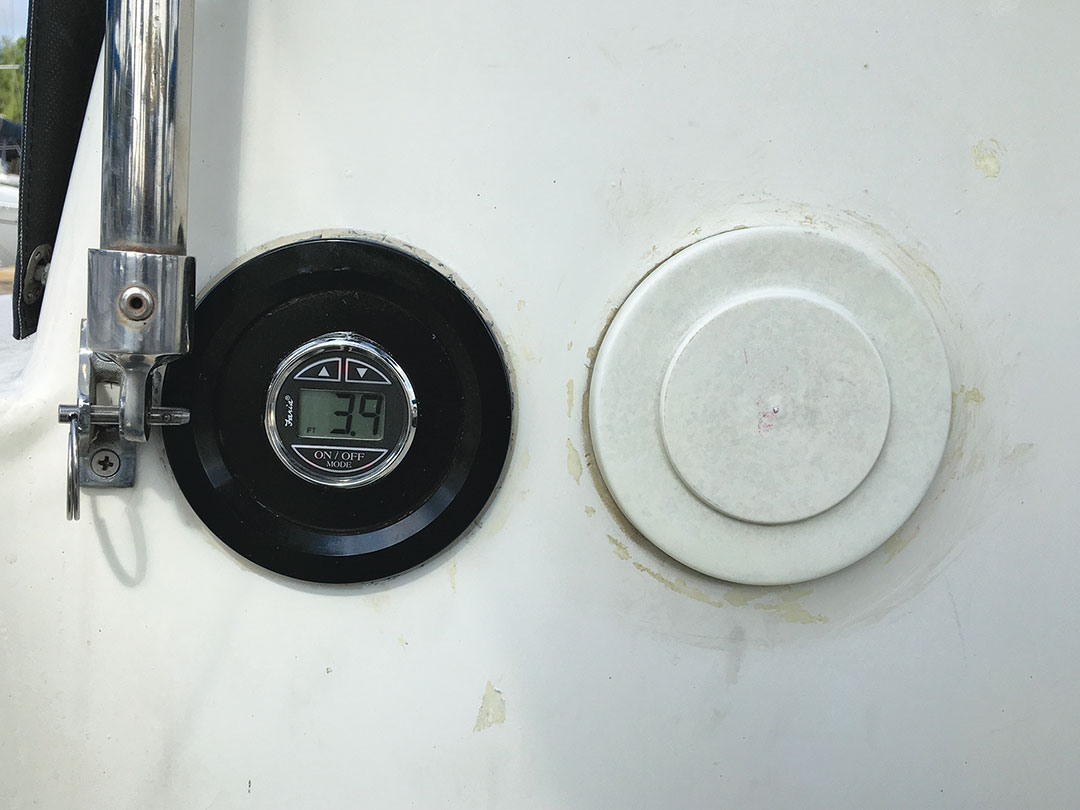 An old instrument’s housing provides a platform for its replacement.

When we bought Phantom, our  1981 Pearson 365 ketch, in 2001, she had old Signet Marine instruments that needed replacing. As was common then, the instruments were mounted on the forward cockpit bulkhead, adjacent to the companionway, in 4-inch holes. We replaced them. Almost two decades later, with our replacement depth sounder on the fritz, I went shopping, only to learn that form factors have changed over the years, and instruments that fit 4-inch holes aren’t as plentiful as they once were. Time to think outside the…hole. 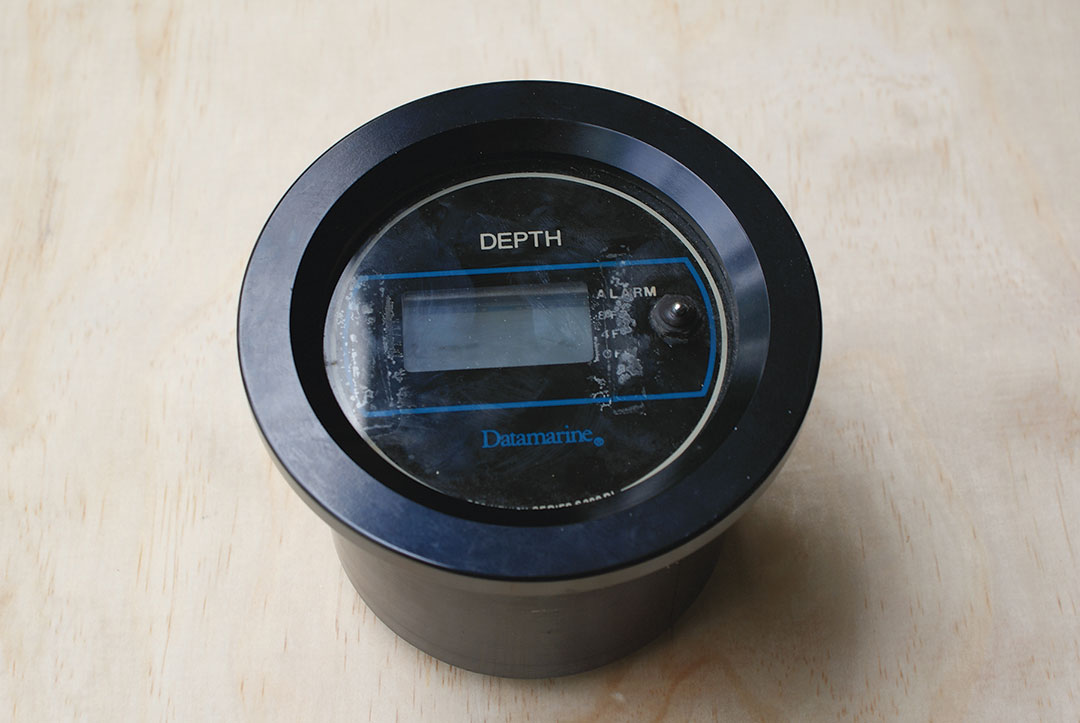 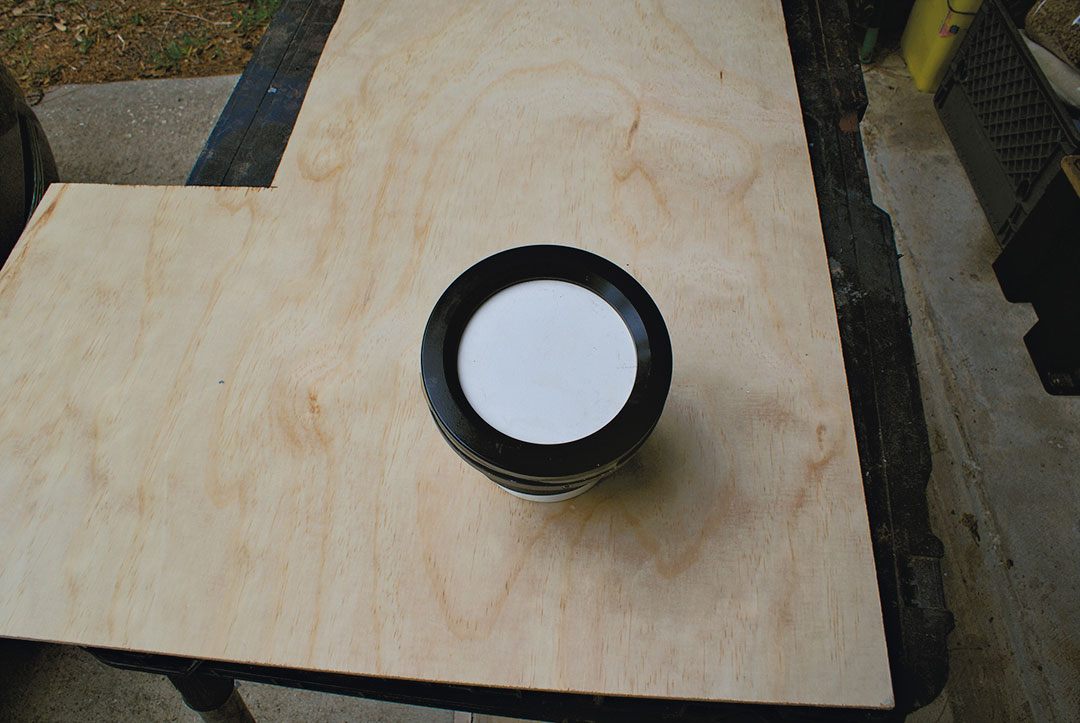 After removing and discarding the electronics and faceplate of the Datamarine instrument, only the bezel, housing, and rear plate remained. Next, I cut a piece of laminated plywood to replace the original faceplate. After painting the laminate black, the faceplate matched the other instruments and provided a nice background for my new instrument, for which I drilled a 2-inch hole in the center.

I used three long bolts pushing against the original instrument’s rear plate to keep the new faceplate in place against the bezel, but this might have been a bit of over-engineering, and I probably could have used J-B Weld to secure the faceplate. After caulking, I mounted the depth sounder into the faceplate. Now, it was simply a matter of running the new wires, installing the new transducer, then re-mounting the “new” display unit in the existing hole in the cockpit bulkhead. Problem solved! 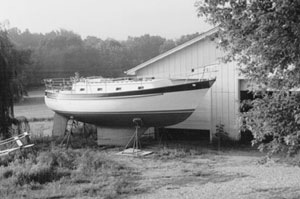 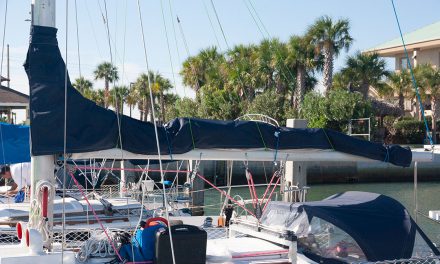 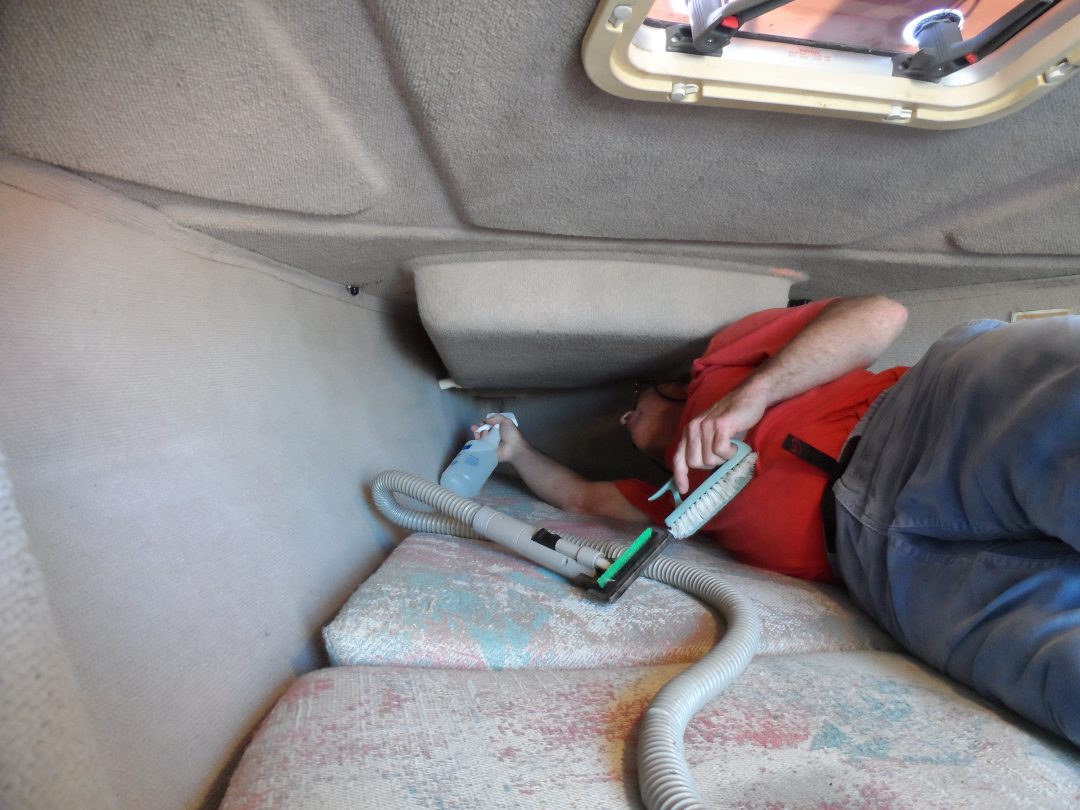