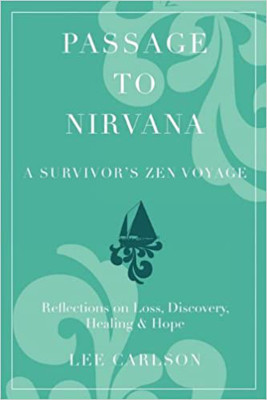 Just as no one should read Zen and the Art of Motorcycle Maintenance expecting to get step-by-step instructions on swapping out the piston rings on his Harley, this is not a book to teach how-to information about sailing. There are passages about sailing and boats; passages about the interesting people one meets on distant islands; passages about the liveaboard life and the bonds that form in the boating community; passages about . . . well, passages made on sailboats — but far and away, this book is about Zen Buddhism, particularly as it relates to the author’s personal spiritual journey. If you approach it with that understanding and if that’s what you want to read about, you will not be disappointed. The author discusses his Buddhist beliefs at length, but does not spend nearly as much time on the subject of boats or sailing, although he is a liveaboard sailor.

Lee Carlson was an accomplished writer and editor until he was accidentally run down by a car and suffered traumatic brain injury (TBI — a term that now appears frequently in the media since it is often associated with injuries to military personnel). The story of Carlson’s injury and the slow recovery process (including a nasty divorce and horrible experiences with the legal and insurance systems) make up the majority of the book. Some of it is interesting reading, but the author tends to repeat himself and belabor points that were made earlier in the book (which the reader almost feels guilty for noticing — that’s the nature of his injury, after all).

Carlson also discusses his mother’s tragic experience with a TBI (from a fall down a flight of stairs from which she never recovered) and also offers some interesting insight into the series of concussions suffered by Ernest Hemingway that eventually led to that author’s inability to write, his severe depression, and ultimate suicide. TBI is clearly a subject that means a lot to Carlson and he wants to get the word out about the nature of such injuries and their effects on people.

The book is a very quick read, mostly because the author’s injury keeps him from concentrating too long on a given topic, so the writing is broken up into short chapters. They are usually prefaced by a short poem he calls a “Po” (abbreviated form of “poem”) that provides the theme for the chapter. The chapters themselves may be a few sentences or several pages in length; no long slogs of reading are involved, although some of the Zen stuff is rather esoteric. Throughout the book, Carlson repeatedly returns to the subject of Zen Buddhism and his personal spirituality. That’s neither good nor bad, unless you were expecting to read a sailing book. 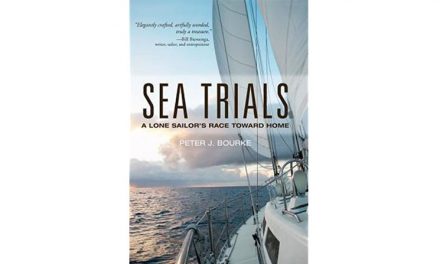