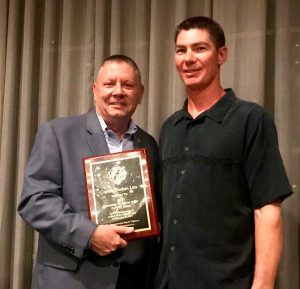 The Association for Rescue at Sea (AFRAS) last month held their annual maritime search and rescue awards ceremony at the Rayburn House Office Building at Washington D.C.’s Capitol Hill. AFRAS is a U.S.-based non-profit that honors heroic rescues at sea, from the previous calendar year, for individuals and crews from government and commercial vessels. This year’s honorees included:

AFRAS is a 501(c)3 non-profit charity that helps protect mariners from the perils of the sea by providing monetary and in-kind donations to world volunteer maritime search and rescue organizations. The charity also recognizes and honors extraordinary maritime rescues through its awards program and annual ceremony. 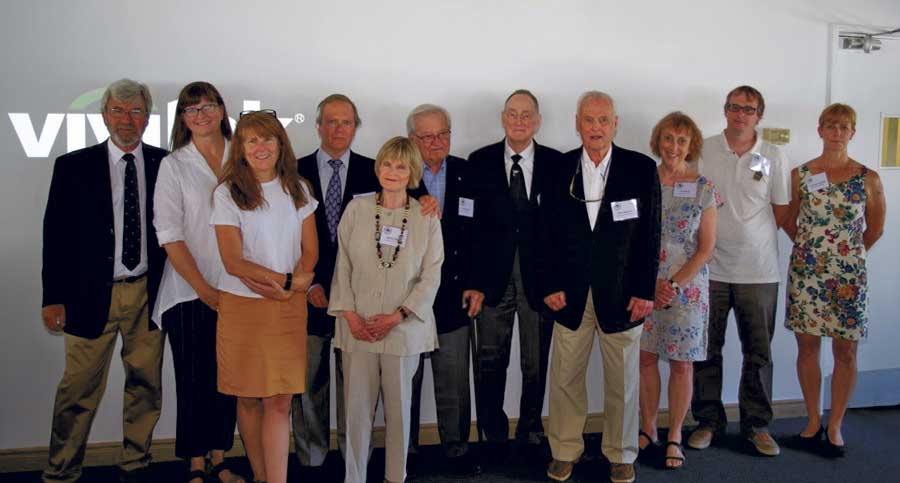 On the afternoon of Sunday, August 19th, 14 prominent Canadian sailors were inducted into the Canadian Sailing Hall of Fame at a sold out reception at Kingston Yacht Club in Kingston, ON. The Hall of Fame is a joint enterprise of Sail Canada and the Marine Museum of the Great Lakes at Kingston. The Marine Museum has an extensive sailing archive that includes the drawing collections of prominent Canadian yacht designers such as George Cuthbertson, C&C Yachts, George Hinterhoeller, and TBF Benson.

These 14 new inductees joined current Hall of Fame members Paul Henderson, George Cuthbertson, and Bruce Kirby. Kirby and Cuthbertson were inducted at a gala dinner at KYC in 2014 inaugurating the New Age of Sail exhibit at the Marine Museum, for which Cuthbertson and Kirby were honourary co-curators.

The CSHOF By-Laws stipulate that all Canadian Olympic Medal winners will eventually be inducted into the Hall of Fame. So it is only fitting that this process begins with the Silver and Bronze Medal winning 8 and 6 Metre Royal Vancouver Yacht Club crews from the 1932 Los Angeles Olympics. The 8-Metre crew consisted of Ernest (Jack) Cribb, Peter Gordon, George Gyles, Harold A. Jones, Ronald Maitland, and Hubert Wallace. The 6-Metre crew was made up of Gardner Boultbee, Kenneth Glass, Philip Rogers, and Gerald Wilson. It is interesting to note that four of that ten, Cribb, Jones, Gyles, and Glass, would become Commodores of RVYC.

In addition to these 10 Olympic Medal winners, four other inductees were included to represent other significant aspects and regions of sailing in Canada. Therefore, David Howard and Don Green were inducted from Ontario (RCYC and RHYC) for their vast sailing background, both of which included Canada’s Cup victories; Ian Bruce of RSTLYC in Quebec was inducted representing Canadian small boat sailors and builders, and Derek Hatfield from the East Coast was inducted based on his impressive Around the World Alone sailing accomplishments.

A GOOD OLD TIME IN ANNAPOLIS

As we do every Columbus Day weekend, we made a splash at the U.S. Sailboat Show in Annapolis. The Good Old Boat crew began arriving the evening of Tuesday, October 2. On Wednesday we began unloading our pallets that contained the pieces of our booth and nearly 3,000 magazines that we would hand out to show-goers. On Thursday, the gates opened at 10:00 a.m. and we were ready.

This show is great. Each year we look forward to seeing and hanging with each other; as we all work from home, the sailboat show is usually the only time we get together in person. We look forward to meeting and seeing readers and contributors. We love handing the magazine to a passer-by who hasn’t heard of us and then seeing their interest as they flip through the pages. And we look forward to seeing friends in the industry, the folks from Cruising World and SAIL and others.

We usually take turns manning the booth, usually at least 3 of us at a time, splitting off in turn for a break or to grab lunch. Each day, when the horn blows and the show is over, that’s when we all unwind and get ready for the following day. Karla usually brings some wine and chocolate to our booth at this time.

Thursday is a VIP day, but then Friday, Saturday, and Sunday are hopping, in contrast. Monday is usually a bit slower and most exhibitors spend the last half of Monday slowly breaking booths down and getting ready to head home.