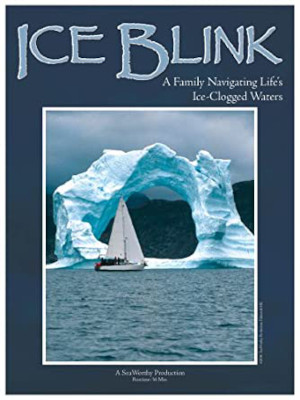 “Ice blink” is a name given to a white light seen on the horizon, especially on the underside of low clouds, due to reflection from a distant field of ice. This phenomenon has been used historically by the Inuit and northern explorers when navigating in polar regions.

Dave and Jaja Martin and their three children are modern northern explorers who traveled to Iceland and Norway on their 33-foot sailboat, Driver. They wrote a book about their four-year voyage, Into the Light: A Family’s Epic Journey. And now Gregory Roscoe, a friend and fellow sailor, has produced a DVD about this adventuresome family and named it Ice Blink: A Family Navigating Life’s Ice-Clogged Waters.

Dave and Jaja are the sort of people who have gone beyond “the road less taken.” Since they married in 1988, they have been cutting a brand-new path for themselves and their children. All young people should view this DVD as they contemplate their future. It emphasizes, in a positive way, that if they are as creative as the Martins, they have many options in life they may not have considered, choices which counselors and parents could never suggest — choices that may make all the difference in their enthusiasm for living each day fully. Dave and Jaja Martin tell anyone who will listen that if they are creative and motivated, they need not become cogs; life can be a joyful adventure. It is not too late for those of us who have chosen more conventional paths to watch, learn, and enjoy the story of Dave and Jaja Martin…and perhaps even make course corrections in our own lives.

A very polished narrator tells us that the Martins are a conventional family doing unconventional things. Even now that they are land-based, having settled temporarily in Maine, the Martins are designing and building their own home. They have chosen a simple lifestyle because material possessions are not what motivate them. The Martins are not defined by what they have but rather by what they have done. There’s an important message in those words, a message that should be heard by people of all ages.

The Martins talk about what motivates them and about their travels afloat. They talk about goals and self-sufficiency. They say life is a blank canvas to be filled joyfully. Not someday. Now. They talk about making their own choices, not those dictated by the expectations of others. They talk about the role of spontaneity in their lives. And they talk about the reality of storms, occasional deprivations, and fear. Living aboard in polar regions has its discomforts, to be sure, but having gone through the low points makes the beauty of the region and the joy of the high points all the better. The necessity of personal expense and sacrifice, they tell us, make the rewards of every achievement much sweeter.

Ice Blink has relevance for people of all ages, sailors and non-sailors alike. It is a top-rate production by a professional videographer who we are proud to say just happens to be a good old boater.

Sustainable Sailing: Go Green When You Cast Off 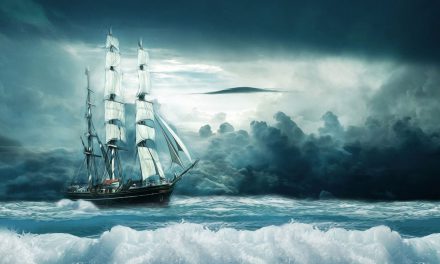