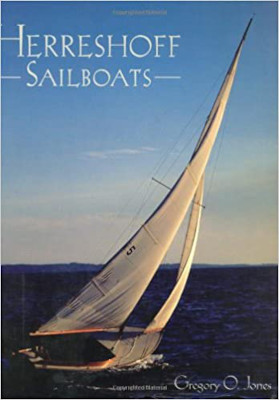 Breathes there a sailor with soul so dead, That he has not at one time said, “Gosh, I’d like to own a Herreshoff.”, (With apologies to The Man Without a Country.)

Ask any knowledgeable sailor, “Who were the top sailboat designers of all time?” Odds are Nathanael Herreshoff and L. Francis Herreshoff will be near the top of the list. The Herres­hoffs created some of the most beautiful sailboats of all time. Nathanael also designed and built the first practical racing catamarans (quickly eliminated from competition by the rule writers), redesigned steam engines, and built fast steam yachts and naval patrol vessels.

Numerous books have covered the Herreshoffs and Herres­hoff Manufacturing Company (HMC), but few authors have so effectively examined the extended careers of the Herreshoff dynasty as Greg Jones has with his beautiful coffee-table book. Combining lucid text and historic and contemporary photographs, Greg squeezes 200 years of history into 160 pages. He begins with Karl Herreschoff in 1763 (the “c” was dropped when Karl emigrated to America) and goes up to the present Herreshoff Marine Museum which rose on the old factory site.

Nathanael Herreshoff and his brother, J.B., started HMC in 1878 to manufacture steam yachts and torpedo boats. They built sailboats for their own pleasure. Their fast and beautiful yachts came to the attention J.P. Morgan and the racing crowd at the New York Yacht Club. Greg details a gilded era of unlimited spending and ostentatious living, with the Herreshoffs serving as boatbuilders to the stars.

In the last 25 years of the 19th century and the first 25 years of the 20th, the Herreshoffs built some of America’s most historic yachts: Gloriana, Vigilant (the Herreshoff’s first America’s Cup defender), Defender, Columbia, and Resolution. At the same time HMC was building Cup boats, Nathanael designed and built a string of smaller sailing craft, culminating in what is arguably the most beautiful sailboat ever built: Alerion. Alerion was never eclipsed, but L. Francis Herreshoff equaled her with his famous Rozinante. The two stand at the pinnacle of sailboat design.

The photos in Herreshoff Sailboats are outstanding both in selection and reproduction. The 19th- and early 20th-century black-and-white photographs are especially good. Only minor quibbles can be made with the book. Early America’s Cup defenders are covered in excruciating detail. However, the Herreshoffs’smaller boats, which had a greater effect on the developing science of sailboat design than the towering J-boats, are mentioned only in passing. Also, pictures are often separated from their text, leading to a good deal of page flipping in a search for details.

Setting aside these minor flaws, Herreshoff Sailboats will find a place of honor on many a coffee table. It is a book you’ll pick up on a cold winter’s evening along with a cup of your favorite hot beverage. As you turn the pages it will take you back to a time when craftsmanship was everything and when beauty of line and function ruled supreme. 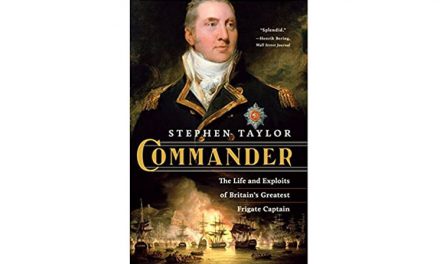