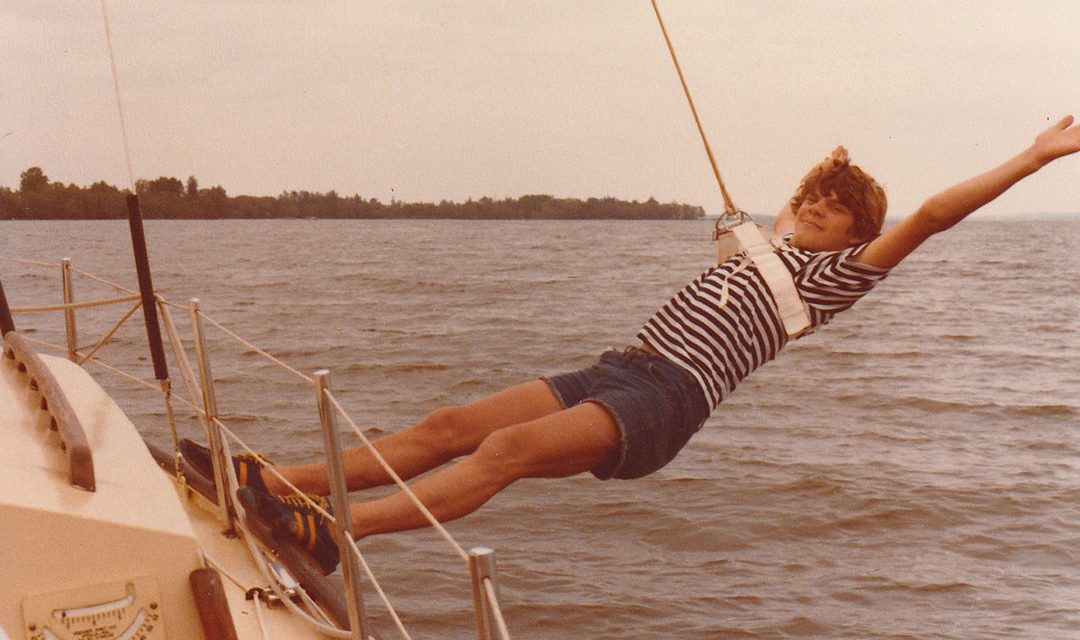 A Condemnation of the Chipper 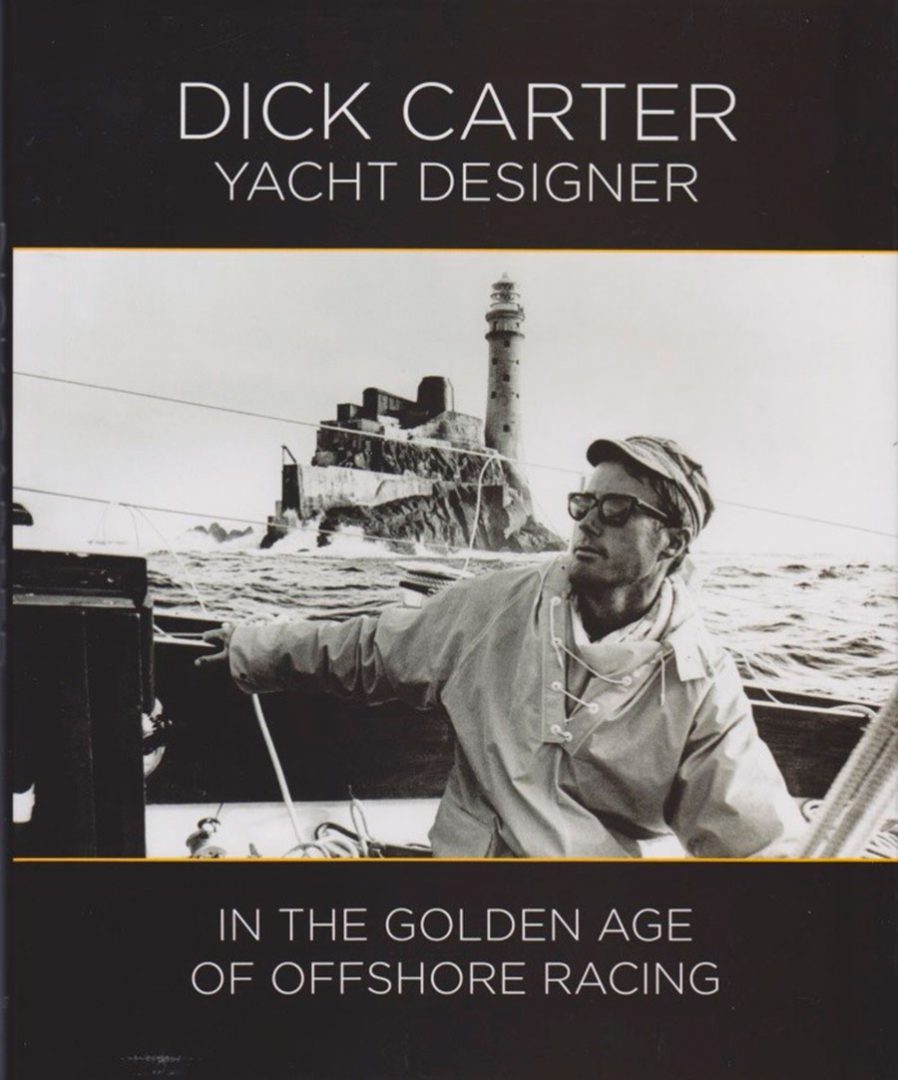 While reading the latest Dogwatch, I followed a link to Rob Mazza’s review of Dick Carter’s sailing autobiography. Rob mentioned that Carter began his offshore racing career on a 31-foot Tripp (Sr.) Medalist. That struck a nerve, because a recent Practical Sailor issue had an article by Ralph Naranjo in which he noted that the cost of the boat isn’t the barrier to sailing, it’s the annual costs of maintenance, dockage, etc. (and for those of us in the north, we have to deal with winter storage when the water turns solid). Ralph cited a recent experience in which a vessel that had hung on a neighboring mooring for years, a 31-foot Tripp Seafarer, could not be sold, even at fire-sale prices, and so “her last voyage was to the fiberglass chipper.” I just hauled my 1961 Seafarer Polaris (designed by Tripp) for the season. I sent this message to the Practical Sailor editor:

“Ralph Naranjo broke my heart with his reference to the 31-foot Tripp Seafarer being sent off to the chipper. This has been my 53rd season sailing that boat’s cousin, a 1961 Seafarer Polaris by Tripp, also built in the Netherlands. Something is wrong with the world when functional sailing vessels are abandoned to the landfill.”

So apparently a vessel deemed sufficient for the Fastnet race could find no takers. That’s a tragedy. One of the joys of Good Old Boat is its celebration of boats that may not be the fastest or the most expensive, but that bring pleasure to their owners. Just think of the fun that a new owner of the 31-foot Seafarer might have had, learning how to make her go safely and efficiently or exploring new places at sailboat speed. 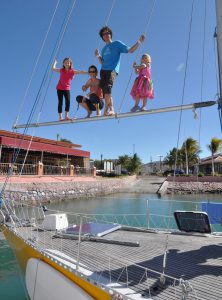 Are the Kids Alright?

Last month, I put it to readers about how younger crew used their boat as a playground. Well, it seems there are not a lot of kids out there using boats as playgrounds, unfortunately. I also promised to share a video of the crew of La Loupiote, a French family of acrobats we met in Mexico, but the external hard drive that video is on crapped out. (Lesson: don’t put off updating, backing-up data, it’s always time well spent.) However, a search of “La Loupiote” on Youtube will yield several hits—and they’re worth watching, extraordinary, especially when you compare their act to the time and effort you probably put in the last time you went up your mast.

This month, I’m going to give David Salter the first word… 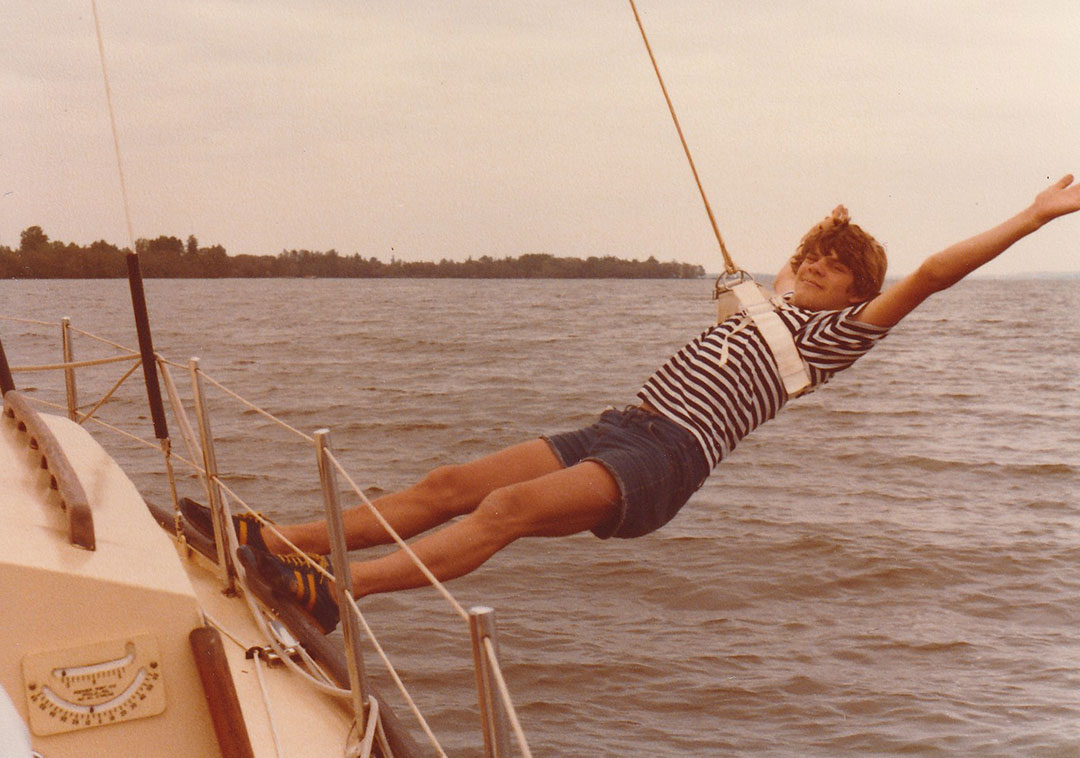 I found a couple of old photos of our kids enjoying our annual trip, unconventionally, in the late 1970s from Toronto area to the 1000 Islands. At the time we had a HO28, steel hull, built by Herman Oldenburger, a Dutch ex-pat, in the traditional Dutch way.

During the calms we wanted to get away from the smell and noise of the Volvo diesel so we migrated to midships and our son found he could steer quite well by heeling the boat as needed. 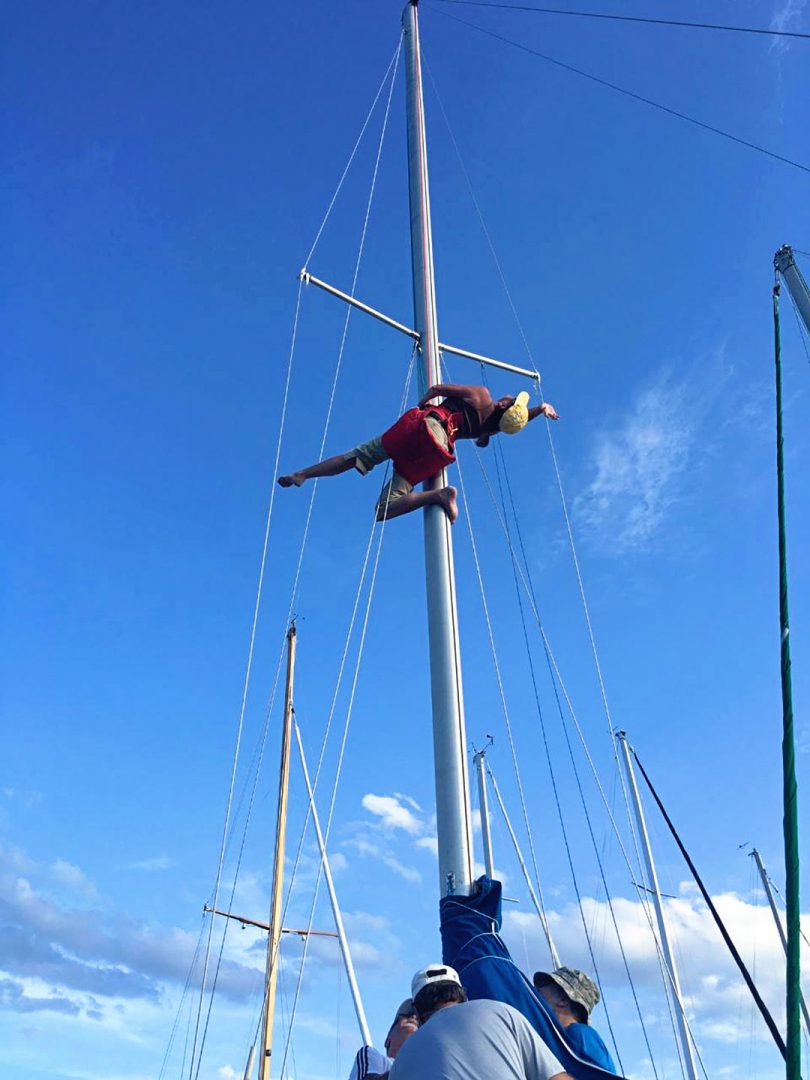 I believe that it’s terrific to always have some distraction for kids aboard, from what might seem to them to be monotony. While swinging out from bow to stern would be a hoot, you must consider safety if underway. Kids will be kids and perceive themselves indestructible.

We should probably do the same as adults, yet, my 65-year-old wife, Cindy, decided one day while going up the mast (in the slip) to replace a flag halyard for a new pennant, that she wanted to perform Cirque du Soleil routines while in the bosun’s chair. OMG! 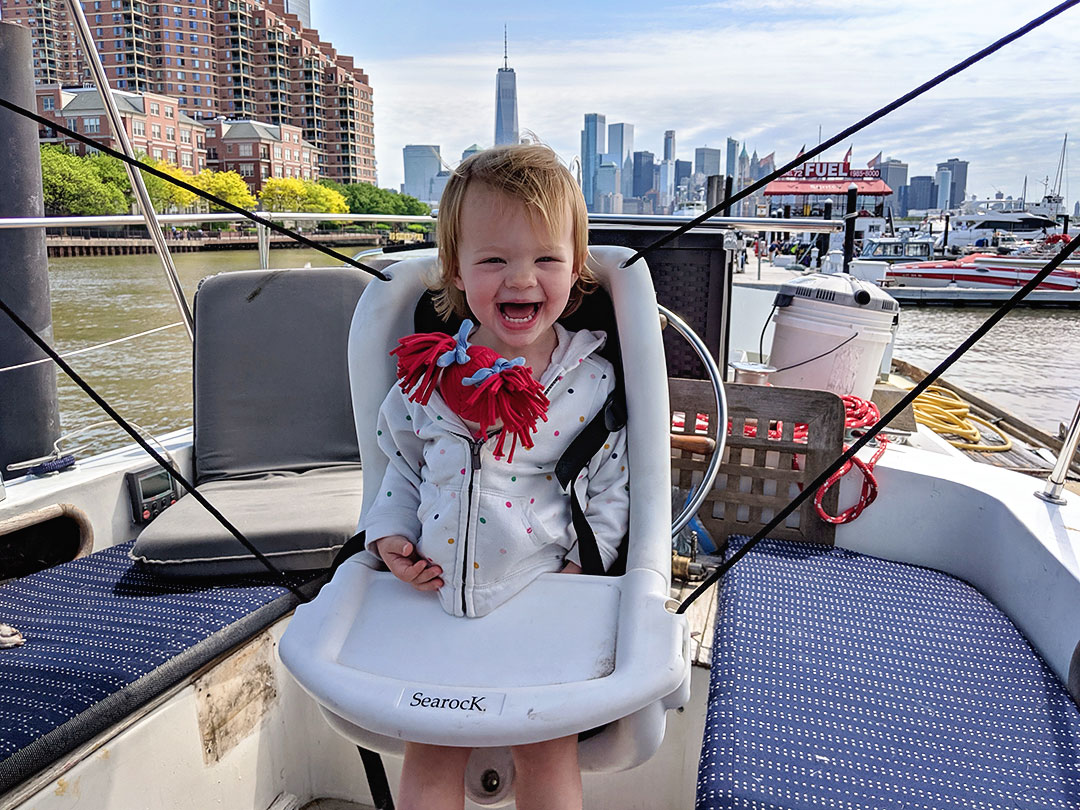 As I was putting together this month’s Dogwatch, I couldn’t let it go by without sharing a few of the ways we’ve turned our boat into a playground for my 3-year-old, Zoë. This girl has lived her entire life on a sailboat, so we’re pretty creative with making it a fun play place. Up until about 2 1/2 years she loved using her Searock swing (above). We just clipped it to various places on the boat and she had a grand time. Now I just use a scrap piece of 2×4 with some line from our mizzen boom and she loves that, too. She’s also constantly climbing on our bimini and dodger frames. For hot days we have a small foldable pool we can set up on the bow or aft deck that creates hours of fun. I think my favorite is that she loves to prop the Sport-a-Seats up against the wheel to create a fort and uses our folding cockpit table as the doors. I just love watching her imagination work!

On the Wind: Book Review