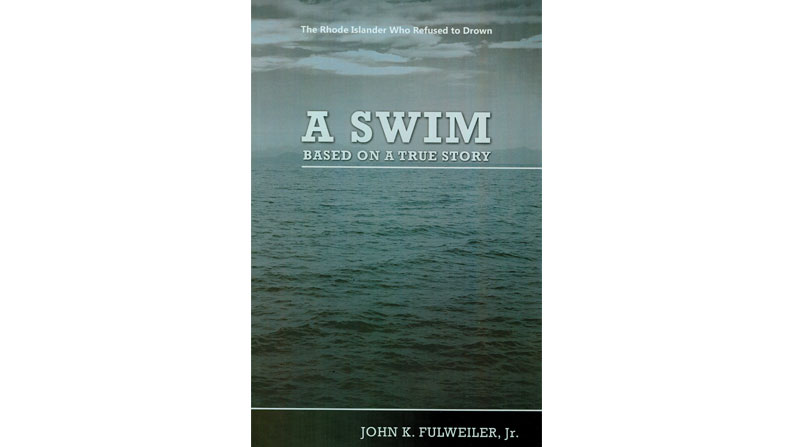 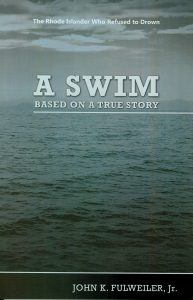 This small book is the story of Joe, a Rhode Island fisherman who not long ago fell off his boat and treaded water and swam for 11 hours in the cold Atlantic before being rescued. No spoiler alert needed here: you know from the book’s cover what it’s about. It’s not written as a tale of suspense, which would have been unlikely anyway once you know it doesn’t end in a drowning.

Nor is it a deeply psychological story, page after page of what it was like to be in cold water at night for all those hours, your life flashing or spooling endlessly before your eyes, every mental and bodily response minutely detailed.

Still, there is the drama of perseverance and some of the psychology. Mostly, however, it’s a detailed account of the incident itself, including wide-ranging information about fishing, the Coast Guard, Joe’s family members and others, and one man’s character — surrounded by a broad context of how drownings occur, what the sea is like, and much more, with cross-cutting between the main story and matters on shore, among the Coast Guard men in their search, and his wife’s worries.

What I like best about A Swim is its lack of romanticism: the author glorifies nothing in the tale and pulls no punches to ensure we like Joe. Joe is described as drinking beer during several of the interviews, and he doesn’t claim any life-changing revelations from the experience. He admits to certain stupidities. He seems totally honest when he describes what happened and what he did. Remember the heroics of George Clooney in the movie version of The Perfect Storm? That’s not our Joe here. You might end up not even liking the guy enough to invite him on your own boat, but you’ll learn something from his story nonetheless. Similarly, we see the personalities of the Coasties, who ultimately saved him, as individuals, not guardian angels.

So what do we gain from this little book besides the joy of reading about someone else’s torment and being glad it’s not us? Wear your life jacket! Make a real effort to stay on the boat! Have a submersible VHF on your belt! Interestingly, these are not the author’s own “lessons” at the end of the story. He focuses on some other interesting psychological and sociological observations about character — that you really must depend on yourself in survival situations, that in the end we are all pretty much on our own, that this man survived the situation based on his “grit” and calm determination. I don’t dispute this at all, but I personally would like to have seen a little more emphasis on how he could easily have prevented the disaster from occurring rather than perhaps implying, for some readers, that if you have true grit and determination, you will survive. What if this fisherman had been a few miles further out? What if his boat hadn’t run aground by itself in a place where it was seen and reported empty to the authorities? I doubt all the grit in the world would have saved him then, and I guess we’d have a very different moral to the story. So maybe the real “lesson” of the book is there regardless of what its author tells us.

Tom Lochhaas sails Allegro, a 1971 Albin Vega, in Downeast Maine, and really is outfitting for an eventual transatlantic passage.