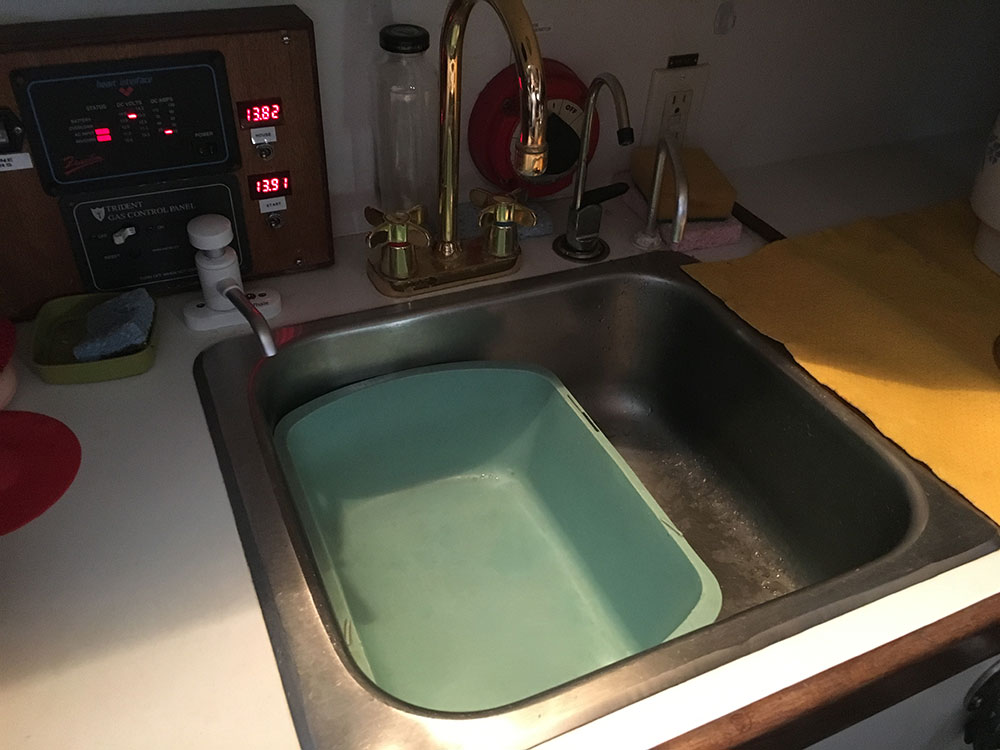 We’ve got some poorly lit areas aboard (as you can see above), and they’re where we most need bright light: our under-the-bridgedeck galley sink and our chart table. Early on, we’d use a flashlight to clean the dishes or navigate. Reticent to drill holes in the overhead surfaces, I cleverly hot-glued some large washers to these surfaces and stuck magnetic puck-style lights to them. The light was good, but the lights were easily knocked off, usually into the dish water. I tried a bunch of Velcro-based solutions, but these never lasted long. I think I’ve finally come up with a solution I’ll be happy with for a long time.

It seems all the hardware stores are selling cheap, wall switch-style LED light fixtures that emit an astonishing amount of light. They use 4 AAA batteries for power and can be affixed using magnets, Velcro, or two screws into captive slots. I was done with the first two approaches, and I knew that screws would be really stable, but how could I mount it that way without making holes overhead?

From a piece of scrap Plexiglas, I cut several plates about the size of the base of wall-switch lights. Then I used a wall-switch light as a template for screw placement and marked the plates before drilling and tapping for the appropriate screws. (By appropriate, I mean screws that are just long enough to penetrate the thickness of the Plexiglas, but then leaving only enough of a gap beneath the screw head to later slide on the fixture so that it’s snug.) Before turning the screws into the plates, I applied some glue inside the holes to increase the holding strength. Next, I wiped down the overhead with acetone, exactly where I wanted to mount a light. In the same spots, I used hot glue to attach the plates to the overhead.

After installing the batteries and sliding the lights into place, all that was left to do was flick the switch.

Jim and Barbara Shell cruise the Texas coast in their 1981 Pearson 365 Ketch, Phantom. 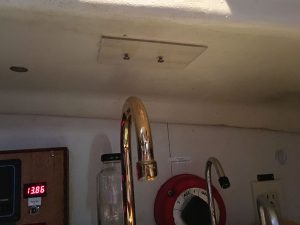 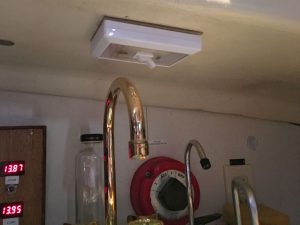