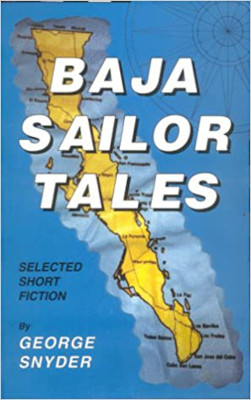 “You know, especially now, that life does not exist to be fair. It throws us obstacles to our well-being, as it’s supposed to. Who we are depends on how we handle those obstacles, how we deal with them, and get on with ourselves. You know that. It’s what builds character.” So says Phil, one of the characters in George Snyder’s book, Baja Sailor Tales, a collection of stories, poems, and reflections on sailors he met while sailing along the Baja Peninsula.

George creates a tapestry of characters, weaving them through his short stories. We visit with these characters, go down different paths, then meet up with them again in a later tale.

Phil is a weathered sailor who intends to cruise for most of the years he has left in his life. He laments the changes to the world of cruising, the cruisers of the ’90s: “sailing couples on vessels of 40 feet or more, loaded with gadgetry and ham radios.” These men, who consider themselves the last great adventurers, the rugged individualists unencumbered with the trappings of society, gather daily at the local bar and share their stories.

We learn about Trixie who tends bar at La Faena and has been in Mexico for six years. After three abusive husbands and a prison sentence, Trixie has ended up in Mexico. She goes to school there to learn the language and history. She’s waiting for a teaching certificate. She becomes a Mexican citizen, and the school has found her a place to live. Life is looking up.

And yet, life is not full of happy endings. Later we learn that Trixie’s past has caught up with her, and she ends up back in the bars. Baja Sailor Tales is, in some ways, a dark book about people at the end of the line with nowhere else to go and no one to go home to. This is the seamier side of cruising.

Yet these characters are living life to the fullest and doing what many only talk of doing. The stories are full of boats and seas, of riding the crests of the waves, and of landing on the rocks. If you enjoy reading the adventures of the Paysons, the Neales, or the Pardeys, this may not be the book for you. For a look at the other side, for what some may consider to be the “real scoop” about the cruising life, however, Baja Sailor Tales may be just the ticket. 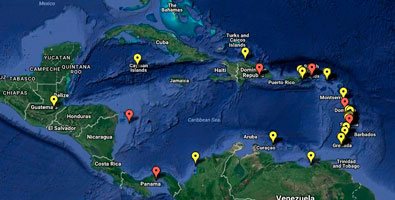 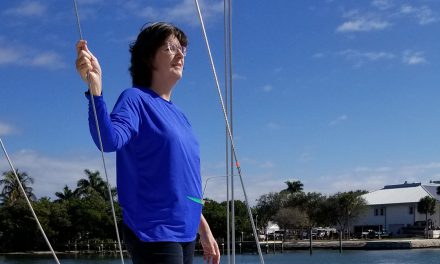