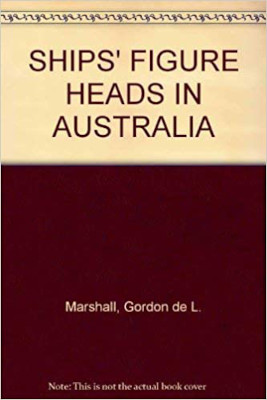 One can’t read Ships’ Figure Heads in Australia without falling in love again with the great era of sailing that laid the foundation of many civilizations over the past 4,000 years. Author Gordon Marshall has brought us a book that inspires and educates at the same time. When you start reading, you’ll be engrossed by the pull of the past and perhaps find yourself hoping that the grand ships of the world will someday again be adorned by figureheads.

According to the author, more than 500 figureheads were made in Australia from the earliest recorded one, built in 1832, until the last one, built in 1903. Of such an art and dedicated craft only 14 are known to survive. Of the aboriginal figureheads, the only Australian type to survive is one from the Boomerang of 1889. It is now housed in the Polly Woodside Museum in Victoria. Until the modern revival, the last figurehead made in Australia was for the ketch, Alma, in Hobart, Tasmania, in 1903. Gordon records that, of the figureheads made in New South Wales, the last one was of a dog fitted to the 56-foot schooner, Talbot, in 1896.

A registry of ships built in Australia and the figureheads on them shows a small number of ships were fitted with figureheads and very few of these have survived. Billetheads (ornamental carvings) were fitted to many ships as alternatives to figureheads from as early as the mid-1700s, some for economic reasons and others because some believed figureheads to be idolatrous. Figureheads were much more than ornamental, they embodied the eyes and served as the protectors of their ships.

Wherever they went, “Neptune’s wooden angels,” as the author calls them, attracted attention and built romantic ideas. If they could talk, oh the tales they’d tell! Instead, Gordon Marshall tells us their stories.

I highly recommend this book to anyone interested in the history of ships’ figureheads and the call and romance of the sea. Gordon has compiled a large volume of information into a very readable format, both for the serious researcher of ships’ figureheads and for the armchair sailor. As for the layout of the book, however, I found not having the photos and text together a little disquieting since the reader has to stop reading and turn a page or two to see a photo before returning to the text. I’m sure if it had been possible, the author and publisher would have put text and photos on facing pages.

With that noted exception, I can truly say that Gordon Marshall has done a valuable service for the sailing family. He has brought us in touch with our past. Well done, Gordon, well done. 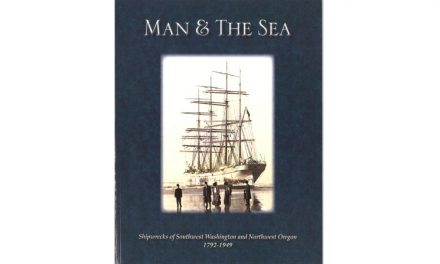