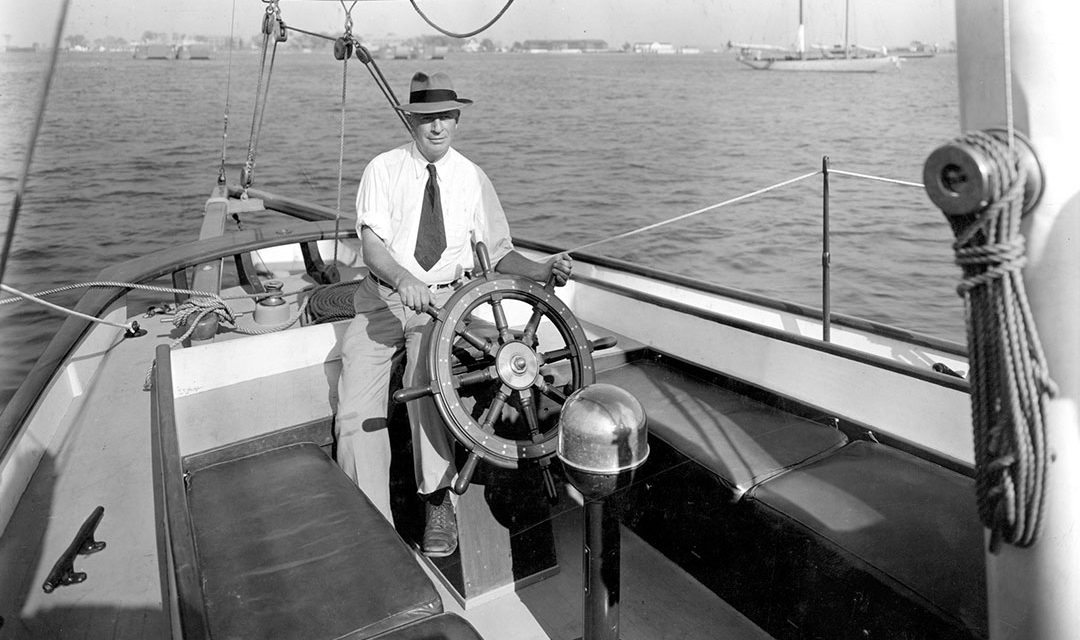 In 1906, Thomas Fleming Day founded the Bermuda Race with the revolutionary aim of providing an ocean race for amateur sailors in normal boats. In the process, he started the world’s oldest regularly scheduled long-distance ocean sailing race. It’s a 635-mile race from Newport, Rhode Island, to Bermuda. It’s been won in modest boats, including a Cal 40.

There is a Roll of Honour to recognize and celebrate extraordinary achievement “in or concerning the Newport Bermuda Race and its predecessor races.” Until recently, there were 10 people on this Roll of Honour, now there are 13. The following three men are the newest members. 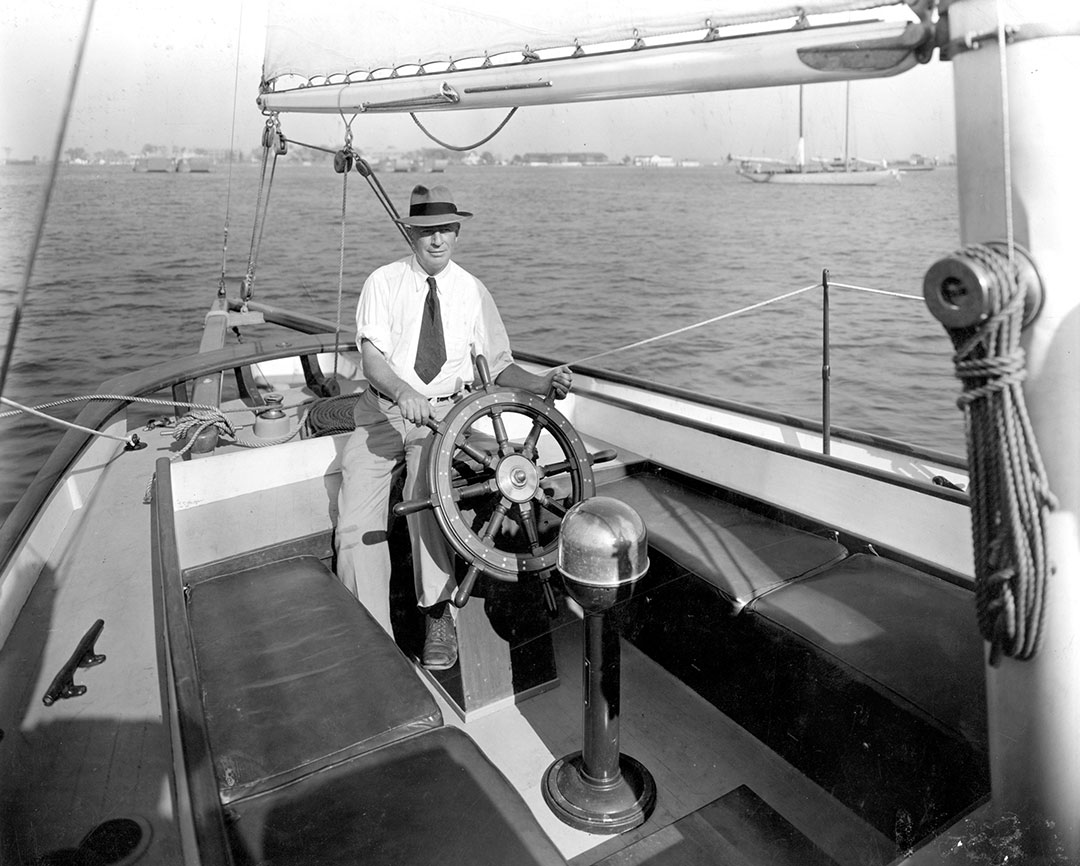 John Gale Alden (1884-1962) An ocean racing pioneer both as a sailor and as a naval architect specializing in offshore sailing yachts for Corinthian crews, John Alden raced to Bermuda 10 times, most often in command of a series of designs he named Malabar. He was a Cruising Club of America member and a member of the race organizing committee in the ‘20s. As a competitor, he took home trophies in six races and won three races overall (1923, 1926, 1932), setting a record matched only by Carleton Mitchell. Schooners of his design were among the top finishers for many years; in 1932, when Malabar X won, other Alden schooners occupied the next three places. 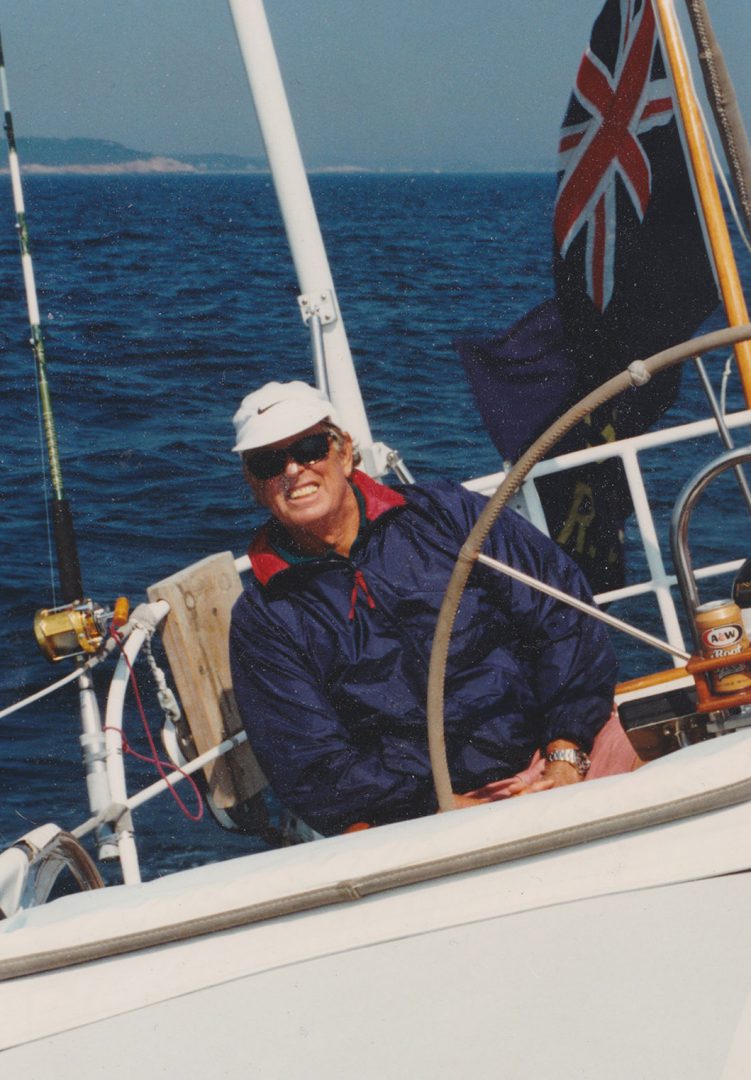 Edmund Kirkland “Kirk” Cooper (1932-2018): While growing up in Bermuda, recalled Kirk Cooper, “My father took me outside behind a wall, and he told me to stick my head out so I’d know what a strong wind was.” He came to know that wind well, sailing his first Newport Bermuda Race at age 17 in a boat named Dirigo that his wife Helen described as “tiny.” He went on to race 16 more Newport Bermuda Races, plus the Marion to Bermuda and Marblehead to Halifax races, often in command of his Frers 44 or his McCurdy & Rhodes 69. Both were named Alphida (for three of his children, Alex, Phillip and David).

As Royal Bermuda Yacht Club Commodore in 1972, the year of the roughest Bermuda Race, Kirk calmed worried families and supervised finishes without the loss of a boat. A top-notch small-boat sailor as well, Kirk went to college in Montreal, sailed International 14s successfully and, after returning to Bermuda, represented his country in three Olympic games, racing in Dragons and Solings. In 1986, he was awarded the Order of the British Empire for his service to the island. 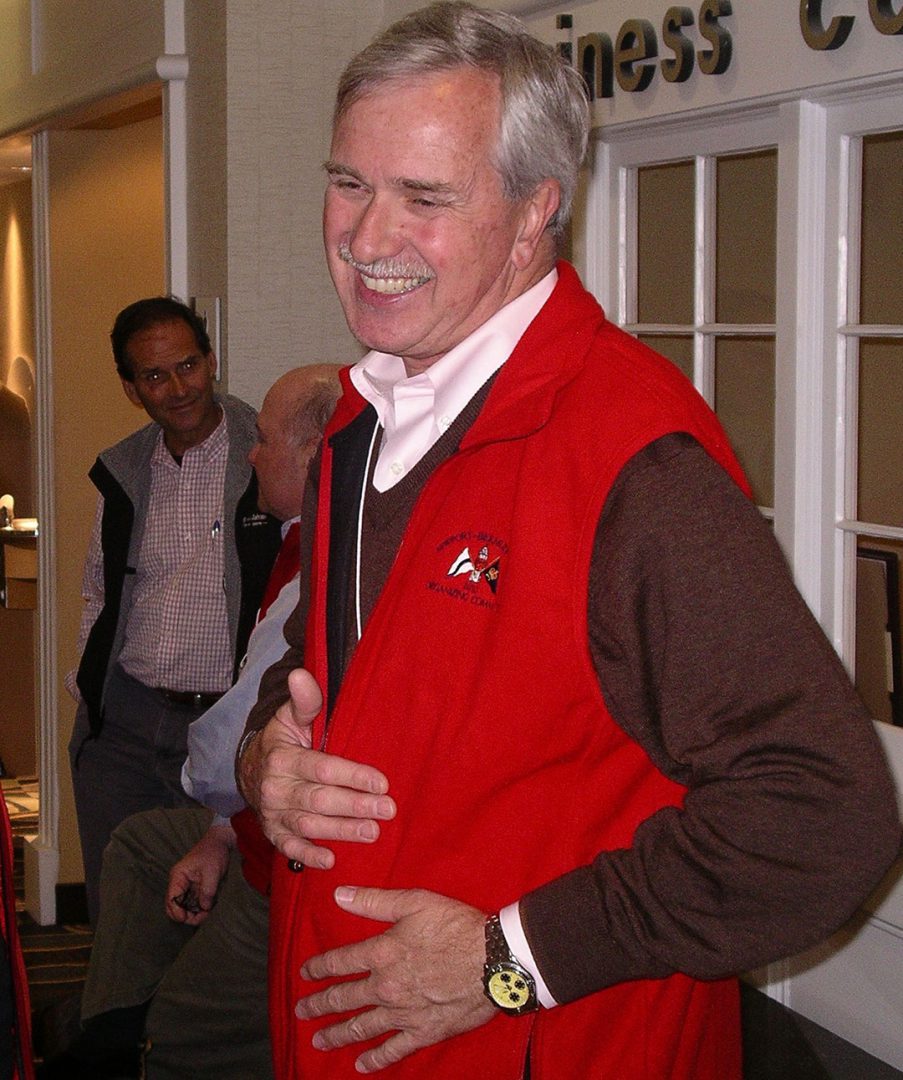 Bjorn R. Johnson (1955-2018): The 15 “Thrashes to the Onion Patch” he sailed were a fraction of Bjorn’s contributions to the Newport Bermuda Race. A deeply experienced offshore sailor with victories in the Bermuda One-Two and the Transatlantic Race to his credit, Bjorn was well known as chief inspector for several Bermuda races. This role led him to join the US Sailing Safety at Sea Committee that significantly simplified the international offshore safety equipment regulations, to the benefit of all offshore sailors in the U.S.

Bjorn served as Bermuda Race Chairman in 2010 and continued to serve the Organizing Committee thereafter. He was an ever creative, knowledgeable, and essential volunteer who cheerfully took on the most challenging assignments ranging from race-entry management to sponsorship sales and fulfillment. Bjorn personified the dedicated volunteer spirit that has sustained the race since its founding in 1906. 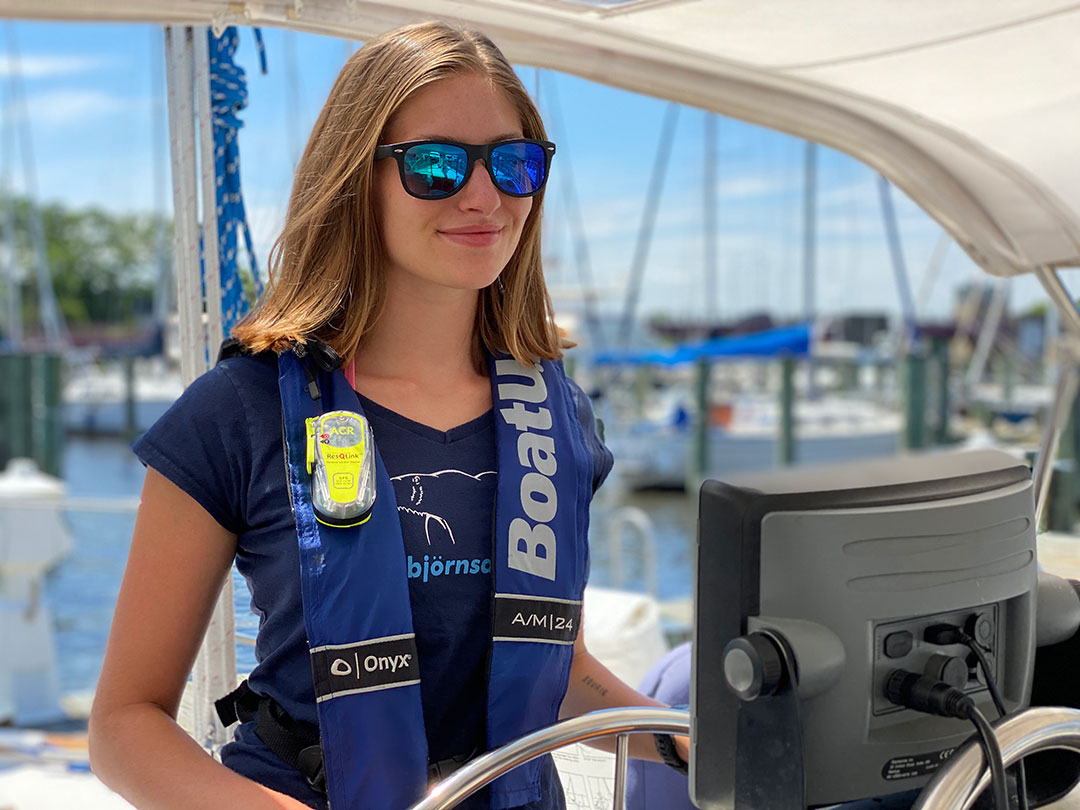 Personal Locator Beacons (PLBs), those pint-sized, individual rescue beacons used by boaters, sailors, and paddlers to summon emergency help, have saved hundreds of lives since their authorization for use 17 years ago. That doesn’t mean they are maintenance free, according to the BoatUS Foundation for Boating Safety. The boating safety nonprofit offers the following tips to maintain and use a PLB.

Finally, for anyone with a temporary need for a PLB (crewing on a Bermuda Race?), know that they are available for rent from the BoatUS Foundation for Boating Safety. 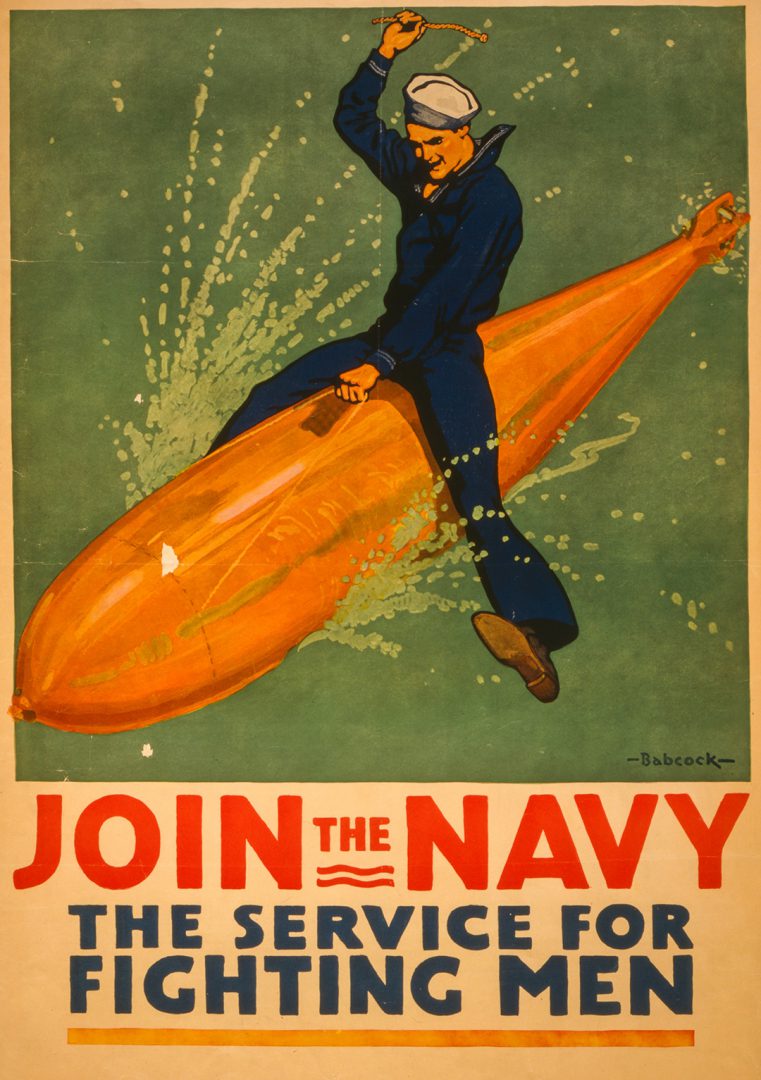 How are you doing?

Good? Fine? Hunky dory? I hope so. But where did that last one come from?

Word on the street: Japan.

Sailors visiting Yokohama (or perhaps Yokosuka) in the 1800s would frequent the Red Light district on a street pronounced “hoe-ma-chee.” In Japanese, the word street is pronounced “toe-ree.” Put it all together, and it’s easy to see how this pronunciation might have been bastardized by sailors into honky dory, from which evolved hunky dory.

While it has not been proven definitively, this theory seems more credible than the many others I looked at. The term’s been around for a long time and even the Oxford English Dictionary is mum on its origin. 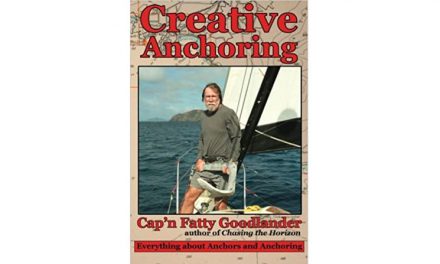