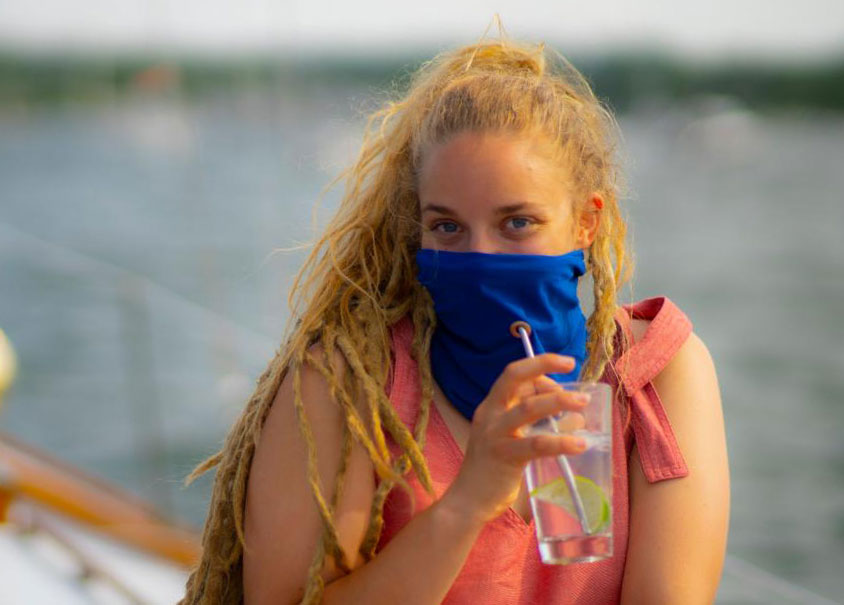 Summer Sailstice is on!

We were shocked to realize that this is the 20th anniversary of Summer Sailstice, the annual worldwide celebration of sailing that coincides with—you guessed it—summer solstice. June 20 is the day and we at Good Old Boat want to encourage everyone who can get out on their boats, to do so, safely.

We are Summer Sailstice sponsors and have long thought of the event as an excellent catalyst for introducing non-sailors to sailing. Unfortunately, it’s going to be hard enough just to get sailors sailing with the new reality in which we’re living.

But do what you can! If the boat is grounded in your backyard, raise the mast, raise the sails (before the wind picks up) and…lube the sail track. If your boat’s in the water and you can get to her and legally get her underway, do it! If you can safely bring a friend, do that too. However you celebrate sailing, send a photo of what you did on June 20 (or the proximate days) and we’ll publish it here or in Good Old Boat magazine. And of the photos we receive, we’ll pick our favorites and send those folks some Good Old Boat swag.

The End is Near 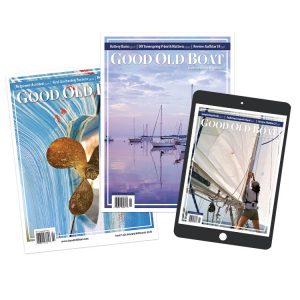 The end of our free giveaway is what is near! We’ve spread the news far and wide, via email and Facebook and here in The Dogwatch, yet we’re still hearing from readers who don’t know that we’re going to give away—free to everyone on Earth, no charge, no strings—the digital version of the very-soon-to-be-released July issue of Good Old Boat. July/August is the last issue we’re giving away for free (we wish we could afford to do more).

Want yours? Download the May/June issue here, and we’ll automatically send you the July/August issue when it is released.

And please help us spread the word. Have a sailing/boating friend who may want theirs? Send them the link—or forward them this copy of The Dogwatch!

The good folks at Oakcliff Sailing have gotten desperate—and creative. Their Performance Party Buff is a mask that doesn’t get in the way of cocktail hour. Want your own? Oakcliff is selling them here.

And by the way, Oakcliff is a high-performance training center for sailors who have progressed beyond traditional coaching methods. They’re based in Oyster Bay, New York. 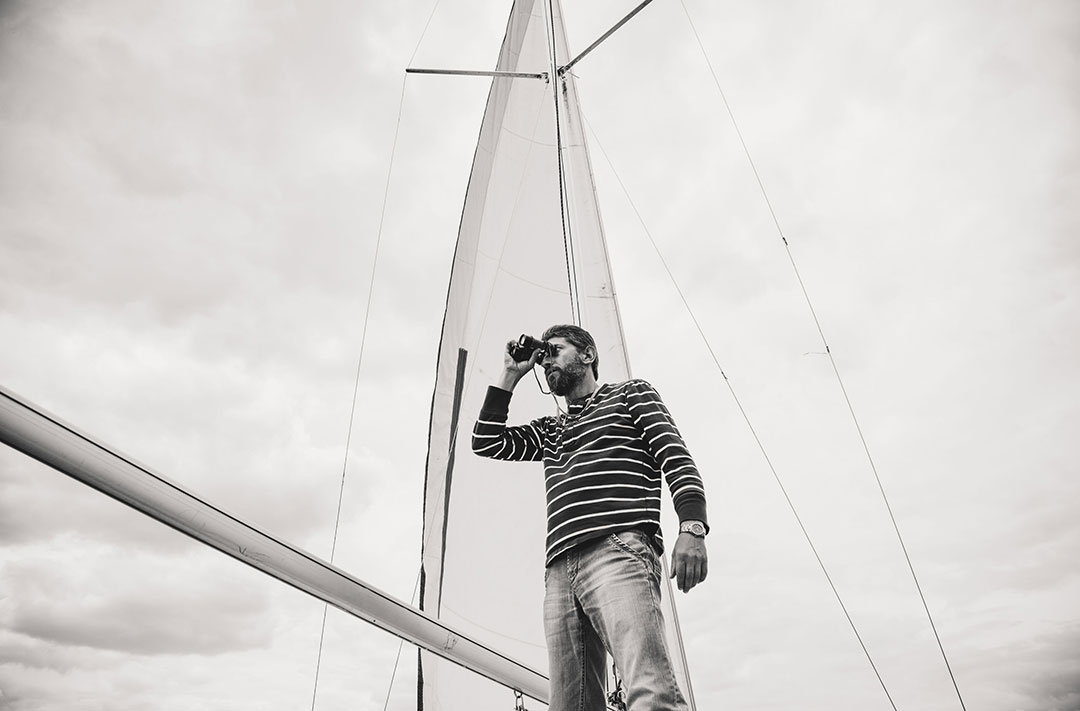 Forever in blue jeans…at least that’s how Neil Diamond, sailors, and the folks in Genoa, Italy, would have it. There is a lot going on in this month’s trivia, we’ll take it step-by-step.

The country of Italy wasn’t founded until 1861. Before then, that area was made up of several independent republics, one of which was the Republic of Genoa, a maritime republic with one of the most powerful navies in the Mediterranean, the Genoese Navy. (The Republic of Genoa was going strong for nearly 900 years, before Napoleon came along in 1797.)

Now when you put on a pair of jeans, you’ll appreciate their sailing heritage.

But there’s a bonus this month.

We now know that jeans came from Genoa when it was a city in the Republic of Genoa, but get this: hundreds of years later, the name of the large sail we fly from our forestays came from Genoa as a city in Italy. Apparently, after Swedish sailor Sven Salén flew the sail aboard his 6-meter yacht, May-Be, in 1926 during the Coppa del Tirreno yacht race off Genoa, the name stuck.