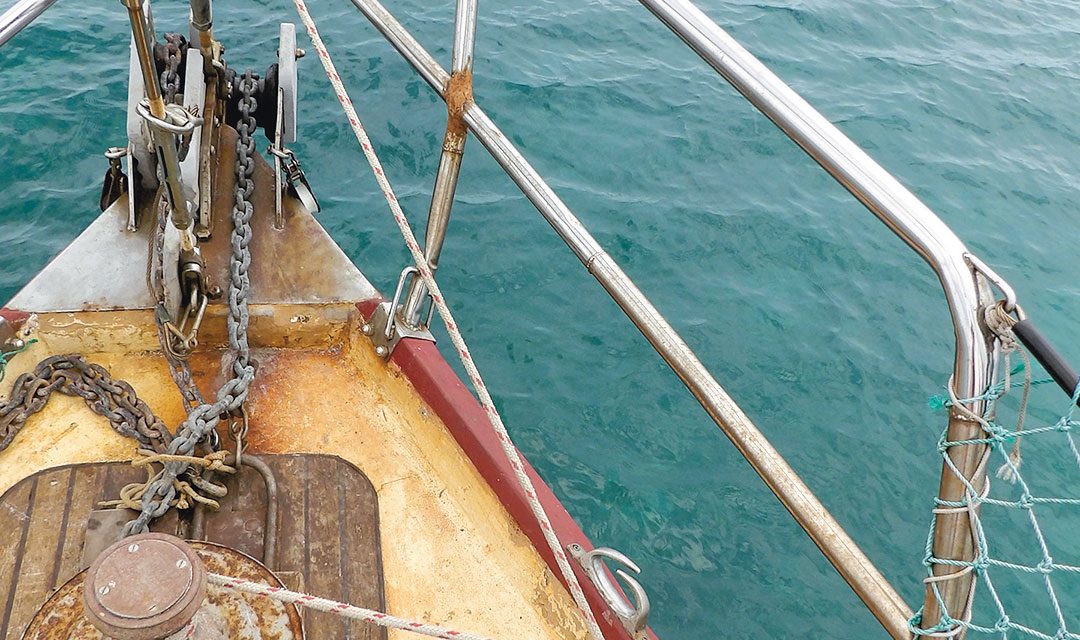 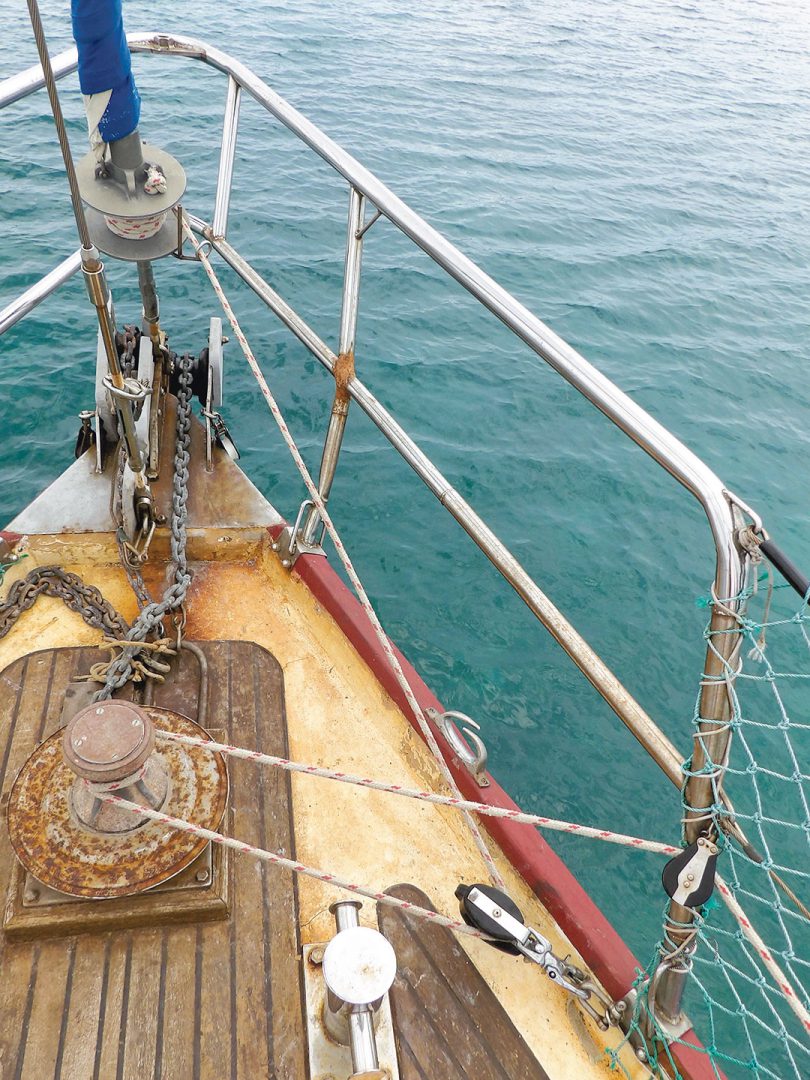 I stared down at my university packing list. I had been onboard Jasamine since I was two days old and couldn’t help but feel that I was deserting her by jumping ship for college. And I knew that I was leaving my dad, the captain and builder of our 54-foot monohull home, shorthanded. I had grown to become his deckhand, and now that he was nearing 70, I felt he relied on me to keep his sailing dream alive. I couldn’t imagine him apart from the sea, and yet I’d seen him struggle lately with physically demanding tasks, and I quietly wondered if the time was coming for him to turn the helm over to someone else.

My dad had often spoken of how certain additions or alterations to Jasamine would make late-in-life cruising a breeze. In particular, I’d noticed him lusting after shiny electric foresail furlers on the bows of new Beneteaus and Catalinas. As they’d parade past us, his eyes would follow like a sailor’s gaze follows a skirt. I couldn’t blame him: an electric system that obeyed with the touch of a button? No strain, no stress, no extended vocabulary in bad weather? It sounded like a dream! But after my mom and I priced electric foresail furlers one Christmas, Santa brought my dad something way more affordable. 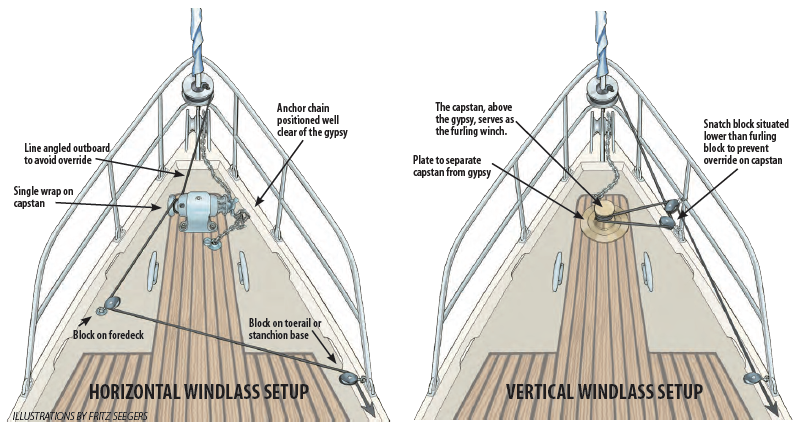 I looked up from my packing list to see my dad skip down the hatch with a grin on his face. “Come on up to the foredeck, I’ve got something to show you and Mom.”

I followed him topsides. He had been tinkering all morning on the foredeck, running lines, rummaging through bins of collected hardware. Up on deck, the windlass caught my attention.

“Dad, why is the furling line around the capstan?”

“Here, I’ll show you what I did and how it works.” 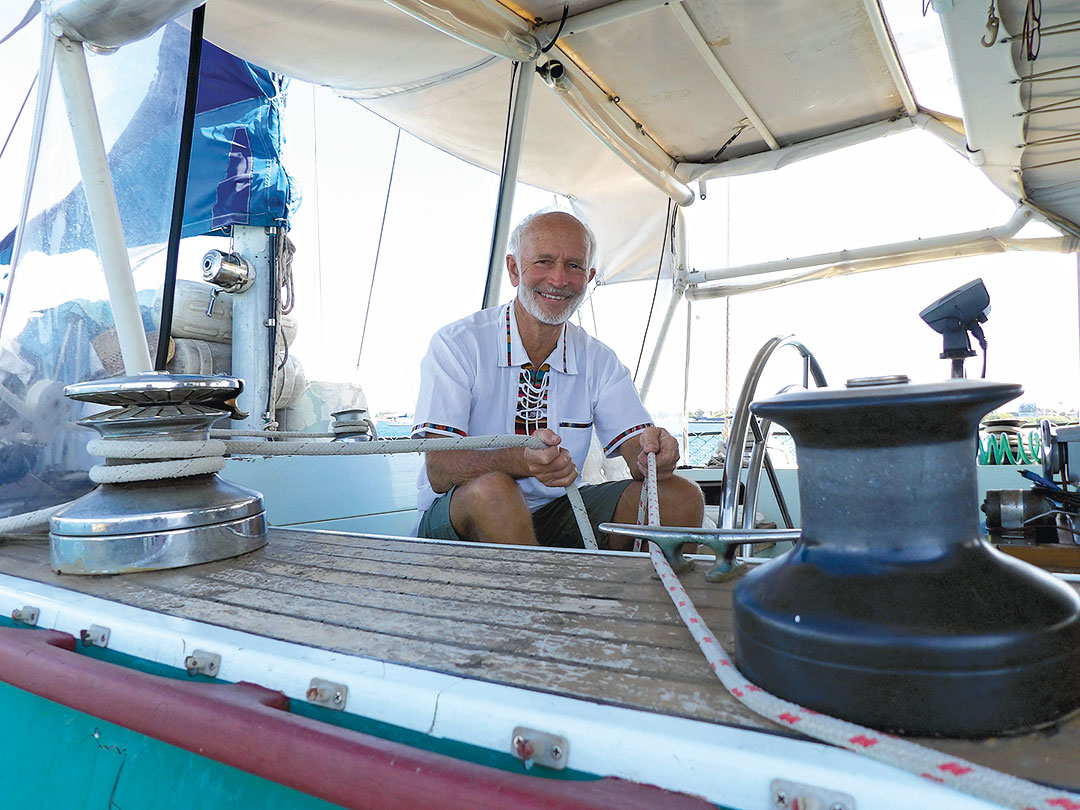 Then he came forward and pointed out some of the design details he’d worked out. He explained that from now on, before sailing, we’d make sure the anchor chain was secured with the stopper, remove it from the gypsy, attach the snatch block, and run the furling line as he had it. He showed us how it was important that the line running from the snatch block to the capstan be below the turn around the capstan that runs to the cockpit, as this prevents override. 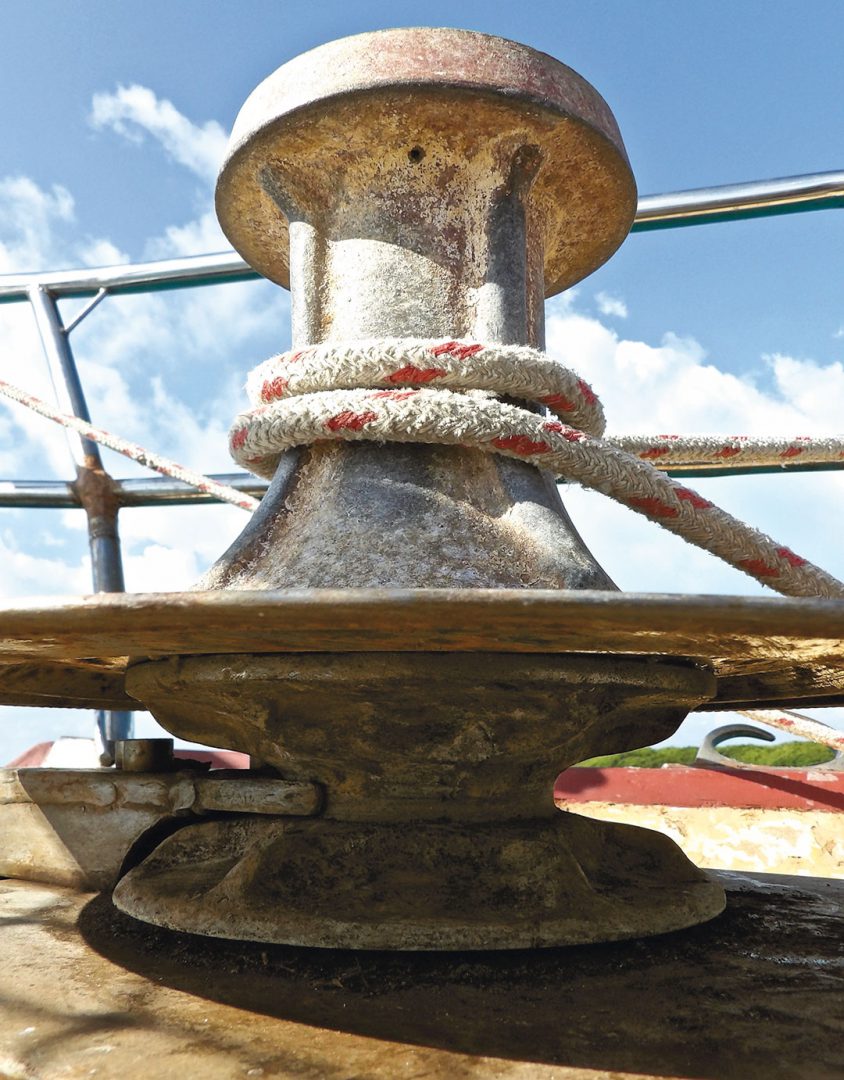 He pointed out the round, flat, (rusted) metal plate he’d installed on the windlass, separating the anchor chain gypsy from the capstan and preventing the furling line from slipping into the chain gypsy. He showed me how to de-rig the system after a passage so that the anchor windlass can once again be used for anchoring. Based on the smile on his face, this sailor’s pride wasn’t measured by his resources but by his resourcefulness.

Maybe feeling a tad resentful at the prospect of being so easily replaced, I asked him whether his new system furled as well as I do.

“Even better, my girl! It complains less.” His eyes twinkled.

I’m glad that my dad’s resourcefulness is going to help him continue to live the life he loves. This clever bit of ingenuity and workmanship is an example of the quiet determination that has fueled his dreams all these years, and it encourages me to approach my future with the same spirit. Who knows? After this whole university thing is over, I may just have to keep on cruising myself.

grew up living with her parents, two dogs, and a parrot called Captain Morgan aboard Jasamine, a 54-foot, ketch-rig monohull, which her parents built in the 1980s. Currently she divides her time between life at sea and life in a dorm, as she’s studying physics and secondary education at university. After graduation she hopes to teach overseas and explore. 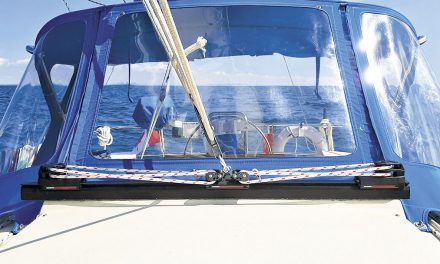