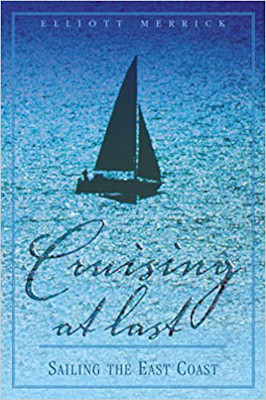 Why do people sail, climb mountains, or backpack? According to Elliot Merrick, “Perhaps it is that we have gone and must go full circle. From primitive hunger needs, bark shacks, and skin clothes we ‘advance’ to our present civilization . . . Perhaps it is only by losing the primitive sense of oneness with nature that we can value it and learn to win back to perceptiveness again.” In other words, we need to be, or at least feel that we are, more self-reliant. Elliot Merrick certainly was that. Before retiring from the U.S. Forest Service, he spent four years building Sunrise, a 20-foot sailboat he that and his first wife, Kate, and later his second wife, Patricia, cruised up and down the East Coast from Georgia to Maine and back several times.

Over the course of his lifetime, Elliot wrote several novels, short stories, and magazine articles. Cruising at Last: Sailing the East Coast is simply a collection of short works he planned to eventually compile into book form. He died in 1997 before he had the chance. Fortunately for us, his daughter completed this task. The book starts by telling how the author and his wife spent summer vacations camping in a daysailer near Hilton Head, South Carolina, in the 1960s while dreaming of the day when they would own a truly seaworthy boat. Sounds like a lot of us, doesn’t it? Although written over a period of years and over several voyages, the narrative flows like the incoming tide at sunset. It gives the wanna-be sailor that if-he-can-do-it-I-can-do-it attitude and leaves the experienced sailor chomping at the helm to get back out there.

Cruising at Last takes us on an odyssey that’s part cruising guide, part travelogue, and part character study with just enough technical information about Elliot’s boat to scratch that particular itch. If you’ve read and enjoyed things like My Old Man and the Sea or North to the Night, you’ll probably enjoy Cruising at Last. It provides a nice contrast to the life-and-death stories by telling how pleasant being self-reliant in a small boat can be. It’s a book to be read on long, cold, dark winter evenings when our boats are stored for the season and we can’t wait to feel the deck swaying beneath our feet and the cool spray rinsing our faces again. To take a line from the film industry, this could be the “feel-good” book for the off-season.

Cruising at Last: Sailing at the East Coast by Elliot Merrick (The Lyons Press, 2003; 288 pages) 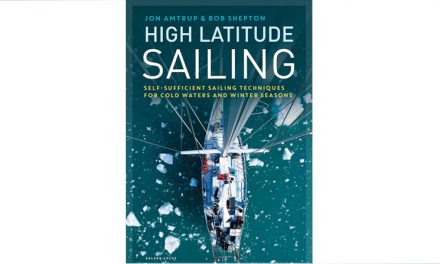 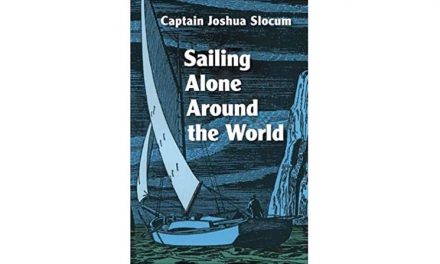