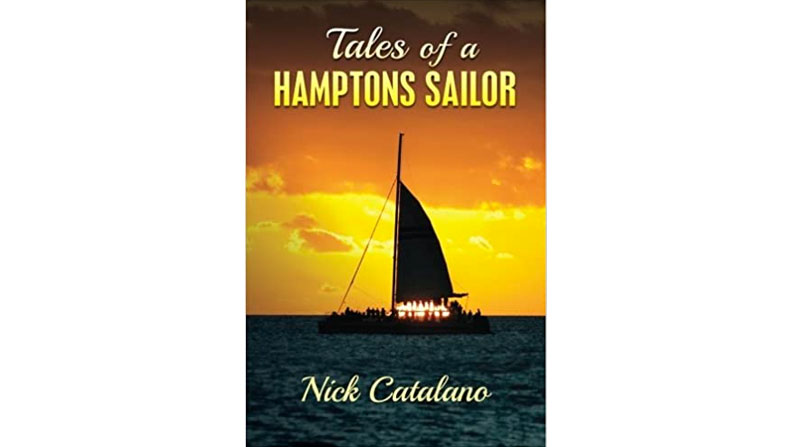 Nick Catalano’s book, Tales of a Hamptons Sailor, starts off with six short stories recounting what being a sailor in the Hamptons in the 1980s was all about. From the crazy locals and early morning drug busts, to secret interrupted rendezvous at the boatyard and The Hamptons Yacht Club (inspired by a dream one sailor had to sail without their wives), these brief accounts show a New Yorker’s take on the summer happenings in the East Hamptons.

Many of the stories are comic, but “The Gardiner’s Island Rip,” a story of a son and his father, begins as a fish story and later will, at the very least, bring tears to a reader’s eyes.

The second half of Catalano’s book is a novella, “A New Yorker at Sea,” and is a much more intense read. Courted by the romance and the quest for adventure that sailing promises, Joe Pisano (the author’s fictional character) sails through his anxiety again and again, never letting his fellow crewmembers know of his true angst, which is so severe he is literally shaking from fear.

While crewing in the Around Long Island Regatta, they end up sailing in a hurricane. Multiple boats are capsized and dismasted and Joe sees speeds of seventy-five knots while at the helm. Despite the white knuckling experience, they win the race.

Enticed by the romance of circumnavigation, Joe agrees to replace a crewmember on a 51-foot cutter, Bravura, two years into circumnavigating. He’s asked to join the crew in Egypt, a major terrorist hotspot.

From the time he goes through customs and immigration Joe has a sinking feeling. Still, he continues his eventful Middle Eastern trek to the Suez Canal, where Bravura is anchored, and meets his crewmates, Dick Spooner and Roger Thornton, who do anything but make him feel welcome. Anything and everything that can go wrong seems to follow. The engine isn’t working and can’t be fixed, the boat is a pigsty, the refrigerator is broken and the food is rotten. The locals scam them when they attempt to get an engine repairman from Cairo, and to top it all off, the first night onboard, Joe wakes up to find dozens of roaches on his pillow.

Despite all of this, he stays with his plan to crew, and faces more obstacles and trials than one can imagine living through. Readers along for the voyage will feel Joe Pisano’s dark depression, loneliness, and exasperation as well as his swelling pride, determination, and relief.

“After two days she (the dolphin) left me. I didn’t see her go . . . She had become a special romantic companion, and when she was gone, I felt like a jilted lover.”

This book is definitely worth reading, whether you are an experienced sailor or armchair adventurer. 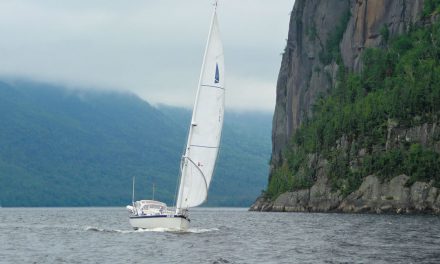