A Unit of Water A Unit of Time: Book Review 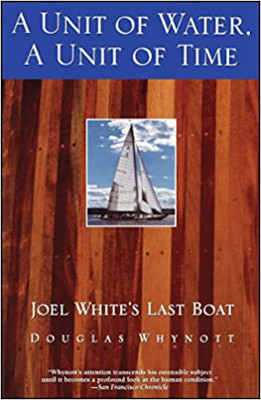 Douglas Whynott spends June 1996 to July 1997 observing events at the Brooklin Boat Yard in Maine. It turns out to be a significant year for observation, and he weaves a detailed tapestry of the boatbuilders, the townspeople, the boats under construction and repair, and members of the White family, who run the yard. He makes you understand the people involved and teaches you a great deal about boatbuilding.

The emphasis is on three generations of Whites, beginning with the famous E. B. White, an amateur sailor and famous author who also worked for The New Yorker. E. B. wrote for adults and children, but it is for the children’s books, such as Charlotte’s Web, that he is best remembered, along with the ever-popular grammar guide, Strunk and White’s Elements of Style.

E. B. White moved to Maine in 1938 to become a writer, after spending summers there while working in New York. In Maine, he passed his love of sailing on to his young son, Joel, who later studied naval architecture and eventually became owner of the Brooklin Boat Yard.

In 1997-98, the slice of time under Douglas Whynott’s microscope, Joel is battling (and eventually dies of) cancer, and his son Steve, has taken over the operational responsibilities. But Joel remains upbeat and continues working and designing a couple of boats, one of which is completed. He is also doing some oral readings of his father’s works, which are being commercially taped and sold as White on White.

Whynott ties all this together with profiles of town life, the boatyard, the workers there, Joel’s special relationship with Jon Wilson (the founder of WoodenBoat, which is headquartered nearby), and the glory of Maine.

At one point in the book, Bob, one of the yard workers, tells the author, “The displacement of a boat is a good indicator of the time and money involved.”

Whynott responds: “Displacement is also equal to the weight of the boat, right?” Meaning that the amount of water displaced by a boat is equal to its weight.

“These seem odd equivalencies,” the author muses, “the idea that a water’s weight could be equal to the time and money spent displacing it. Didn’t that make a unit of water equivalent to a unit of time, and didn’t this seem right, that in the boatbuilder’s realm, water could somehow equal time?”

It’s getting to know those who inhabit the Brooklin Boat Yard and reading Whynott’s quirky insights that make this book a joy to read. 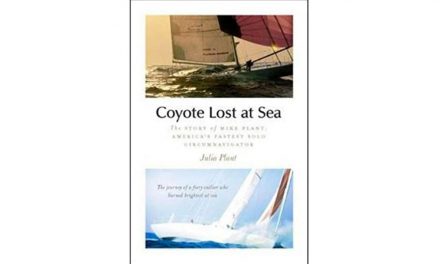