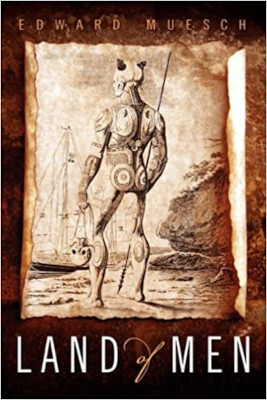 Sailing is man’s unifying experience. It is the path toward his oneness with nature. The love of the sea is innate in every man’s soul, because it captivates him and entices him with its majesty, beauty, and measureless bounds, promising him unending bliss and tranquility.

Man has been spellbound by the sea from the dawn of time. The sense of infinity and mightiness it emanates draws man to it and immerses him in a temporary sense of eternity. It calls on him unconditionally to explore it, and always welcomes him into the warmth of its womb.

The love of the sea can blind a man’s perception of the world and of his own life. He can become compelled to leave everything behind in order to contemplate his soul and to consummate his union with nature. That is exactly what happened to Samuel Dover, a character in this novel.

In Land of Men, Ed Muesch explores the love of sailing and of the sea. The main character leaves his life to launch into a new one filled with excitement and adventure, hoping that he will rediscover his lost self in the deep waters of the ocean.

Samuel Dover separates from his wife of 27 years because of his stubborn compulsion to follow his dream of sailing around the world. He purchases an antique sailing ketch that appears to come directly from the past, restores the vessel to its original condition, and names it Dark Trader. His obsession with his dream does not scare him when he learns that the ship has a dark and troubled history: the boat was abandoned and the crew disappeared on two different occasions. He hires Mike, a former bar bouncer he found to be the perfect mate for his mission, and they set sail from Annapolis, Maryland, for the Marquesas, following the course of the original Dark Trader.

Upon landing in Nuka Hiva, the “Land of Men,” Captain Sam and Mike discover a land of the past; they’re in the 1800s where mysticism and warriors rule. Sam falls in love with the native Kaitu, who has haunted his dreams from his first moments on the schooner. He will do whatever it takes to be with her, but as they attempt to change their destinies, fate intervenes and eradicates their dreams.

I found this novel to be intriguing, captivating, romantic, and spiritual, though confusing at times, but definitely entertaining and well written. It is a mix of fantasy and reality that keeps the reader interested and yearning for more. 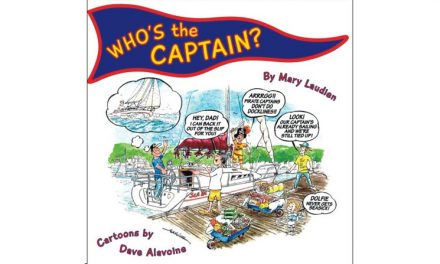