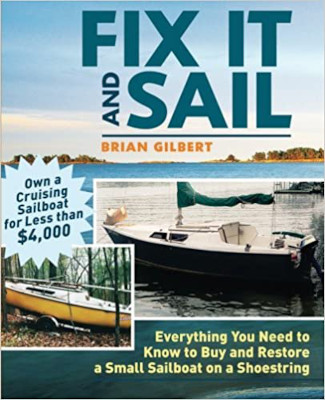 Good Old Boat author Brian Gilbert has just written the sailboat restoration book for Everyman. You may not recall him, but Everyman awoke one day after having a dream of sailing a boat of his own. His dream wasn’t of a fancy yacht, but he did want a sailboat. At Good Old Boat, we call this “the affordable dream.” In Fix it and Sail: Everything You Need to Know to Buy and Restore a Small Sailboat on a Shoestring, Brian tells how to achieve the affordable dream.

Like Everyman, Brian had family responsibilities, a mortgage, car payments, and other financial obligations. So he bought a fixer-upper sailboat and fixed ‘er up. In doing so, he learned much about what not to do and discovered some clever and inexpensive ways to achieve his sailing goal.

In Fix it and Sail, Brian shares the good tips he’s learned and spells out where the pitfalls are. He is forthright in his recollections of the mistakes he made and what he learned as a result. In doing so, of course, he spares his readers from making the same discoveries the hard way. Brian is handy with tools, so don’t be misled by his tales of mistakes. These are “learning experiences” Everyman could appreciate. There are lessons for all of us in this book.

Fix it and Sail is partly a book full of fix-it tips which are applicable in a general sense to any project boat, and partly a book about the specific challenges Brian encountered with his boat, complete with details about how he solved each one. In this second case, this is a book from which a do-it-yourselfer can take heart. Brian is a regular guy, an Everyman. Nonetheless, look what he accomplished; it tells you, You can too.

This is an honest heart-to-heart sharing of what one do-it-yourselfer learned. It is accompanied by a vast section on resources that will help others who would do likewise. Brian spells out the timeframe and the costs of his project, he lists useful websites and books, and he includes a section on terminology and tips for the uninitiated.

Fix it and Sail is a you-can-do-this book. If you’ve wondered whether you’ve got the time, energy, skills, or perseverance, this is the book for you. Brian Gilbert, also known as Everyman, says yes, you do. 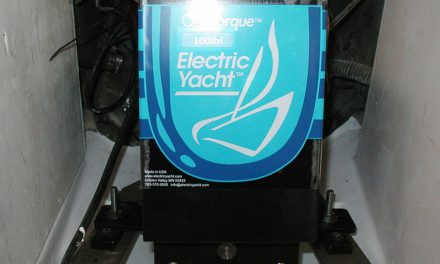