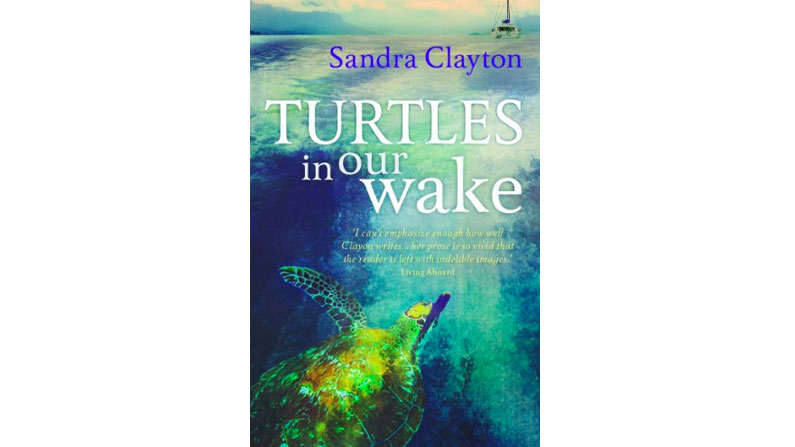 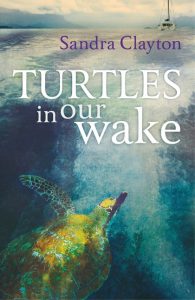 In 1998, Sandra and David Clayton decided to take early retirement in their fifties, buy a 40-foot catamaran and venture from the U.K. to the Mediterranean and beyond. Sandra kept a journal and wrote newsletters to friends tracing their travels from England via the coasts of France, Spain, and Portugal to the Mediterranean, all of which evolved into a well-received book entitled Dolphins Under My Bed (2008). After a year’s trial on their catamaran, Voyager, the Claytons decided to make permanent their life on the water.  Turtles in Our Wake (originally published in 2009 in the U.K. as Something of the Turtle), focuses on their second year, exploring the Mediterranean Sea and making their way to the Madiera Islands in preparation for crossing the Atlantic Ocean.

Sandra is a wonderful writer and this is a cruising story that rises above most others I have read. Her descriptions of life aboard Voyager and the sites they visit, from the Balearic Islands to Sardinia and back to Spain, are filled with richness. She is self-deprecating and has a magnificent sense of humor, telling often laugh-out-loud vignettes of cruising life, from boats dragging for hours back and forth through anchorages, docking mishaps in strange and odd circumstances, ill-mannered powerboaters in crowded bays, and the general foolhardiness that all too often seems to happen on the water.

Turtles in Our Wake picks up in Menorca in the Balearic Islands, selling their house in the U.K., sorting out their possessions, and putting what’s left in storage. Although the first few chapters are a bit raggedly organized, Sandra nonetheless brings alive the pathos as well as the process of selling one’s home and sorting out one’s life possessions. Once things are settled up, Voyager truly becomes their home, and even the narrative finds a pleasant rhythm. Sandra artfully takes the reader from living on the hard in a boatyard through dozens of anchorages, historic sites, colorful villages, and encounters with people of every stripe as well as with dolphins, whales, and other sea life. Sailors will appreciate her take on resolving sailing issues, from dividing up chores on the boat and dealing with provisioning to refilling propane tanks, keeping engines running, navigating when one’s autopilot gives up the ghost, and getting caught by, and freeing oneself of, a drift net.

The final chapters of the book bring Sandra and David to Gibraltar, where they go into a boatyard to replace Voyager’s autopilot, fix engine problems, and then make a six-day passage into the Atlantic to Porto Santo in the Madiera Islands. This will be their jumping-off point for the Caribbean, a saga which Sandra tells in her forthcoming volume, A Thousand Miles from Anywhere, which is scheduled for publication in March, 2013 (Bloomsbury Publishing, U.K.). I won’t give too much away, but there are four more years of sailing ahead of the Claytons from the Caribbean, the Bahamas, America’s eastern seaboard, and northeast Canada, thence back across the Atlantic. Although they have not swallowed the anchor, they recently purchased a steel canal trawler in Holland to spend summers exploring Europe’s inland waterways. We can only hope that Sandra continues to share her stories with the rest of us. 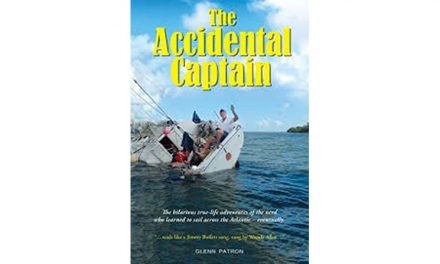