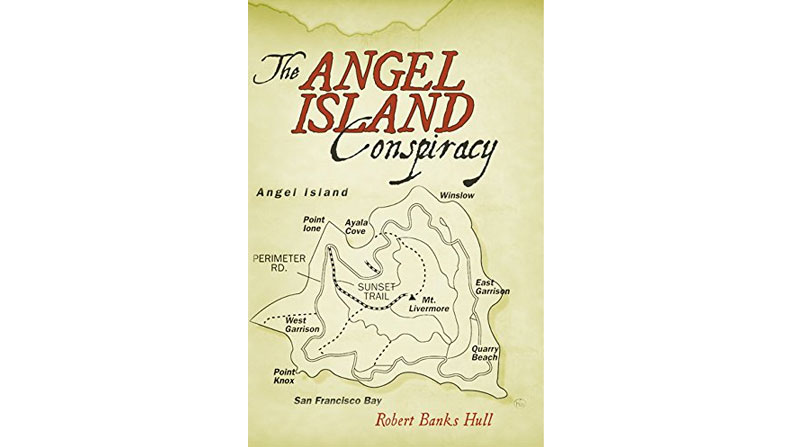 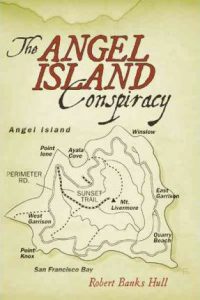 Told in the first person, The Angel Island Conspiracy is an action/thriller/mystery that reads like a true-life story. Author Robert Banks Hull sets his story on Angel Island, a real tourist destination off the Pacific coast of San Francisco. Hull uses his knowledge of the island, San Francisco, and the surrounding waters to create a vivid and believable backdrop for his tale.

On a pleasant fall evening in 1981, Travis arrives at the Island and, while looking for a mooring, sights a trawler flying a German https://naturallydaily.com/tramadol-online-100-mg/ Navy battle flag. These types of flags are usually only seen flying on battleships, not yachts. So what is going on?

He greets the man aboard, who is less than friendly, and later watches as the man takes his dog to shore in his dingy, and then heads up onto the island. He thinks it is strange that the man continues up onto the island in the dark, as visitors are not permitted there at night, but shakes off his worries — until he is awakened the next morning by the siren of a sheriff’s boat.

While watching the scene, he sees a dead body on a stretcher being loaded for transport from the island. The shape of the body favors that of the man on the trawler. And the man’s dog is following the procession frantically. Travis knows it has to be the same man who was aboard the trawler the night before, the one with the German Navy battle flag.

Suspicious, Travis decides to snoop around on the island. The newspaper story he read said that the corpse was found near the old barracks, so he heads off to see what he can find. He is in Ayala Cove when he sees another boat flying the German Navy Flag, located off the same area where the body was found.

“More transplanted Germans who are, all of a sudden, deciding to show their patriotism . . .?” Travis wonders.

On a whim, he goes ashore in the dark, without a flashlight, and has to abort his mission, but Travis is certain there is something more going on. He sets off to first convince and then to enlist his friend and sailing partner, Carol Whitely, to help him find out just what it is.

Carol and Travis discover what they believe to be evidence of espionage on the island. Travis is sure there is a plot to blow up the Golden Gate Bridge but no one will believe his farfetched theory. So the two of them go about conducting their own investigation, not knowing until it is too late that they will be in danger and fighting for their lives in the process.

This “boat” book is a great read for boaters and mystery/thriller readers as well. The author’s style causes readers to believe the tale is real. The action continues to build up to the end, with its plot twists and surprises making it both a must read and hard to put down. 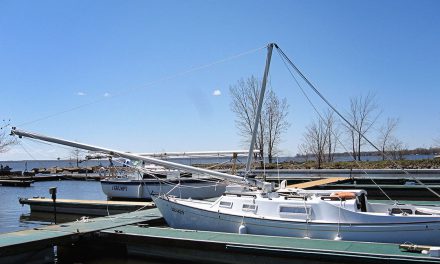 Rise Up! How to Raise Your Sailboat Mast