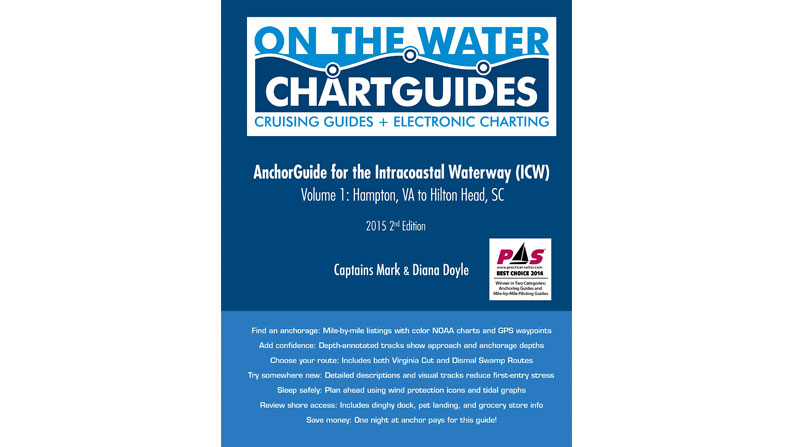 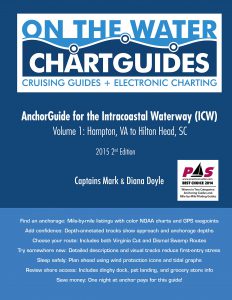 In the 1980s, the development of the satellite-based Global Positioning System (GPS) launched a revolution in marine navigation. Following Magellan Navigation’s first commercial handheld GPS in 1989, a plethora of GPS-based charting systems came to market. Computer-based charting is now so ubiquitous that many boaters see paper charts as antiquated, a view testified to by the National Oceanic and Atmospheric Administration’s recent announcement that, as of April 2014, it will no longer print traditional lithographic (paper) nautical charts, but it will provide electronic and digital charts. (For traditionalists, it will print paper charts on-demand.)

Yet, although electronic charting seems to have turned the nautical world upside down, we are still in a transitional stage, and the demand among boaters for paper charts and cruising guides continues to flourish. The heavily traveled Intracoastal Waterway (ICW) and related waterways is the subject of several chart books and guides, and most of them are offered in both paper and/or digital format. Maptech offers dozens of chart books and guides, and Dozier’s Waterway Guide sells several guides (a 2014 edition of the Atlantic ICW guide is forthcoming), as well as chart books. John and Leslie Kettlewell’s long popular Intracoastal Waterway Chartbook Norfolk to Miami is now in its 6th edition (2012), Skipper Bob’s Anchorages Along the Intracoastal Waterway(now owned by Dozier’s) is in its 18th edition, and a new Great Book of Anchorages for the ICW was published in 2012 by past editors of Dozier’s. The two-volume ICW anchorage guide under review here is the sixth title to come from Mark and Diana Doyle’s own semi-local publications LLC.

Ann Dermody, in BoatUS magazine (February 2011), described Mark and Diana Doyle’s life as “a marriage made on the water.” They met at a New Hampshire marina, each hold USCG Master Licenses. They have cruised together for over a decade. Their first ICW cruising guide, Managing the Waterway, appeared in 2005. As an extra offering, they began selling two CDs containing U.S. raster and vector charts, which NOAA and the U.S. Army Corps of Engineers distribute free of charge. Displaying both their cruising guide and CDs at boat shows, they soon gathered a good following of boaters who took advantage of the online updates to the cruising guide and annual updates of the chart CDs. By 2009, the Doyles had published a second cruising guide, for the Florida Keys; updated and revised Managing the Waterway under the new title CruiseGuide for the Intracoastal Waterway; and published the first of a planned two-volume chart guide for the great loop. To enhance their computer charting CDs, they included with the charts free and trial e-charting software and reference materials, and in 2008 they published Get Onboard with E-Charting, advertised as “a complete reference guide to electronic charting and PC-based marine navigation.”

Mark and Diana’s latest offering, AnchorGuide for the Intracoastal Waterway (ICW), is representative of nautical charting’s transitional stage. It uses 5½ x 7-inch computer screenshots of raster charts for each anchorage, most of which are overscale. Each anchorage chart has its own full page and is annotated to show marinas, boat ramps, hazards, bridges, and such. Each page is headed by the anchorage name, ICW statute mile, longitude and latitude, and a compass rose showing wind protection. If the anchorage is near a tide station, a tidal graph is at the top of the page, which shows the depth when the Mark and Diana actually anchored there. Under the chart itself is a brief summary of the anchorage along with useful data: distance off the ICW, depth, nearest tide station, wind protection, scenic quality, roominess for boats, shore access, availability of shopping, and taking dogs ashore. The back cover has a useful guide to the information available on each chart page.

The single most interesting feature of the charts in this anchorage guide is that the Doyles actually surveyed depths in the anchorage and its approach, marking them on the chart with a calibrated depth-sounder linked to their computer. A “digital bread-crumb trail” of depths starts where they left the ICW and marks their path into the anchorage. It shows precisely where they anchored, then traces their departure path back to the ICW. For anchorages where chart depths are spotty, this trail of actual depths is helpful. One can see on a number of their anchorage charts where the official chart MLLW depth indicates a shallower depth, perhaps as much as three feet, than the Doyle’s actual reading.

Every chart book, anchorage guide, and cruising guide, however, has its shortcomings. While the annotated depth tracks are a very attractive feature of the AnchorGuide, the oversized charts tend to be a bit blurred and, occasionally, annotations on the charts obscure navigation information on the actual chart. Information for each anchorage is good, but the data sections lack any indication of the bottom type (sand, mud, grass). The charts themselves begin at Hampton Roads and follow by statute mile on through to Miami, but there is no index, no table of contents, and anchorage chart pages do not indicate the state in which the anchorage lies. Thus, overall route planning using the AnchorGuide is hampered; one probably will need to use a full-size ICW chart to figure out exactly where anchorages in the guide are located along the route. Compared to Kettlewell’s Intracoastal Waterway Chartbook, this is a real flaw.

In the end, I just wonder how much more valuable the Doyle’s depth tracking into anchorages would be if they were overlaid onto a digital raster chart that one could actually follow in real time on a chart plotter. And, like the anchorage information on ActiveCaptain, all the other information could be brought to the screen through a text box. Perhaps this will be the logical evolution of the AnchorGuide from paper to e-charting. 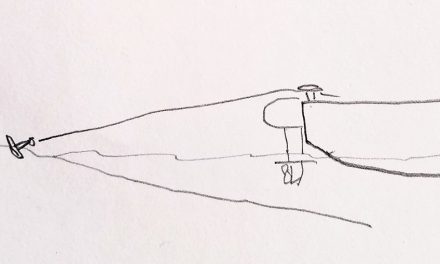 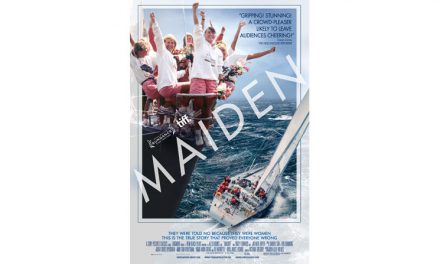