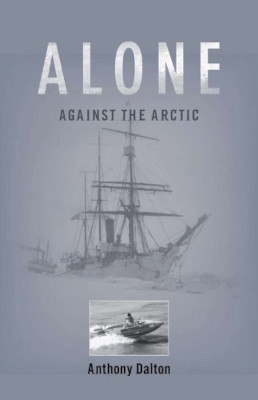 One man, one boat, lots of ice, and lots of chutzpah. Alone Against the Arctic is the tale of Anthony Dalton’s 1984 attempt to make a solo transit of the Northwest Passage in a small inflatable.

Although Dalton never succeeds in even reaching the passage, he does discover the unforgiving nature of northern waters and the cold justice of the Arctic. He expertly infuses his own story with accounts of other Arctic explorers and earlier expeditions that traversed the same landscape. The book includes photographs of these earlier expeditions alongside pictures of his journey. Dalton writes a compelling page-turning story and describes his difficulties and his mindset in great detail. He gives the reader an acute sense of how he copes with his frustration, his indecision, and his mistakes.

Dalton encounters many difficulties — a capsize early on, uncooperative weather conditions, and the closing of a small window of opportunity (open water exists only for a brief period of time — or at least it used to!) to complete his journey. He ends up stuck at a small outpost waiting for fuel, and his descriptions convey the bleakness and remoteness of small communities such as Nome and Point Hope.

Dalton’s voyage would be easier for the reader to track if he had included more detailed maps. Although he accurately tells the reader about his course, and the landmarks, it is frustrating not to be able to look at maps that show exactly how he is progressing; too much is left to the readers’ imagination. The book designer’s or publisher’s decision to make the photographs tiny is also unfortunate.

The writing style sometimes breaks into flowery prose that is perhaps not ideally suited to an adventure story. But they are infrequent enough that the reader is able to steer clear of them and continue along the path of an engaging narrative.

If you like adventures along the lines of Shackleton’s attempt to cross Antarctica, you will find this story entertaining. Although Dalton’s expedition is limited in scope — one man in one small motorboat — he is up against some rather formidable and unfavorable circumstances and lives to tell his tale. 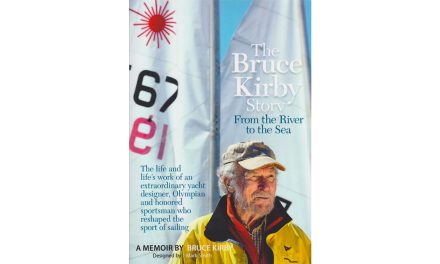 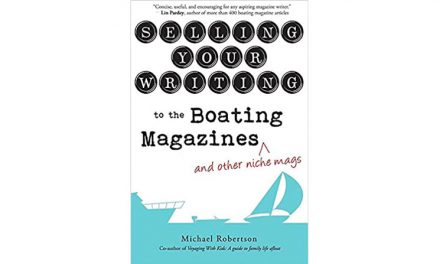 Selling Your Writing to the Boating Magazines (and Other Niche Mags)