The Last Voyage of the Karluk: Book Review 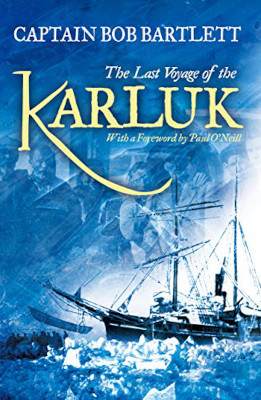 This book, originally published in 1916, is Captain Bob Bartlett’s story of the loss of the sailing vessel Karluk during an arctic expedition that had begun in 1913. It is a gripping tale of being locked in the ice off north Alaska’s Point Barrow in the Beaufort Sea, about losing the ship to the ice pack well above the Arctic Circle, and about the survival activities that spared at least some of the crew.

One of the most interesting parts of this tale is the captain’s 700-mile journey in search of help. He, one other man, and a team of sled dogs crossed the frozen ocean and Siberian coast on foot. While these two are on their long trek, the remaining surviving crew members winter over on an island in the hope that these two will reach civilization and send a means of rescue.

Captain Bartlett tells of the Eskimos he encounters on this journey and offers observations about the slice of life as he sees it in the early 1900s. He makes vivid a Siberian Eskimo culture which is not likely to have survived to this day.

The Last Voyage of the Karluk by Robert Bartlett (Rattling Books, 2005)