Posted by The Editors | Uncategorized

Cavan Lyons, a documentary film student at Fairhaven College of Interdisciplinary Studies in Washington, traveled to Victoria, Vancouver, this past August to spend time with 76-year-old Jeanne Socrates ahead of her early-October departure on a voyage that, when completed, will result in Jeanne being the oldest person to ever have sailed solo, non-stop, unassisted around the world (she is already the oldest woman to have completed this feat).

Being a film student, Cavan brought his camera and produced an outstanding 12-minute mini-documentary that really communicates who Jeanne is. After watching it, you’ll feel like you spent the day with Jeanne aboard her boat. 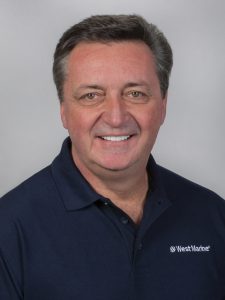 A NEW BOSS AT WEST MARINE

West Marine has hired a new CEO, Ken Seipel, and he’s an outsider. He was formerly the CEO of Gabe’s, a clothing retailer on the East Coast. Before that, he was an executive with other clothing retailers, including Old Navy, Target, and JCPenney. According to the bio released by West Marine’s PR firm, Ken’s not a boater.

For this CEO gig, it’s probably more important to be savvy in business than savvy on the water, but we’re trusting that Ken has a panel of in-house boater-advisors to help him understand and connect with the West Marine customer. After all, this is a company whose market is comprised 100 percent of boaters. We wish Ken Seipel and West Marine enduring success.

Marty Essig, competed for Team Canada in the 2000 Sydney Olympics in the single-handed dinghy competition 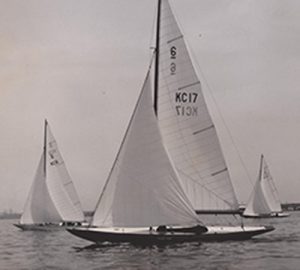 Harry Greening, the late speedboat pioneer, who was born in 1880 and competed at a time when hitting 25 knots — under power — was enough to set records.

Dick Scott, successful racer in the 6-Metre class of the 1960s. Speaking of the 6-Metre class, Harry Penny once said, “As a 6-metre sailor during their heyday in the 1960’s, the writer cannot claim to be objective about the merits of this class; he only knows that he was spoiled for any other kind of racing. Afterward, all other boats seemed graceless, sluggish, and unresponsive.”

Larry Scott, son of Dick Scott and member of the 1972 Canadian Olympic team, competing in the mixed two-person keelboat event in Munich. 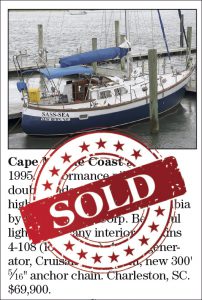 Fact: 26% of the boats listed for sale on the classified pages of our September issue sold before the November issue hit the streets. That’s 5 of 19 boats, sold! Are you selling a sailboat, or looking to buy one? The Good Old Boat classified pages are a huge, valuable resource. Brokers! You’re missing the boat if you’re not listing in Good Old Boat magazine, an incredible value. Subscribers! Don’t forget that you’re entitled to a free online listing each year.