STAR BABY IN THE SUMMER OF LOVE

“Old boats rule,” is how reader Peter Allen put it in his email to me about the story he sent me on the Great Pumpkin Pursuit Race on San Francisco Bay. According to pressure-drop.us, the online sailing forum and news site, this was the 50th anniversary of this storied race, what they called the Summer of Love edition. But what was more special about this race was how the old boats did rule. Peter’s own Star Baby, a Cal 20, finished second overall (it was his first time racing this boat!), right behind another Cal 20, Richard vonEhrenkrooks’ Can of Whoopass. Read the riveting account by clicking here.

Boating Writers International (BWI) is a professional organization consisting of writers, editors, publishers, photographers, and others working in marine journalism. Most of the members are active marine journalists across the United States, Canada and Europe. Every year BWI conducts their Annual Writing Contest. The 2018 contest is the 25th annual contest and is for writing that was published in 2017. We’re always eager to learn whether any Good Old Boat writers’ entries are recognized…

Remember Terry Kotas stripping all the teak off Cetus in our January issue? Glassing over the decks in the heat of Mexico? Well, his “New and Cool Underfoot,” won a third-place cash prize in the Boat Projects category.

Remember “Catboat Postcards,” from our May issue? Contributor Craig Moodie earned a Certificate of Merit in the Boating Lifestyles category for that story.

We’re proud of them both.

And Good Old Boat Contributing Editor Fiona McGlynn earned a Certificate of Merit in the Technical Writing category for a story she wrote for Pacific Yachting magazine and a first-place cash prize in The Business of Boating category for her story in BoatUS magazine called, “Where Are All the Young Boaters?” Good Old Boat Contributing Editor Drew Frye earned both a third-place cash prize and Certificate of Merit for two stories that appeared in Practical Sailor. Roger Hughes, a frequent Good Old Boat contributor, earned a second-place cash prize for, “A Change of Rig,” a story he wrote published in the UK’s Practical Boat Owner magazine.

Imagine being a valued member of the crew who won the 2005-06 Volvo Ocean race. If your life is anything like mine, that achievement (especially considering all that leads up to reaching that point) eclipses just about every notable thing I’ve done. But if you’re Stan Honey, you’ve done that plus you’ve logged 11 wins in the Transpac. And you’ve held speed records for sailing around the world, across the Pacific, and across the Atlantic. You’re married to Sally Honey, two-time U.S. Yachtswoman of the Year, and you were U.S. Sailing’s 2010 Rolex Yachtsman of the Year.

Stan has an unbelievable sailing resume. And yet, that’s not what this story is about. This year, Stan Honey is being inducted into the National Inventors Hall of Fame.

You see, in his spare time, Stan invented the artificial lines you see on your TV screen when watching NFL games and other sports, including sailing. You’ve gotten used to seeing where the first-down line is, but it wasn’t that way before Stan Honey got to thinking about how to make that happen.

He’s quite an accomplished individual and deserves all the recognition he gets. 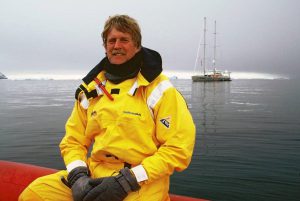 According to the New Zealand Herald , Jose Irandir Cardoso, sentenced to 32 years in prison more than 16 years ago for his role in the 2001 murder of Kiwi sailor Sir Peter Blake on the Amazon river, was recently apprehended on the Brazilian island of Marajo by military police.

Sir Peter was a national hero in New Zealand, knighted for his sailing successes and dedicated to environmental causes when his life was cut short at 53. The Blake tragedy is often brought up as an argument against carrying firearms aboard cruising sailboats for protection.

It was 90 years ago that Captain Philip Van Horn Weems and Margaret Thackray Weems started a business in their Annapolis, Maryland, home making and selling navigation and weather instruments for mariners. Today the company is still located in Annapolis and going strong. Are you a creative photographer with an old Weems & Plath instrument on your good old boat? You may want to photograph your artifact and enter the company’s anniversary contest. To find out more about the particulars of their anniversary activities, follow Weems & Plath’s Facebook page at: www.facebook.com/WeemsAndPlath.

ON THE WATER FOR A TIMELY CAUSE

Days before we went to press, four British men finished pedaling their craft 3,000 miles across the Atlantic to raise money and awareness about mental health issues in young men. Seems like a worthwhile endeavor given the amount of pain and devastation just one disturbed young man can wreak.

They are the first group to have crossed the Atlantic by pedal-power alone and in doing so have already raised about £175,000 of their £200,000 goal, to benefit The Charlie Waller Memorial Trust, whose efforts help people to recognize the signs of depression in both themselves and others, so they know when and how to seek help. For more information and to donate: www.pedalthepond.com. 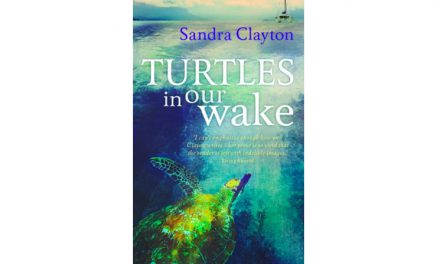