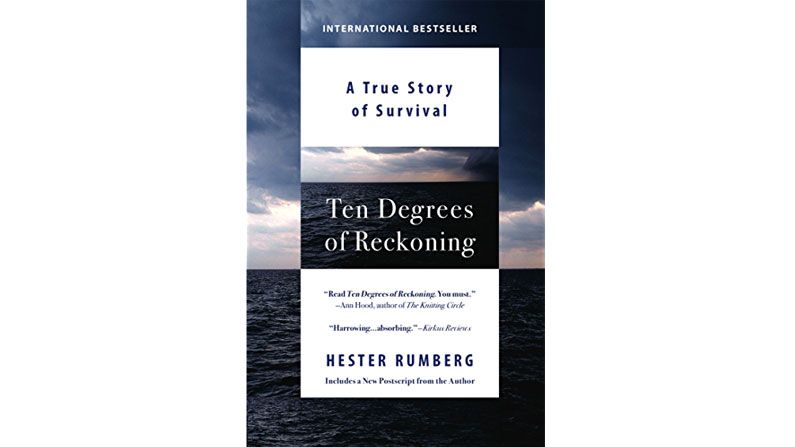 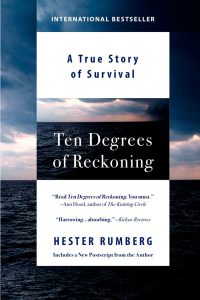 On November 24th, 1995 the sturdy 47-foot Compass, Melinda Lee, sailed in 35-knot gusts and 8-foot seas at the end of a long passage and only 20-odd miles from her destination in New Zealand. Mike and Judith Sleavins had tucked their two children into their berths and were preparing for their last night at sea.

For almost three years, the family had been living their dream. In 1993, they’d cast off from San Diego, California, and sailed down the Pacific coast of Mexico and Central America, stopping to make friends and explore new lands and customs. They were home-schooling their children along the way. A typical cruising family unknowingly facing an atypical and tragic fate.

Hours later, Melinda Lee was run down by a freighter in the night and Judith was the sole survivor. Her family was gone . . . her husband . . . her children . . . and she was alone, sprawled across an upturned dingy in high seas, miles from land, with a fractured skull and broken ribs and vertebrae. The question was not would she survive; but would she want to?

That tragedy could have been the end of this true story, yet it is the beginning. Because the story is not just about lives lost, but lives lived. It is about the indomitable human spirit that exists within all of us. It’s about friends sacrificing to help friends. It’s about strangers becoming saviors. It’s about fighting overwhelming physical and emotional pain. It’s a search for justice for three lives lost to a lurking black hull that abandoned them that night without even contacting rescue people who could have saved them. It is about enduring the impossible and making life not only possible, but meaningful and fulfilling. It’s about things beyond our understanding, like the observation of the rescue pilot first on the scene . . . something he could never report to central command for fear it could cost him his job.

After her rescue, Judith was besieged by journalists, noted novelists, filmmakers, and others clammoring for the rights to her story. They offered a lot of money. She turned them all down. It was too raw; too painful to retell. Only after 13 years had passed did Judith realize that her story had to be told, but not by those who might manipulate it for commercial purposes. And so she asked her friend . . . her daughter’s godmother, Hester Rumberg, one of the few people she could talk to about what had happened, to write her story.

A bluewater sailor herself, Hester understood that silent truth all sailors know that the sea will take you if it wants you. She’d voyaged aboard a 26-foot boat to Hawaii. She’d sailed with the Sleavins aboard Melinda Lee and hugged Ben and Annie before their bed times. She’d rushed to New Zealand when she heard about the tragedy. Hester’s friendship and the efforts of so many others who befriended Judith and helped her recover are a large part of her story.

The search for, and eventual charges against, the ghost ship that plowed through the dark ocean November 24, 1995, without navigation lights, without a radio or radar operator and without a watch on deck, are part of this story. A life-and-death decision aboard that invisible ship to change course 10 degrees to avoid a collision led to the vessel ramming Melinda Lee broadside, is part of this story. Although Hester Rumberg was not a writer, she tells this story with insight, compassion, and a compelling narrative that takes you along on the Sleavins’ adventures. It’s raw. It’s disturbing. It’s embracing and inspiring. And it’s true. Read this book. You’ll be glad you did, and you’ll never forget it.

Editor’s note: I’ve not read this book, but I remember this tragedy first being reported. I was living aboard in Ventura, California, at the time, planning my own cruising adventure. The Sleavins were friends of some of my dock neighbors, and former residents of nearby Santa Clarita, if I recall. Nearly two decades later, out of the blue, other friends, non-sailors living in Portland, Oregon, told me they’d met a café owner near their home, a woman with a tragic past named Judith. It’s a small world, off and on the water. –Michael Robertson

How to Rename Your Boat: Book Review