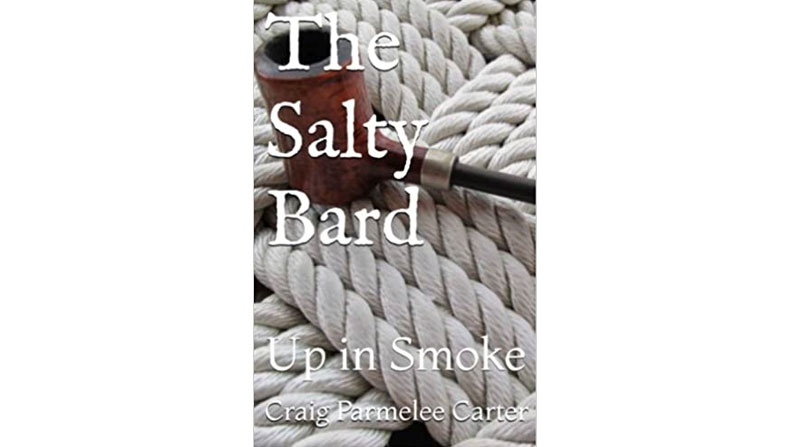 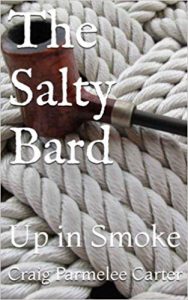 For those who sail there are magic moments; and not all of them come with the canvas flying.  While the swoosh of a hull slicing through white caps can quicken the pulse of any good old boater, there are other, equally unforgettable memories, only the sea-stricken share. Good times with family and friends conversing over a meal and beverage while tied to the dock. Diving off the stern into ice-cold water on a blistering summer day while your boat sways at anchor in a sheltered bay. But the moment the Salty Bard makes magical is that one we all know; huddled below decks in the dark of night as the boat dances on the hook, the wind and waves tossing our bodies and teasing our minds. Rain pelting a machine-gun melody on the deck over head and us wondering if that anchor will bite and stay…or drag and wander as we sit and ponder. It’s then…that moment when you call together your crew, young and old, and reach for the slender tome of poems, Up In Smoke, by Craig Parmelee Carter; or as he is better known…the Salty Bard.

You read aloud in a calm and soothing voice, the rhyming couplets cascading across the hushed silence. Their eyes widen as the verses pour forth bringing with them images of ships and seas and seafarers of long ago or just yesterday. The storm outside becomes less fearsome as they knowingly nod at the wistful “Sailor’s Dream,” smile at the whimsy of “Tattoo,” shudder at the ghostly spirits “Aboard the Charles W. Morgan” and sing along to “Yacht Club Party,” for those who are old enough to remember Ricky Nelson’s song, “Garden Party.”

One after another, the stories roll forth with soothing, comforting contagion. All is well and the moment is seared in impressionable minds to be evoked over and over again in days to come. Up In Smoke is a sailor’s poetic romp that should come as standard equipment aboard every good old boat. With wit and humor and insight, The Salty Bard captures the thoughts and feelings all sailors have known at one time or another. With each reading there’s something new and fresh that emerges…a thought…a feeling…a remembrance…that was somehow missed before. The Salty Bard is a master painter with the sea his canvas and poetry his pallet. Buy your copy of Up In Smoke today…read it forever.

The Salty Bard: Up in Smoke by Craig Parmelee Carter (Beachwrites, 2017; 48 pages) 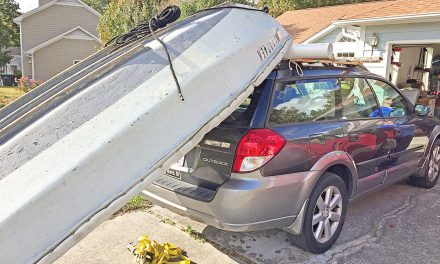