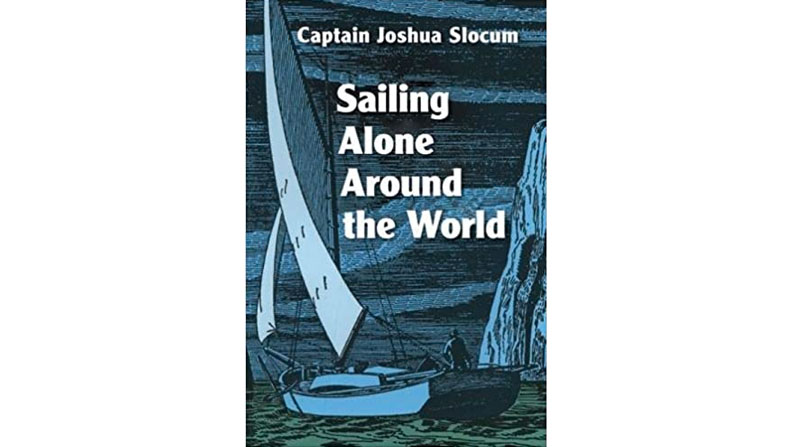 Just when you thought there was nothing new under the sun when it comes to publishing Joshua Slocum’s classic book, Sailing Alone Around the World, you’re about to be proved wrong.

There are book editions galore. Even more books have been written about Joshua Slocum. And sailors have followed in his wake a century later. There are other books written by Captain Joshua Slocum that have been published together with Sailing Alone. Narrators of audiobooks by the score have added their loving touches, including the first audiobook Good Old Boat produced, which is available from our AudioSeaStories.com download store.

Like the rest, we couldn’t restrain ourselves. Slocum’s tale is a classic for sailors and others as well. Joshua Slocum was, after all, the first to sail singlehanded around the world (1895 – 1898) and he chronicled that voyage very well, first as installments for a couple of U.S. newspapers and then as the book we cherish today.

But Slocum himself has been dead since 1909, so what could possibly enhance his tale more than 100 years later? The folks at Zenith Press found a way. They created a lovely coffee-table edition of Sailing Alone Around the World with the addition of excellent photos from Slocum’s time and current and old photos of the areas he visited on his route. They added artifacts and maps as well. This new edition will be popular even with those who have read it many times before. The introduction is by Geoffrey Wolf, an American novelist who wrote his own biography of Slocum, The Hard Way Around: The Passages of Joshua Slocum.

This book was released in early November with the clear intent of being available just in time for holiday giving. If you know a Slocum fan, this is the right gift.