The July/August issue showcases the Southern Cross 31 as the review boat and the West Wight Potter as the feature boat. Kate Godfrey-DeMay discusses the history of the Cheoy Lee Company, and Andy Shanks restores his San Juan 24. Dan Spurr’s new book, Heart of Glass, is featured with an excerpt. Theresa Fort tells how her liveaboard family conserves water, Bill Sandifer reviews the steps he went through when buying a new furling headsail, and Ted Brewer discusses keel design. Norman Ralph installs an anchor windlass on his good old boat, John Geisheker tells of a classic sailboat race in New Zealand as part of the America’s Cup festivities (in which John gets a chance to sail with Lin and Larry Pardey), and Gordon Group tells how he learned it was time to cruise, rather than race. Lorne Shantz is our featured artist, and Reese Palley and Pepper Tharp bring the Reflections page to life. A new section called Quick and Easy projects features Brian Engelke on building windscoops, Glyn Judson on creating a freshwater rinse for his saltwater engine, and Jerry Powlas (who really can’t do anything quickly or easily) tells of the simple whisker pole chocks you can build easily now that he’s done it the hard way. 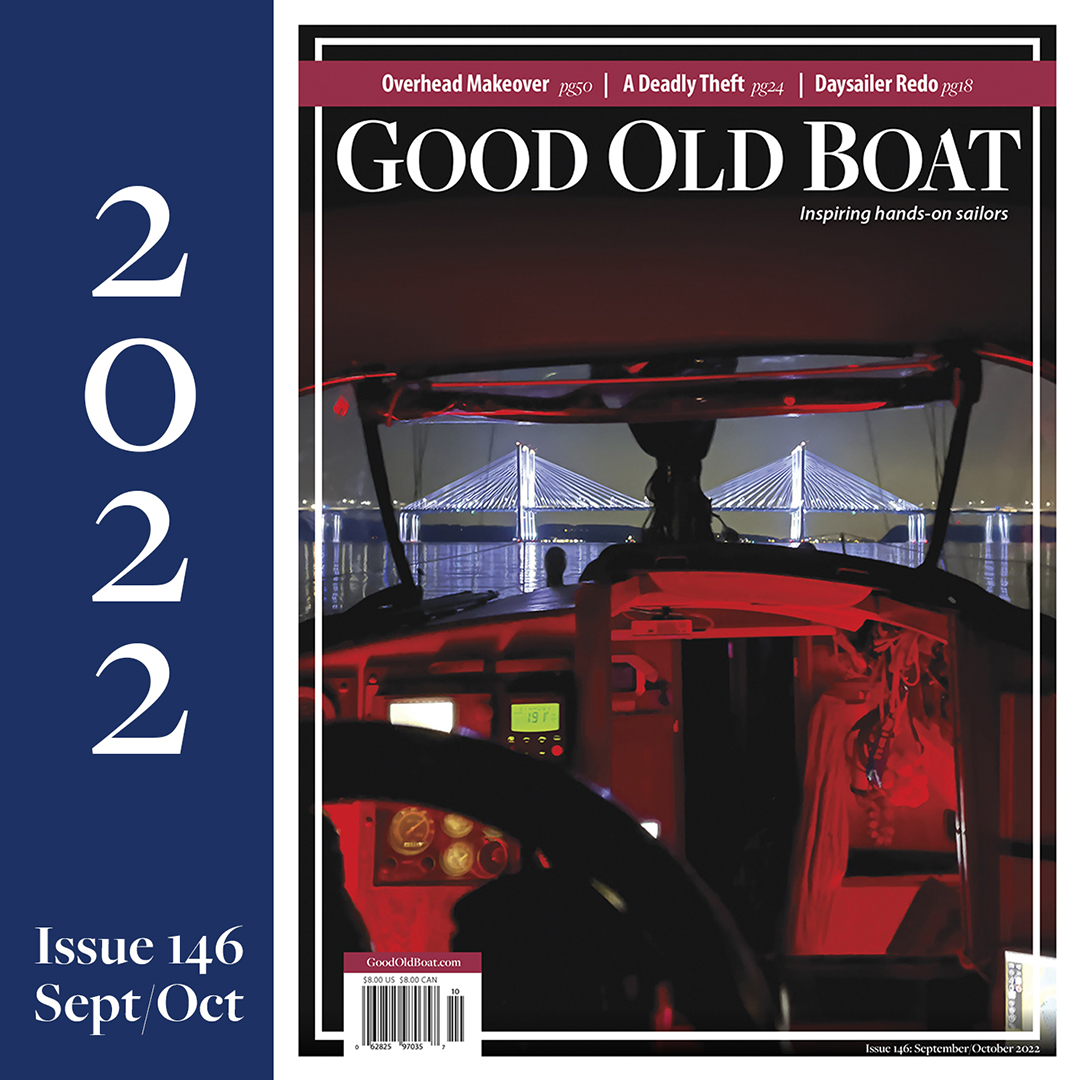